Photo by Julieta Cervantes. Courtesy of the Denver Center for the Performing Arts 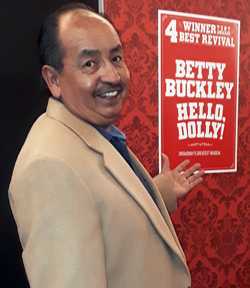 During these tumultuous times of political division and social polarization, climate change concerns and so much else going on in the world it is good to be reminded that most all human beings still have one value in common, Love,  the need and search for love and happiness is still a basic human instinct. 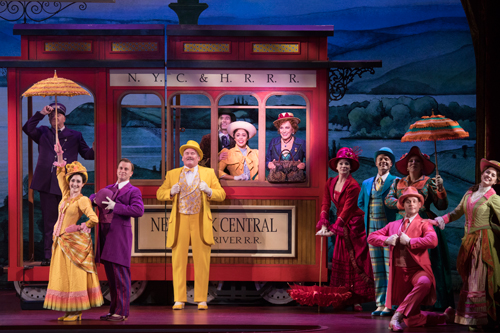 Hello Dolly opened in Denver last night and immediately stole everyone’s heart. Maria Stevinson said the play was a great escape from the rest of the world, even if it was only for a couple of hours. “I didn’t think of anything else and just enjoyed what was happening on stage.  The play left me felling happy, kind of warm and fuzzy,” she said.  Luisa Vigil wrote on Facebook, “I Had the privilege of seeing it last night, and it was fantastic!! That seemed to be the common reaction judging by the prolonged standing ovation the audience gave the show.

Dolly Levi is a matchmaker, among the many other services her various business cards offer. A widow herself, she has gone to Yonkers, New York to help the infamous Horace Vandergelder, a half millionaire find a mate. Vandergelder is really only looking for a woman to help him around the house. It would help if she was pretty and young.

Vadergelder runs a feed store and has two clerks who he works tirelessly. When Dolly convinces Vandergelder to go to New York City, the clerks, with Dolly’s encouragement and very little money, seize the opportunity to live life a little and go on adventure of their own to the big city they have never experienced. Who knows maybe they will meet a couple of girls there.

Throughout it all Dolly has devious romantic intentions of her own and what follows is a hilarious whirlwind madcap adventure of looking for love in mostly wrong places. 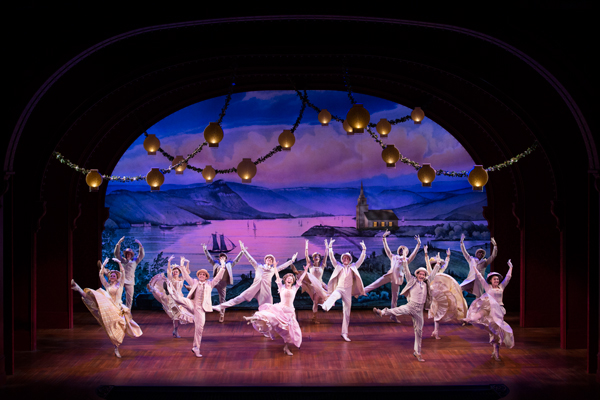 The live orchestra music, dancing, the colorful lavish costumes, the entire cast and the sets designs are all amazing and wonderful but it is the accomplished Betty Buckley that commands the show. 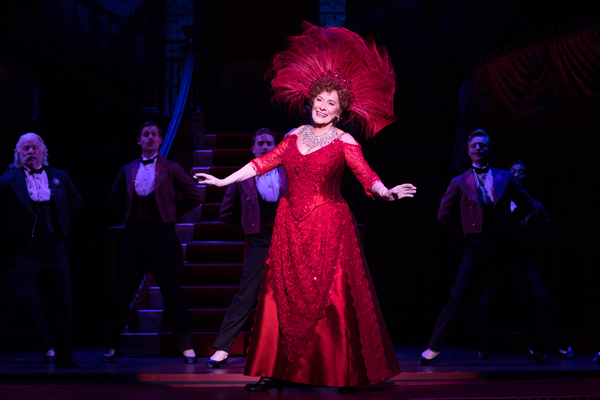 Betty Buckley as Dolly Levi. Photo by Julieta Cervantes
Courtesy of the Denver Center for the Performing Arts

The 71 year-old Buckley has the energy and charisma of anyone much younger with a strong voice and vigor equal to anyone else on stage with her.  She has been called “The voice of Broadway”. She has recorded 18 solo albums and is a Tony Award winner. Buckley has been recognized  for her  performances in the Broadways hits Sunset Boulevard, Cats, Carrie, Pippen and others too numerous to mention. Her stints on television are also impressive, she has appeared in Supergirl, Chicago Med, Law & Order, OZ and many more. She also holds two honorary doctorates for her contribution to musical theater.  Yes, Betty Buckley is the real deal. Unfortunately Betty Buckley will not be performing in Denver the second week of the run, April 2-7.

The role of Dolly Levi is a coveted one that has been performed by Carol Channing, Bette Midler, Pearl Bailey, Barbara Streisand, Mary Martin, Betty Grable, Phyllis Diller and Ginger Rodgers. 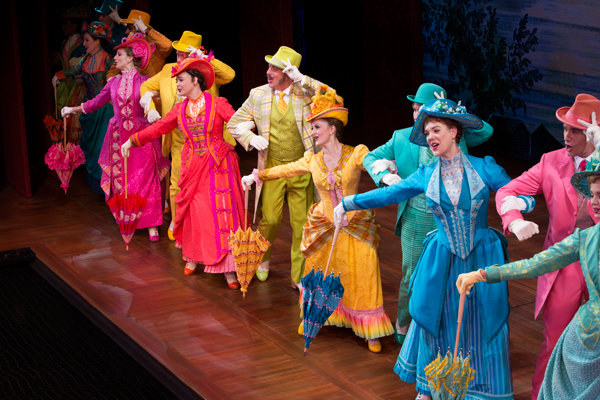 The play itself Hello, Dolly! was first produced on Broadway by  in 1964, winning 10 Tony Awards, including Best Musical. This set a record which the play held for 37 years. The show album Hello, Dolly! An Original Cast Recording was inducted into the Grammy Hall of Fame in 2002.[1] The album reached number one on the Billboard album chart on June 6, 1964, and was replaced the next week by Louis Armstrong’s album Hello, Dolly!

The show has become one of the most enduring musical theater hits, with four Broadway revivals and international success. It was also made into the 1969 film Hello Dolly! which won three Academy Awards.

Personally, I really enjoyed Hello Dolly. It made me feel like I was on a merry go round at an amusement park with me just enjoying the ride as a carousel of characters surrounded me making me dizzy with all their antics. It was great fun, a good break from all the daily distressing news . There are no deep messages to be conveyed in this production, unless you consider Dolly’s line “Money, pardon the expression, is like manure. It’s not worth a thing unless it’s spread around, encouraging young things to grow,”  to be meaningful. Mostly this play is just good old plain fun.

Would I go see Hello Dolly again? In a heartbeat!

Put some joy into your life this Spring. Get out at see the entertaining musical called ‘Hello Dolly’

“You Lost Me” But For How Long? Latin Life Denver Theatre Review