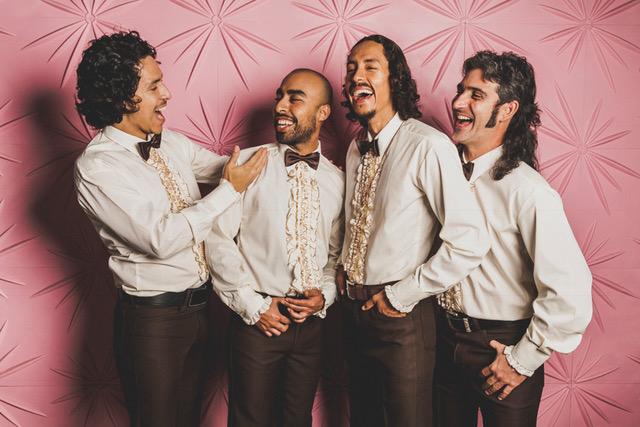 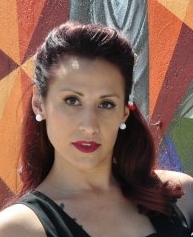 If someone were to ask me which obscure cultural icon I most associate myself with, it would be Donna, Cheech’s lady lover from all the Cheech and Chong movies. I’ve always thought Donna embodied everything fantastic about the times, plus, in his day, Cheech was super fly. Now, if that same person were to ask what the soundtrack to my modern day Donna would be I would have to answer Chicano Batman. Their soul filled, organ heavy sounds are perfect for cruising Feds with my Cheech stand in. The special blend of psychedelia, low rider oldies and touches of cumbia speaks to a young, brown identity. 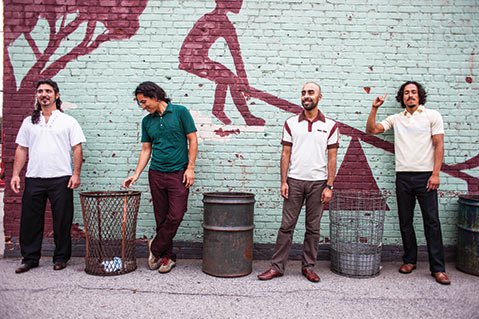 The music of Chicano Batman is important especially today when people aiming for the highest office in the land are attempting to convince the country that we are less than human. The guitarist for Chicano Batman, Carlos Arévalo,  was gracious enough to be interviewed for Latin Life Denver Radio and he emphasized the band’s desire to “spread positivity, love and understanding” in the midst of such divisive times.

As a woman, their songs are especially empowering. Songs like “Itiotani” and “She Lives on My Block” speak of wild haired women with skin the color of Mazapán. In times like this, validating experiences can be few and far between. Our necks have had to become strong because we must hold them high, even when we want to let the weight of our experiences allow them to

hang. Listening to a song like “Samoana” that speaks of the beauty in the simplest things like cooking and ironing, or “Itiotani” which is an ode to the depth of culture that women possess, these songs make you smile. These songs make you feel like you are seen.

Besides being total dreamboats, th 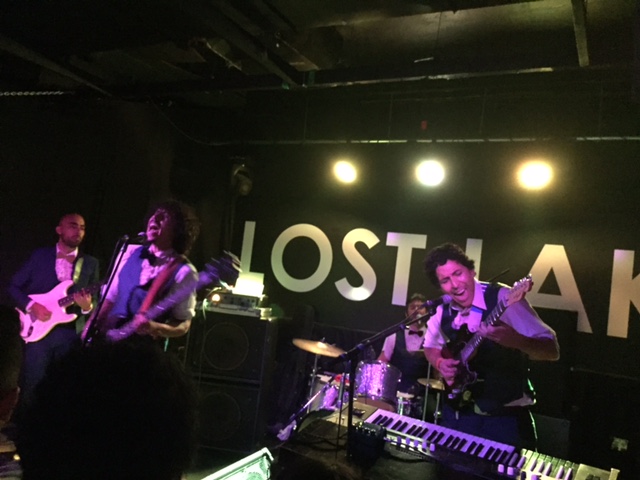 e men behind the music are just as humble and sweet as their songs (they did after all put up with my several references to the actual Batman, but more on my high levels of social awkwardness later).  Carlos promised that their show on the 18th would make show goers sweat and smile. I can tell you, they delivered. The show was at Lost Lake, a relatively small venue on Colfax. Though it was small, they packed it in and it was perfectly intimate. There was no bad place to stand, except maybe for those behind me and my 6 inch heels. The crowd was full of every type of person you could imagine and that air of positivity flowed through to all of them. A lot of times concerts can seem like a lot of work, dipping and dodging to avoid people banging their bodies into yours. This one was all love. The crowd was open and full of movement and smiles.

True to their vintage style the band all wore matching ruffled tuxedos, an ode to the soul groups who inspire them. Their big smiles and even bigger spirits were infectious and made the evening truly one to remember. They played all the songs a fan would know as well as a few from their upcoming album. I could paint many pictures of the evening for you but I suggest you just experience it for yourself. You can start by going on to www.chicanobatman.com and buying any one of their releases. Then, keep your eye out for the next time they’re in town, however far away that is, I promise it’ll be worth the wait.