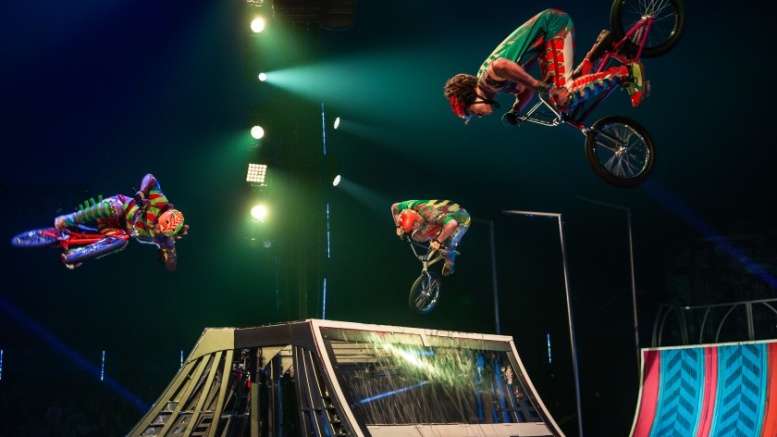 Denver’s North High School had the honor of being the only school in the metro area to receive a visit from members of the famed Cirque de Soleil earlier this week. The visit was due in large part to former North High School graduate A.J. Anaya. About 50 students with good school grades and attendance were invited to a sneak peak of what is coming to Denver next month. When asked how many had ever seen a Cirque du Soleil show only four students raised their hands so most were not sure what to expect.

After a couple of videos showing what Cirque du Soleil and Volta was all about the students were treated to an amazing display of Rope Skipping Performers, like no others,  with an urban hip hop attitude that had students excited and engaged. (see video) VOLTA’s main performer Joey Arrigo captivated his young audience with his purple hair and acrobatic ballet number. Arrigo plays WAZ, whose character goes through a journey of self acceptance.  The word  volta is a noun and is defined in part a turning point or point of change 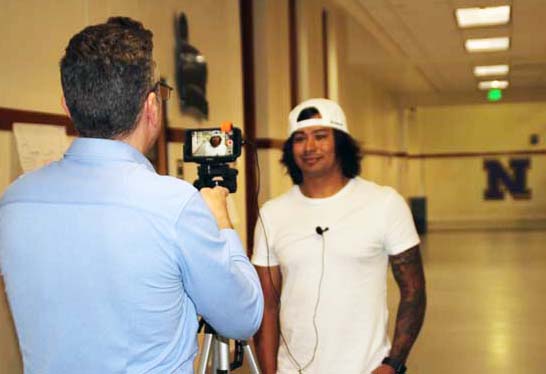 Self acceptance and change is really what VOLTA is all about. VOLTA is a captivating voyage of discovery. It’s about finding yourself, and unveiling your personal powers. Inspired in part by the adventurous spirit that fuels the culture of street sports, the show weaves acrobatics in a visually striking world driven by a stirring melodic score. VOLTA is a story of transformation. It is a point that both Anaya and Arrigo emphasized to students. “Time goes by so fast, enjoy your time in high school, it will be over before you know it. It is a time you will remember for the rest of your life so make the most of it, be your unique self and persevere over those who would bully or belittle you”, said an exuberant and confident A.J. Anaya. (see video below) Arrigo told the students, “People ask me all the time when did you find your free spirit? I tell them, I have found it so many times and I have lost it so many times.” he said, adding, “So I will continue to keep on finding it and finding it. I think I lost it almost everyday in high school trying to figure out who I was.” (see video below)

Anaya told the students to associate with those that will add positively to their lives and careers and to watch out for those who may take their lives in the wrong direction. “I grew up a few blocks from here at 32nd and Vallejo,” said Anaya. telling the youth, It was a much rougher neighborhood back then and I got involved with the wrong crowd but thanks to my love for BMX bikes I was able to break away from all that and surround myself with positive influences.” he said. 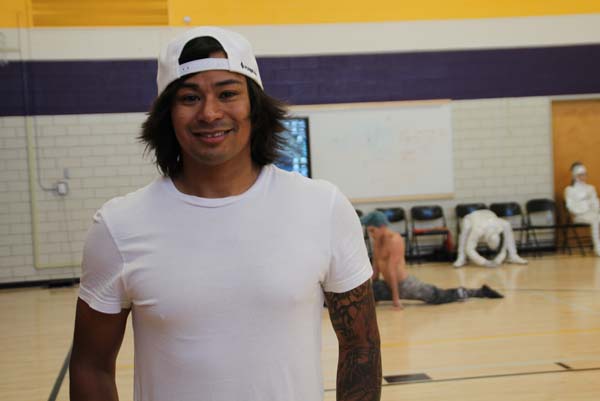 Anaya, who is originally from Chihuahua, Mexico came to North Denver at an early age and graduated from North in 2004. He is part of the current Cirque du Soleil’s production VOLTA Coming to Denver for a six week run beginning April 30th at the parking lot of the Pepsi Center.

Getting started back up. This time we’re in Tysons Corner VA. #bmx #cirquedusoleil #volta #virginia