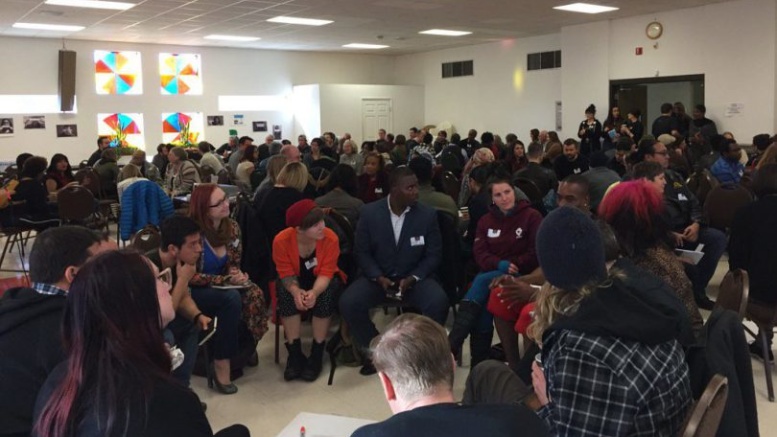 Participants speak in a Breakout session on business social accountability at the Denver Gentrification Summit on Jan. 13, 2018. Photo: Noelle Phillips, The Denver Post 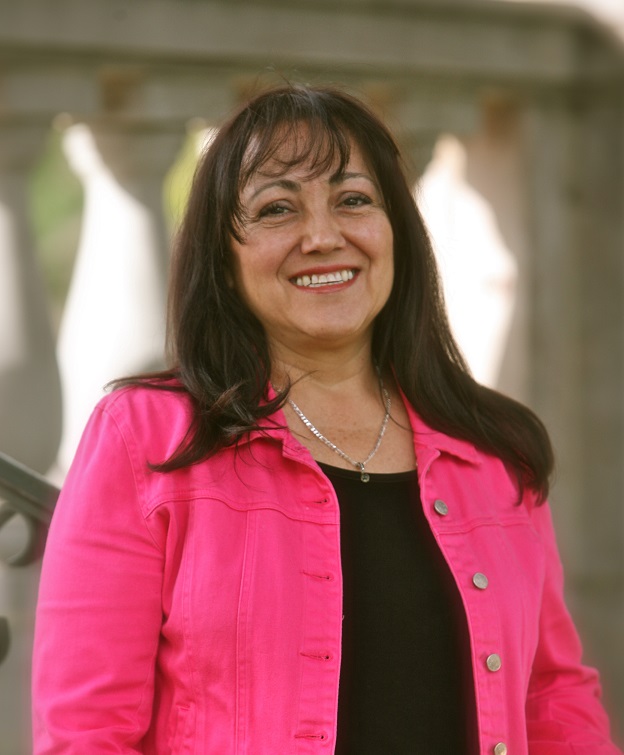 Isn’t it ironic that we’ve never seen more housing units constructed in this city, yet it is not attainable for so many individuals and families? This is why public policy matters.  We should establish policy clearly outlining minimum affordability requirements each time a development receives city funding or relies on financial tools such as tax increment financing (TIF). No more project-by-project negotiations. Developers, city staff, and residents would know up front how many affordable units must be included in every development.  The cumulative burden on infrastructure in a specific geographic area must also be addressed at the time of the proposed development. We should no longer expect the city/taxpayers to solve the problems on the back end.  Look at the 40th & Fox Street area near the old Regency Hotel, now called “Fox Island”.  Multiple very high-density rezonings have been approved (per the neighborhood plan) for transit-oriented development (TOD). The problem – only one access point which currently floods regularly. There was no plan to pay for construction of new roads or address flooding issues concurrent with development. Community Planning and Development (CPD) now realizes this “cumulative impact” issue I’ve been raising and is looking at solutions to these infrastructure challenges.

One of my core responsibilities as an elected official is to listen and to elevate what matters to the community I serve. As an at-large council member, I work hard to listen and weigh out what is in the best interest of our city and our neighborhoods, which is why I’ve been hosting small community meetings in neighborhoods across Denver. Thank you to everyone who has attended and helped facilitate these great conversations. Together we are strengthening our communities.

Two topics that keep coming up at these meetings are affordable housing and displacement, which were also echoed at the Gentrification Summit at Shorter AME Community Church. These issues are familiar and important to me, to friends, and to family members who are challenged to afford rising housing costs in Denver. I would like to call out the lack of concrete action for residents facing displacement and those who are housing burdened (paying more than 30% of their income for housing).

In 2016, City Council approved $15 Million in development impact fees and utilization of a half-mill of property taxes for affordable housing that the City began collecting in 2017. These funds combined with federal Housing and Urban Development (HUD) Community Development Block Grants (CDBG) are still not enough money to address the large number of individuals and families that are being forced out of their homes, neighborhoods, and the city by rising housing costs. To close this gap in funding, I fought to include $30 million in the November 2017 GO Bond initiative to fund immediate construction of affordable housing. Unfortunately, this was not included in the final proposal presented to the voters.

I still think this is necessary to make a difference in the lives of our residents and am supportive of All in Denver’s proposal to bond this half-mill of property tax to provide funds up front and address immediate affordable housing needs.

At our recent budget retreat, my colleagues and I identified housing and homelessness as priorities for the 2019 city budget.  We will be receiving the City’s Housing Plan in the next few weeks to be adopted by City Council. I will be looking to ensure that the Plan sets targets and includes specific goals, such as the number of housing units, number of shelter beds, and number of permanent supportive housing units. This plan must be specific and include a timeframe to guide all city entities addressing the housing crisis and measure progress.

Our communities are hurting and are tired of waiting, and frankly, so am I.

As Denver Gentrifies, Which Neighborhoods Are Losing Public School Students?