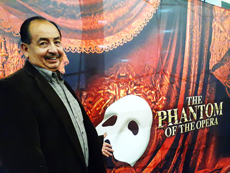 This was the third time I have had the pleasure to see Phantom of the Opera. Each time always seems like the first. My heart starts pounding with each crescendo of the live orchestra as it plays the touching and dramatic music of Andrew Lloyd Webber’s sensational score. Of course being directly under the huge chandelier as it drops from the ceiling sparks flying at the chaotic ending of the first act only exasperated my heart beat and those around me I’m sure. (See Video) 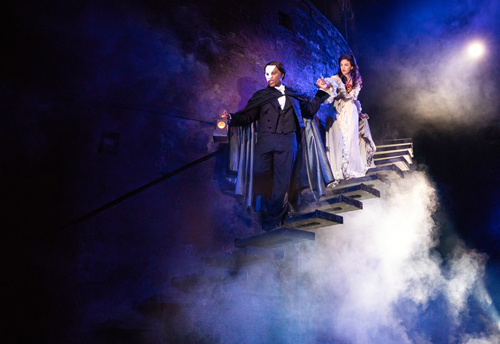 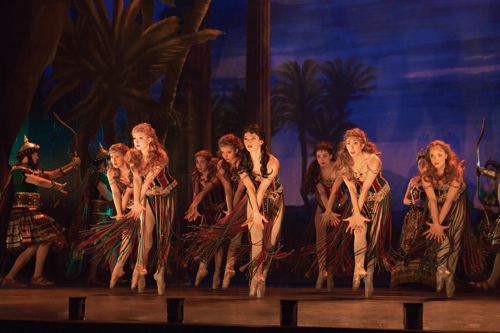 Patricia Rivera, who was in the audience for opening night told Latin Life Denver Media that she had seen the production last time it was in Denver and enjoyed it even more this time around. “Everything was just fantastic and wonderful from the amazing set designs, the costumes,  the ballet, the music, the acting, I just love everything about this production,” she said, adding I was especially pleased to see an African American playing the lead role of the Phantom. 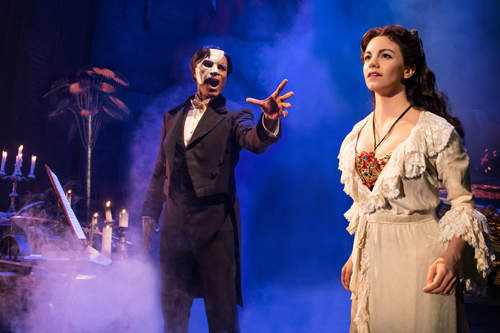 Barela’s friend Barbara Gorden chimed in saying this was her sixth time seeing Phantom and while she has enjoyed it each time this time was her favorite she said gleamingly.

Andrew Lloyd Webber’s instinct to make the emotional centre of the story a love triangle between the phantom, Christine and Raoul is the crucial difference between our musical, the original novel and other versions of the story said producer Cameron Mackintosh. It is that love triangle that gives this play it’s intense emotional grip on the audience. Who will Christine pick, Raoul or the Phantom? Will Raoul succeed in cornering and having the Phantom killed? The audience is left gasping at every turn. It is beautifully scary and thrilling.

Long story short, if you can get a ticket to this iconic theatrical production don’t pass it up. This travelling version of Phantom of the Opera has been on the road for six years. Its journey will come to an end after just four more cities. This may be the last time you can see the show in Denver. Of course you can always go to New York’s Majestic Theater where it continues to reign as the longest running musical in Broadway history.

Phantom of the Opera plays Denver.s Buell Theatre through November 17.