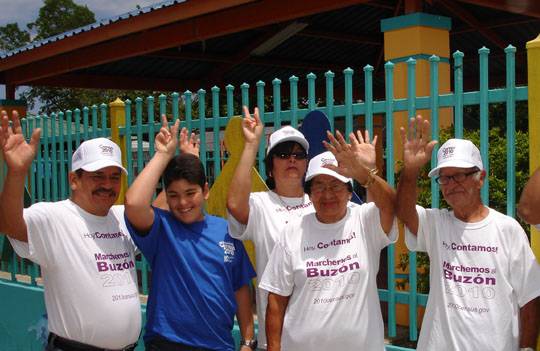 “The President’s actions are blatantly illegal and unconstitutional,” said Dr. Mike Cortés, executive director of the Colorado Latino Leadership, Advocacy, & Research Organization, better known as CLLARO.  He was referring to the President’s executive order to exclude undocumented immigrants from being counted, contrary to Constitutional requirements for actual enumeration every ten years of all persons in the country under rules set by Congress.  CLLARO’s governing board of directors voted unanimously in late July to condemn Trump’s executive order.

The organization condemned the administration’s attempts to end counting earlier than previously announced, and to prevent undocumented immigrants from being counted.

Cortés expects the order will eventually be invalidated in court.  CLLARO’s greater worry is yesterday’s decision by a newly appointed director of the U.S. Census Bureau to “end field data collection by September 30, 2020.”  The Bureau had earlier announced it was giving people extra time to respond to the census, due to delays caused by the COVID-19 pandemic.  The Bureau’s previous deadline of October 31 had been widely publicized.

Emily Cervantes, CLLARO’s manager of public policy analysis and research, is directing CLLARO efforts to encourage Latinos in Colorado to participate in the census.  An estimated 23% of Coloradans are Latino, and most are native-born U.S. citizens.  Many live in what the Census Bureau calls “hard to count” census tracts.  “Our work is far from done,” says Cervantes.  “Colorado’s response rate to the census is now only 66%.  Shortening the response time will worsen the undercount and result in inaccurate census data,” she added.  She predicts that Colorado will receive less than its fair share of Federal spending for schools, roads, and other services, including emergency spending to help Colorado respond to the pandemic.

CLLARO is calling on Congress to exercise its authority over the conduct of Census 2020, as provided by Article 1, section 2 of the U.S. Constitution.  “CLLARO vigorously opposes political attempts to reduce the accuracy of the 2020 Census in Colorado,” said Cortés.  “CLLARO strongly urges the Colorado Congressional delegation to work to extend field data collection at least through October 31, as originally promised, and to reaffirm that everybody residing in the U.S. must be counted, including undocumented immigrants, as the Constitution requires.”

CLLARO is a charitable agency incorporated in Denver in 1964 as the Latin American Research & Service Agency (LARASA).  Its mission is to empower Latinos through leadership development, advocacy, and policy research to strengthen Colorado. More at  http://www.cllaro.org.