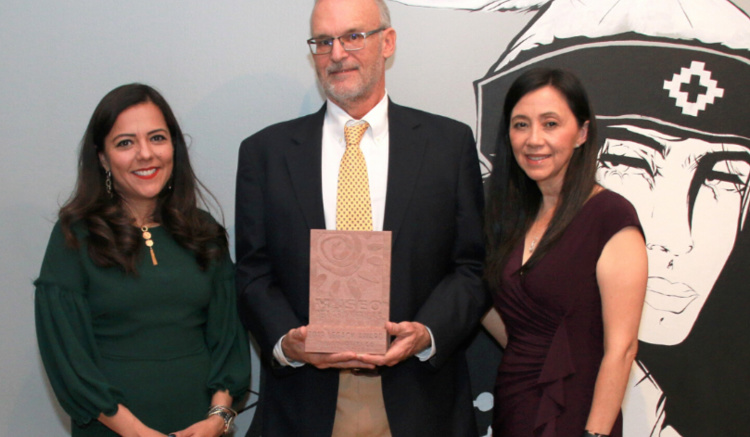 “Once you get a taste of Latin culture it only makes you want to experience it even more” said a humble David Butler while receiving the 2019 Legacy Award for his decades long dedication to Denver’s s Museo’s de las Americas  art and culture programming. 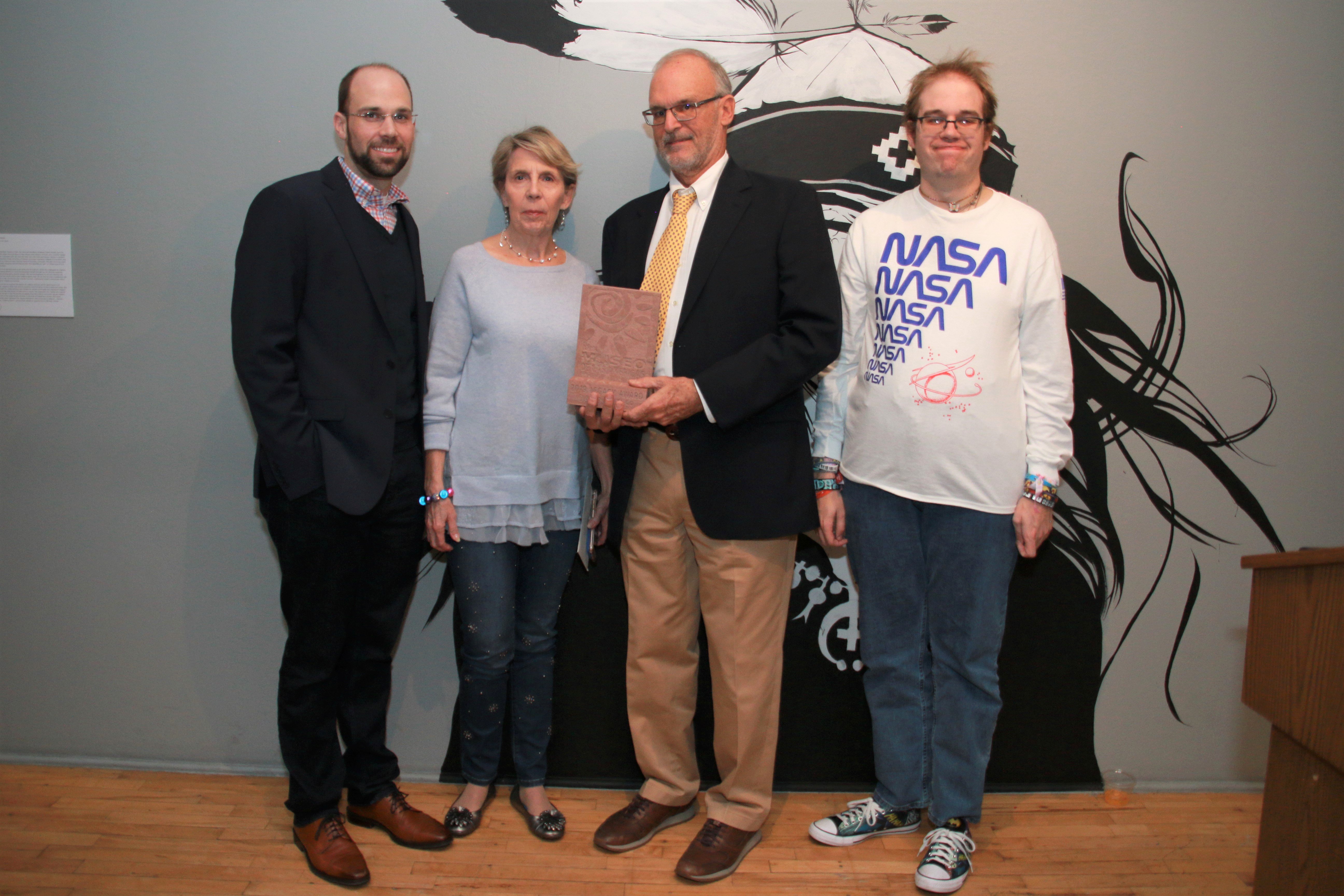 “My interest in Latin arts and culture goes back many decades. Growing up in the Miami area my parents would take me to Latin festivals and concerts which led to travel throughout Latin America where I was able to experience various cultural and archaeological sites,” Butler told the audience as he proceeded to describe some of his favorites. (see video below)

David graduated from Boston University in 1974 with a Liberal Arts degree, and obtained his law degree from Howard University in Washington, D.C. in 1978.  During law school, he worked part-time for a federal agency, the Securities and Exchange Commission, which became his career.  He served for about seven years in the Washington, D.C. headquarters, then in 1985, transferred to Boston, where his children grew up. 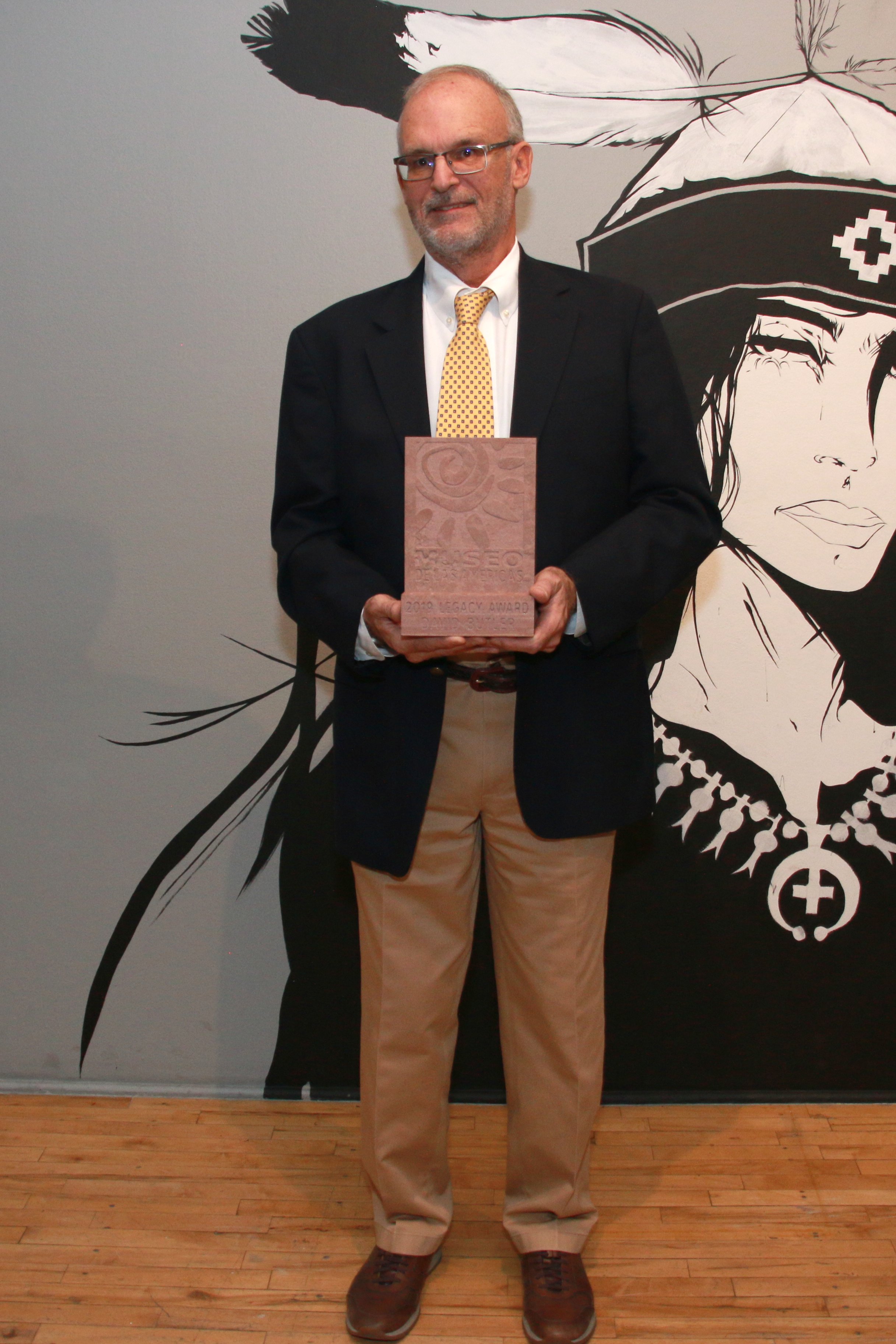 During this time, David’s father lived and worked in the Miami area for thirty years, and his visits to the area served to introduce David to Latin arts and culture.  He quickly became interested in Spanish Colonial mints and coinage.  Travel to Latin America soon followed, and in the mid-1990’s he visited Quirigua, Guatemala and Chichen Itza for the first time.  After his retirement in 2007, travel to Latin destinations increased.

In 2010, David and his wife, Boo, moved to the Denver area where two of his three adult children live.  Shortly after arriving, he and his wife joined the Museo, and also became active in the then-Denver Art Museum support group, Alianza de las Artes Americanas.  Since 2011, the Butlers have regularly supported the Museo, and especially the Museo’s summer camp for children.  As David says:  “The summer camp is a terrific opportunity for children to think creatively, and to learn about their city and their heritage.  And to make them feel they are an integral part of the mainstream of Denver’s cultural life.”

In 2014, David became President of Alianza and, as President, worked to partner with Denver’s leading Latino cultural organizations, especially the Museo.  The Museo and Alianza have jointly sponsored a number of activities, including several Patron Parties held in conjunction with exhibits at the Museo.  Alianza members regularly attend other Museo activities.  David loaned some of his collection to the Museo for the recent exhibit on the Manila Galleon trade, the Museo and Alianza jointly sponsored his lecture on Spanish Colonial mints in connection with the Exhibit.

In May 2019, David retired as President of Alianza, only to learn a few weeks later that the Denver Art Museum was folding all of their support groups into a new membership category.   Despite this, many Alianza members have expressed an interest in continuing the group of enthusiasts, curators, academics, gallery owners and collectors that has partnered so productively with the Museo and other Denver area cultural organizations.  Working with the former Alianza Board members, David is actively exploring options for the group’s future.

To Infinity & Beyond! “INFINITO” at Museo de las Americas Thru February 23, 2019