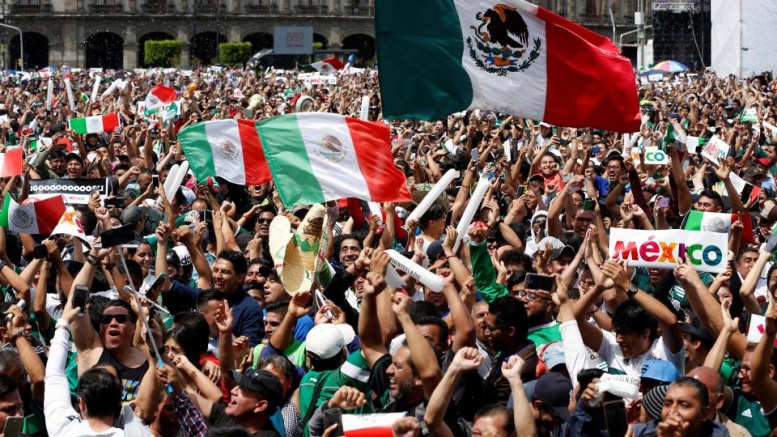 Mexico shook not only the soccer world but also the earth itself. At the moment when Mexico’s Hirving Lozano scored the game’s only goal, 35 minutes into the match, an artificial earthquake was detected in Mexico City. The Institute for Geological and Atmospheric Investigations tweeted seismographic readings of the activity, speculating that the minor earthquake may have been caused by “massive jumping”. Tens of thousands of fanaticos celebrated the goal at the famed Zocalo in Mexico City and thousands more at the Angel de la Independencia just a few miles away. 22 year old Hirving Lozano scored the lone goal in the 35th minute, picking up Javier Hernandez’s pass inside the penalty area and beating Mesut Ozil before shooting past Germany goalkeeper Manuel Neuer from 10 yards.

It was a game for the history books in this David vs. Goliath match that was intense, physical and wild from the opening minute of the game. The World Cup Champion Germans tried to bully El Tri  throughout the game assaulting the Mexican players at every opportunity. Chicharito, Mexico’s best player should have had a penalty kick when he went down under pressure from Mats Hummels. The German player forcefully shoved Chicharito face first into the penaty box turf sending the Mexican sprawling into the grass just as we was about to score. Hummel then proceed to step on Chicarito’s head cleats first. A penalty kick should have been awarded but  the referees did not call any infraction. A yellow card did not appear until  into late into the game although numerous yellow and red cards could have been handed out throughout the game.
El Tri played fearlessly and passionately standing up to the Germans at every turn with goalie Memo Ochoa frustrating the Germans with save after save.  Germany had 25 shots by the end of the game, but no goals. It was a story book for the famed Mexico captain Rafael Marquez who became only the third player to play at five World Cups after he came on as a substitute. The 39-year-old was brought in for the final 15 minutes to fortify Mexico’s defense. 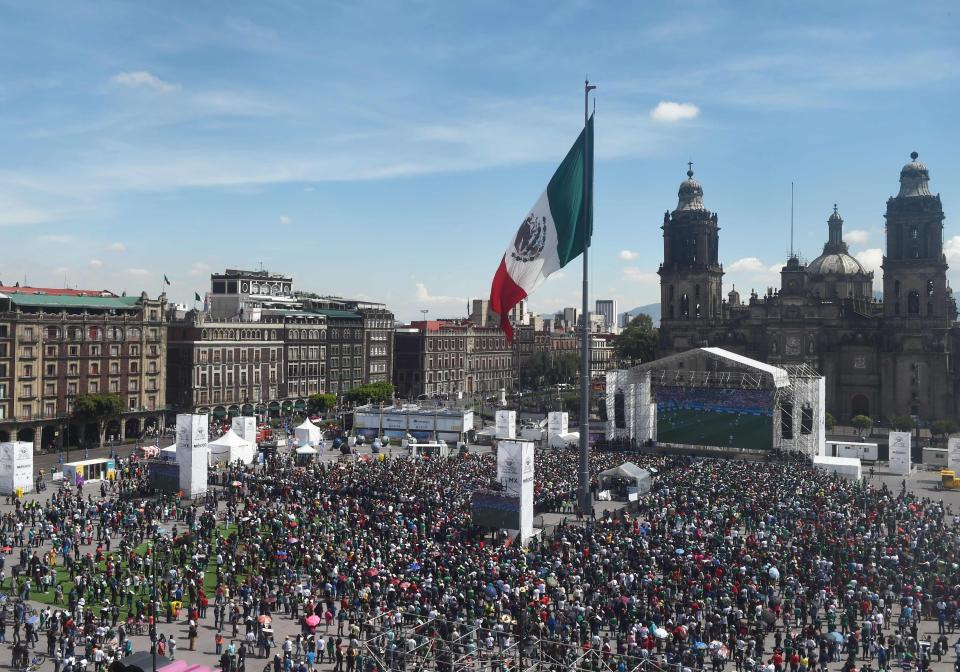 Mexico’s coach,  Juan Carlos Osorio  had spent six months developing a game plan to shepherd his team to this exact point. “His  phrase was to “play for the love of winning, not the fear of losing,” Osorio said after the game. “We were brave, and defended with our hearts.”
No one was surprised by the unbridled celebrations, given how heavily favored Germany was to win the match. Mexico performed extremely well against the defending World Cup champions, even missing a few opportunities to further extend their lead. If their run of success continues, we’d better brace for more artificial earthquakes to be detected in Mexico City this World Cup season.