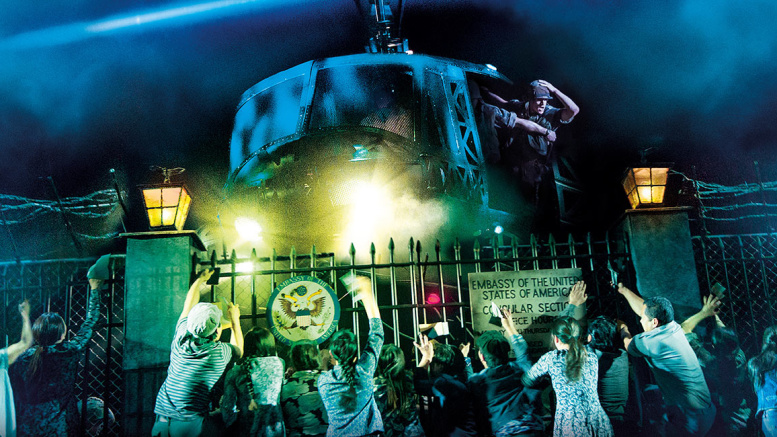 The helicopter lands in ‘The Nightmare’ in 'Miss Saigon.' Photo by Matthew Murphy and Johan Persson. 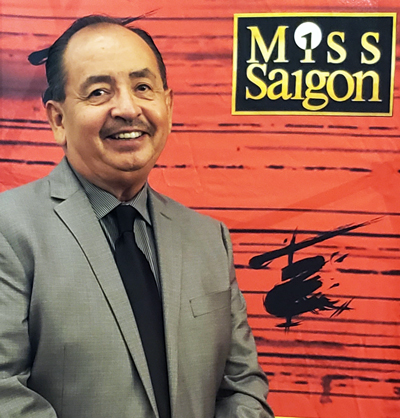 “This is very passionate play that brings to light so many issues we have not wanted to talk about for so many years” said Wilma Webb, former first lady of the city of Denver commenting to Latin Life Denver Media after the opening night performance Oct. 12th at the Buell Theatre. “This play shows what extent a mother will go to to protect her child and do whatever it takes to give that child an opportunity at a better life. I have to say I was very surprised and stunned at how the play ended,” said Webb, adding “I really wasn’t expecting that.” 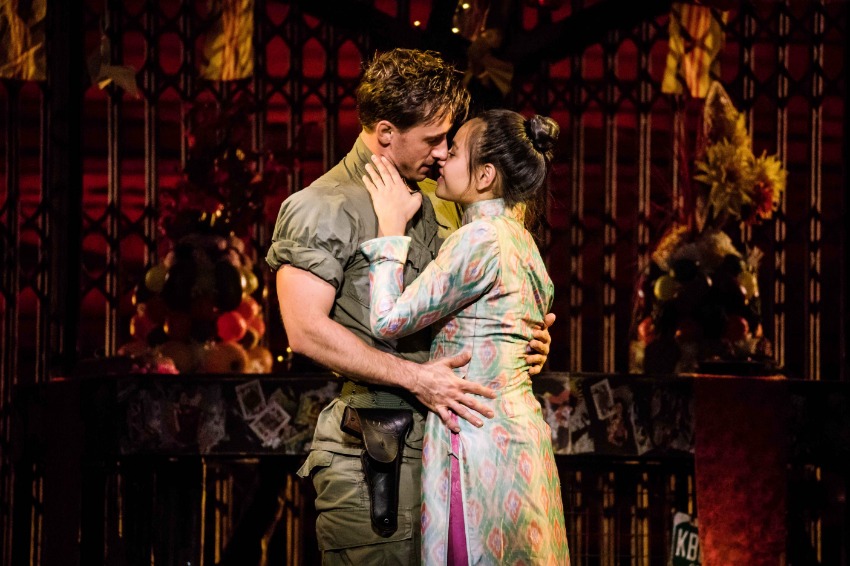 Emily Bautista and Anthony Festa as Kim and Chris in the North American Tour of ‘Miss Saigon.’ Photo by Matthew Murphy.

Miss Saigon is the true story of a young Vietnamese woman named Kim who is orphaned by war and forced to work in a sex bar run by a notorious character known as the Engineer. There she meets and falls in love with an American G.I. named Chris, but they are torn apart by the fall of Saigon. For 3 years, Kim goes on an epic journey of survival to find her way back to Chris, who has no idea he’s fathered a son. 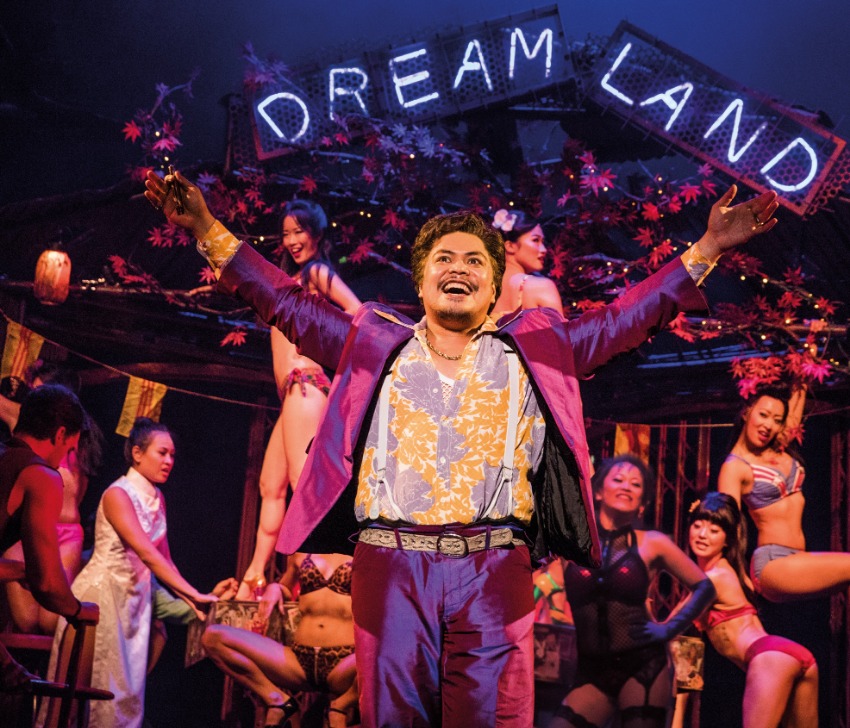 Red Concepción as ‘The Engineer’ in the North American Tour of MISS SAIGON. Photo: Matthew Murphy

The play is exhilarating with the red light district strip clubs, the dancing, the music, the drunk GI’s giving their money to the greedy Engineer for some time with one of his prostitutes. The deafening digital  helicopter scene of the last evacuees being flown out of a falling Saigon with seemingly hundreds of others of Vietnamese, papers in hand,  clamoring at the locked American Embassy gates trying to climb over only to find themselves repelled and left behind as the final helicopter leaves is disturbing. One is left wondering what became of those thousands of Vietnamese citizens supportive of the U.S. effort there. 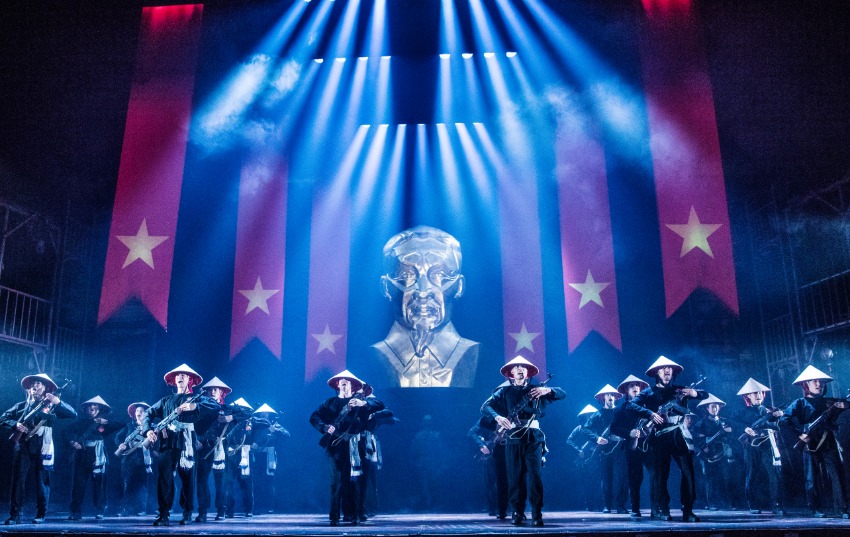 The Company of the North American Tour of MISS SAIGON performs “Morning of the Dragon’. Photo: Matthew Murphy

The story of Miss Saigon is only one of thousands upon thousands of stories that developed as a result of the fallout of the 20 year U.S. war with Vietnam.  By the time the war ended with the fall of Saigon on April 30th 1975 approximately 2,594,000 US Marines, Soldiers, Sailors, Airmen, and Coast Guardsmen had served in the Vietnam War. South Vietnam had become inundated with American soldiers and the women saw them as appealing heroes. During the 20 year occupation of South Vietnam thousands of Amerasians were born many via the sex trade profession which was legal at the time.   The fate of these Amerasians  was uncertain as it as clear that once the war was over the victors did want any reminders of their hated enemy.

By the final American flight out of South Vietnam, over 3,300 infants and children had been evacuated and adopted by families around the world.  Along with Operation New Life, over 110,000 refugees were evacuated from South Vietnam at the end of the Vietnam War. 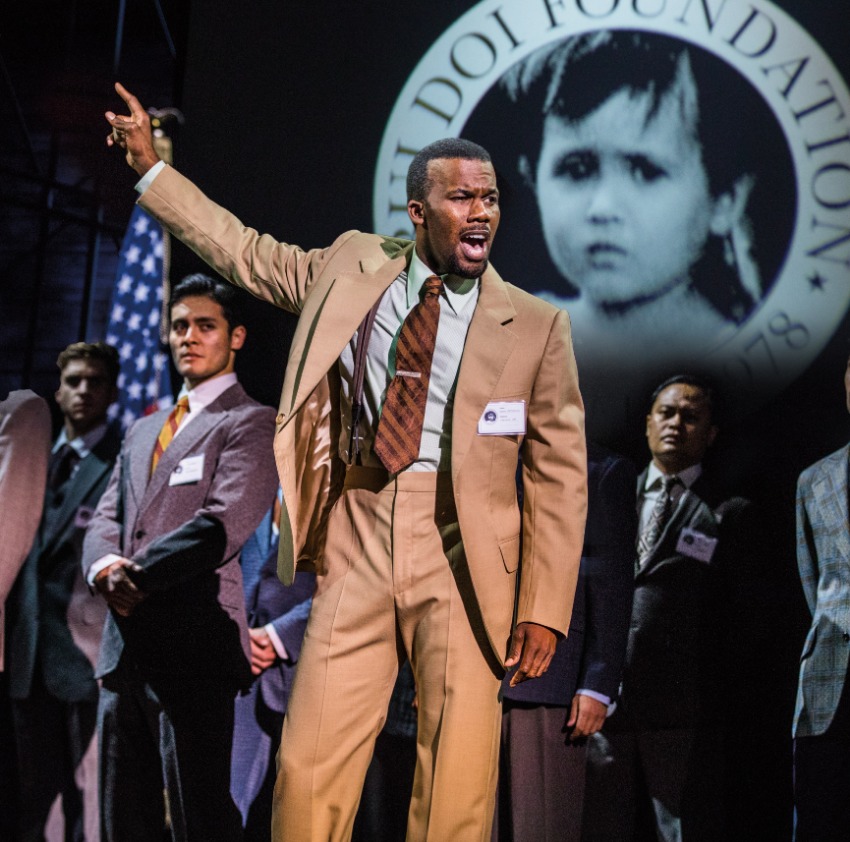 But for those who stayed behind they grew up as the leftovers of an unpopular war, straddling two worlds but belonging to neither. Most never knew their fathers. Many were abandoned by their mothers at the gates of orphanages. Some were discarded in garbage cans. Schoolmates taunted and pummeled them and mocked the features that gave them the face of the enemy—round blue eyes and light skin, or dark skin and tight curly hair if their soldier-dads were African-Americans. Their destiny was to become waifs and beggars, living in the streets and parks of South Vietnam’s cities, sustained by a single dream: to get to America and find their fathers.

But neither America nor Vietnam wanted the kids known as Amerasians and commonly dismissed by the Vietnamese as “children of the dust”—as insignificant as a speck to be brushed aside. “The care and welfare of these unfortunate children…had not been considered an area of government responsibility,” the U.S. Defense Department said in a 1970 statement. “Our society does not need these bad elements,” the Vietnamese director of social welfare in Ho Chi Minh City (formerly Saigon) said a decade later.

Red Concepción as The Engineer, Jace Chen as Tam and Emily Bautista as Kim in ‘Miss Saigon. Photo: by Matthew Murphy.

As adults, some Amerasians would say that they felt cursed from the start. When, in early April 1975, Saigon was falling to Communist troops from the north and rumors spread that southerners associated with the United States might be massacred, President Gerald Ford announced plans to evacuate 2,000 orphans, many of them Amerasians. Operation Babylift’s first official flight crashed in the rice paddies outside Saigon, killing 144 people, most of them children. South Vietnamese soldiers and civilians gathered at the site, some to help, others to loot the dead. Despite the crash, the evacuation program continued another three weeks.

For years, both the U.S. and Vietnamese governments failed to take responsibility for this side effect of war. Then in 1987, Congress passed the Amerasian Homecoming Act, which allowed children in Vietnam who were born of American fathers during the war years to immigrate to the U.S.

Many Amerasians did well in their new land, particularly those who had been raised by their Vietnamese mothers, those who had learned English and those who ended up with loving foster or adoptive parents in the United States. The theatre program handed out at the Buell for Miss Saigon tells the stories of three such women who have found new and successful lives here in Denver. The website designer for LatinLifeDenver.com is Amerasian. 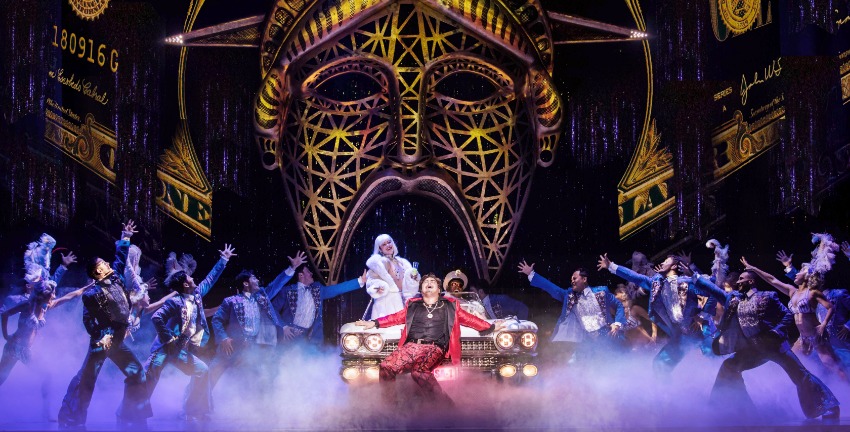 Red Concepción (center as ‘The Engineer’) and the Company perform ‘American Dream’ in the North American Tour of MISS SAIGON. Photo: Matthew Murphy

Back in 1991-92 a survey of 170 Vietnamese Amerasians nationwide, found that some 14 percent had attempted suicide; 76 percent wanted, at least occasionally, to return to Vietnam. Most were eager to find their fathers, but only 33 percent knew his name. Amerasians are survivors, their character steeled by hard times. Not only have they toughed it out in Vietnam and the United States, they are slowly carving a cultural identity, based on the pride—not the humiliation—of being Amerasian. The dark shadows of the past are receding, even in Vietnam, where discrimination against Amerasians has faded.

Yes Miss Saigon does remind us all that ugliness but through a beautiful love story and eloquent production that leaves audiences breathless and some sobbing. The tall, husky man sitting behind me in the Buell Theatre stated that he had seen the play in 1994. “They used a real helicopter on stage in that one. I cried when I saw it then and I will probably cry again this evening,” he said and sure enough his sobs were more than audible by plays end. 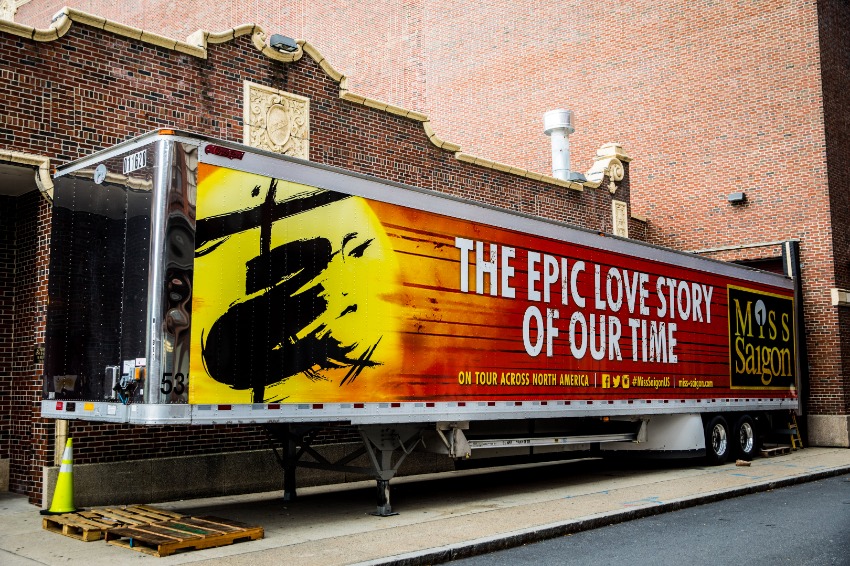 Miss Saigon is a stunning spectacle with a sensational cast of 42. Direct from Broadway, Miss Saigon is one of the largest travelling theatre productions utilizing 42 trucks to transport everything.  The live orcherstra is amazing.  The songs include many of the Broadway hits like “The Heat is On in Saigon,” “The Movie in My Mind,” “Last Night of the World” and “American Dream,” this is a theatrical event  that will leave you thinking and talking about a time we should never forget.

Miss Saigon plays the Buell Theatre at the Denver Center for the Performing Arts through September 22, 2019.