I Saw ‘In The Heights” over the weekend at Denver’s North High School auditorium. It was the best $5 I have ever spent. I also saw the play in New York for $180 for a balcony seat and the travelling Broadway version 3 times in Denver. That’s how much I love this play. So to say I was a bit apprehensive about seeing a high school version of this production is an understatement. With more than 25 performers and 20 songs over a two and half hour period could these teenagers really pull off such a challenging production. Being a North High graduate myself I decided to see what these students came up with. I expected a scaled down simplified version of the play but much to my delight these predominantly Latino students from North and Strive Excel Prep High School did an amazing job of performing this production of Lin Manuel Miranda’s 2008 winner for best Broadway play. I believe Miranda himself would have been proud and flattered at what these schools were able to achieve. 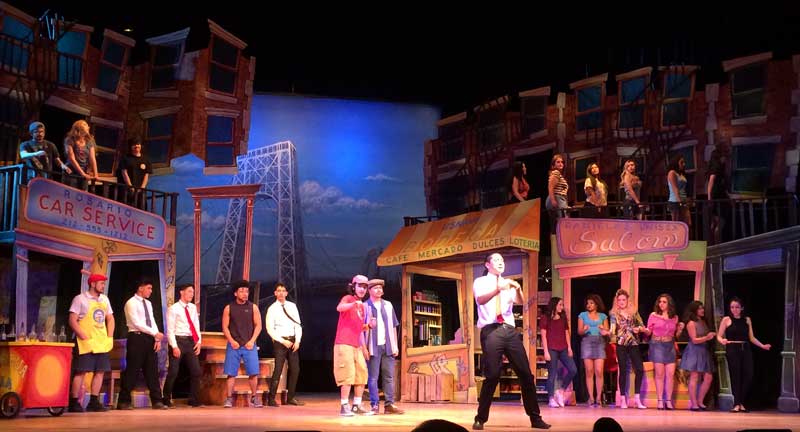 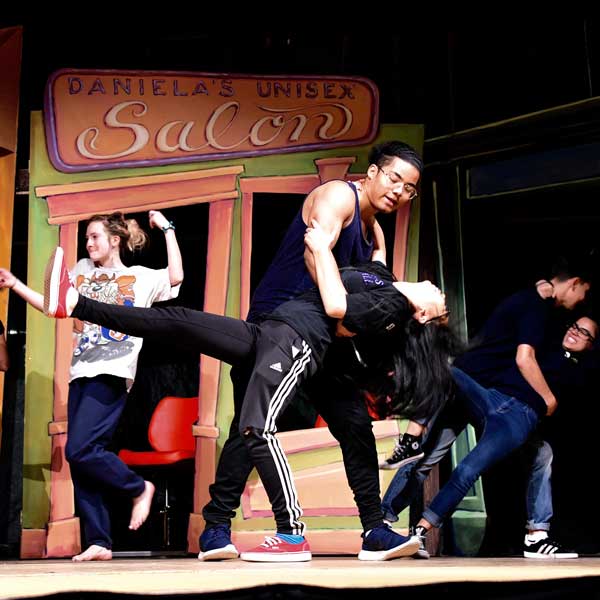 Alan Sanchez, plays the lead hip hop character Usnavi. In his first role ever. Sanchez is nearly flawless in his performance. So much so that he has been awarded a scholarship to a theater program with the Denver Center for the Performing Arts. All of the 25 plus performers are a total joy to watch. Maya Stone’s voice is beautiful as Nina, the pride of the community and her parents as she is the first to attend college. She returns home for a visit but really she has dropped out much to everyone’s dismay.

Silvia Flores, a junior at Strive Prep, does a convincing job playing Abluela (grandmother) Claudia who’s luck in the lottery brings hope to the gentrifying community but whose demise brings much sadness. The Salsa dancing and singing of the 23 songs in the production are excellent. One person in the audience asked if all the performers were all really high school students. The live orchestra was made up of professional musicians including Kenny O of the Flobots who also happens to be a North High Alum. The orchestra was flawless in their renditions of the play’s music score. The set design was spot on as was the make-up and costuming of each character.

The entire cast was invited by executives for Denver Center for the Performing Arts to a recent performance of Mowtown where they were able to meet the cast and get a few pointers.