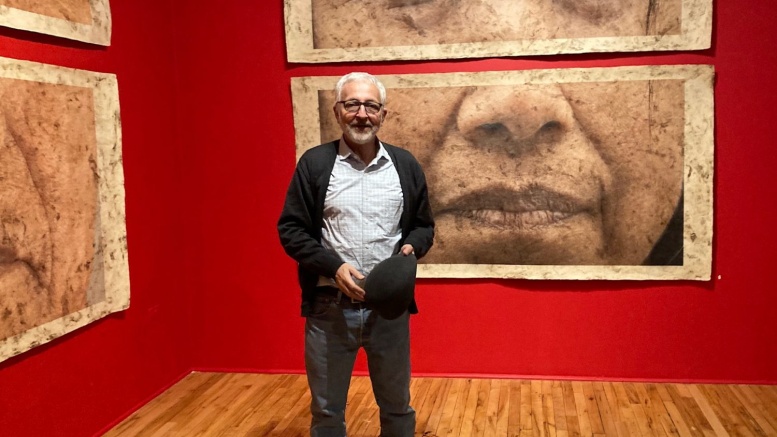 Often times you really need to learn about something to truly appreciate it.  I have to admit that when I first heard of the ‘Testigos’ (Witnesses) exhibit currently at the Museo de las Americas in Denver, I was not overly excited to view it. 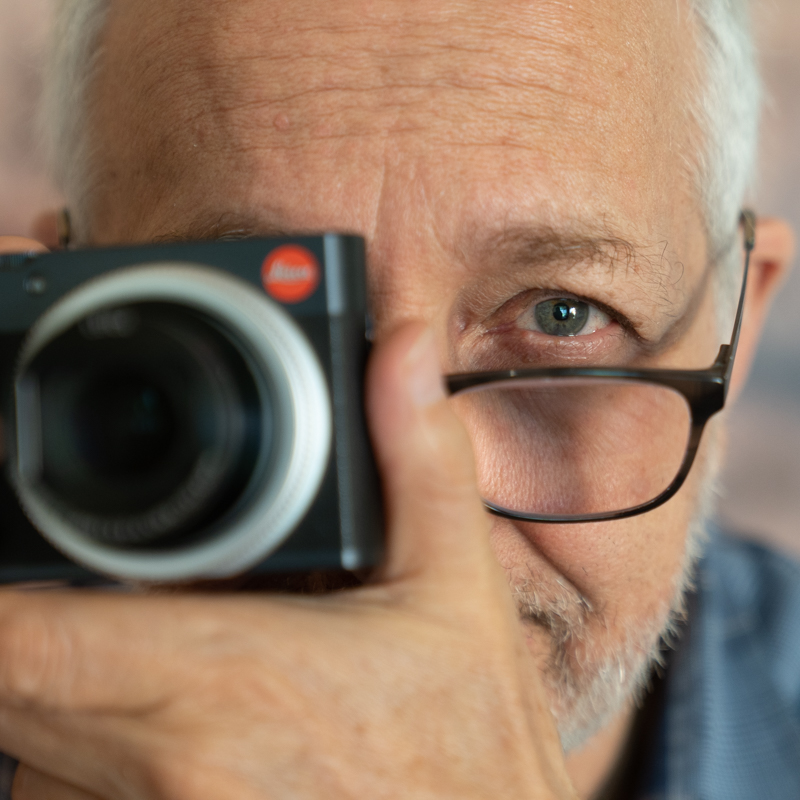 On it’s face it did not appear to have the same appeal as some of the other Latino inspired exhibits currently available in Denver. The Frida Kahlo, Diego Rivera & Mexican Modernism at the Denver Art Museum and the Hechos exhibit at the Colorado History Center seemed much more interesting.

Wow, was I ever wrong. After reading the following article on the front page of Denver Post’s Life & Culture section about the Testigos exhibit I can hardly wait to view it in person and I believe you will want to experience it personally as well.

By Ray Mark Rinaldi, Special to The Denver Post

Every act of art-making comes down to two choices: How you form the object and, simultaneously, how you contain it.

Within that, the options are endless. Do you express the idea using a pencil, a paintbrush or clay? A camera, a hunk of marble or a computer mouse?

And then, how do you present it? On paper, panel or canvas? Perched upon a pedestal, projected on a screen or beamed out via digital code? Each decision is an opportunity to shape the artwork’s specific meaning. 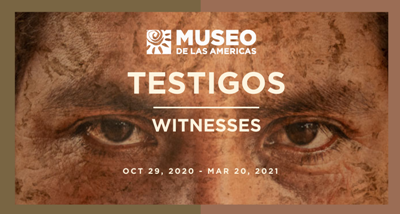 For the portraits on display in “Testigos,” currently showing at Denver’s Museo de las Americas, artist Gaal D. Cohen went with two basics: camera and paper. But the way he employed each made his final products unique.

Cohen, who lives in Guadalajara, used a grant from the museo to travel across Mexico to photograph the Otomi people, whose ancestry goes back thousands of years. Like other indigenous Mexicans, the Otomi have witnessed generations of conquest and catastrophe at the hands of various oppressors who have come into power. The exhibition’s title actually translates to “witnesses” in Spanish.

Yet, the Otomi have endured, even prospered throughout time, maintaining both secular and sacred traditions. Chief among those preserved practices is the fabrication of amate, a paper painstakingly made by hand from the bark of local trees.

Amate is both functional and symbolic among Otomi people. The paper dates back to pre-Columbian times and, for many years, its production was banned by Spanish colonialists who saw it as an expression of indigenous independence.

The paper survived, of course, first in secret and then more abundantly in the 20th century as Mexican society came to revere its ancient traditions as part of its collective present-day identity. The paper is now produced commercially — though still on a small-scale and often by hand — and exported widely.

But Cohen saw within the paper a chance to instill a deep resonance in his photographic portraits. He printed his close-ups of Otomi faces directly onto it, an unusual move that resulted in a series of large-scale photos that soulfully, and simply, connect the past to the present.

“Testigos” presents 11 of his portraits, and they are arranged by the age of his subject, with one from each decade of life, starting with a 4-year-old child and ending with a 105-year-old elder.

The subjects stare directly at the viewer and each is allowed to express his or her individualism. The youngest, titled “Hannah Yetsali,” is cranky. The oldest, “Doña Maria Paula” (who has since died), appears weary. There’s a sadness in the eyes of “Don Juan” who is in his 80s, a bit of anger in “Ponciano” in his 40s, and a look of determination in 60-something “Don Genero.”

Don Genero — whose full name is Genaro Fuentes Trego — is a papermaker himself and, as a salesman of his wares, an ambassador of sorts for Otomi culture across Mexico. He introduced Cohen to the paper a few years ago, and they became friends.

When Cohen proposed the idea of photographing Otomi people, Don Genero invited him to his home in the town of San Pablito and acted as a liaison between the artist and the community.

San Pablito, with a population of about 2,700, isn’t exactly remote, but it is off the beaten path, condensed onto one side of a mountain in the eastern state of Puebla. In some ways, it’s a modern place; cellphones, for example, are common. But in other ways, it holds onto the past: people tend to walk, not drive, and the dominant language is Otomi, not Spanish like most of Mexico.

Amate producers also retain old ways, cutting bark by hand, mixing it with lime and ash, and boiling it over burning wood to break it down, then laying out strands and manually pounding them into pulp with stones.

As the paper dries, its core ingredients remain visible. The sheets are generally light in color but infused with marks from the ash — dark blotches, puffs and swirls that give the material its characteristic murkiness.

Cohen embraces the paper’s organic traits as much as possible, gently running each sheet through a large, digital printer to create his final products. He keeps his colors muted and the paper’s natural shades give the prints a sepia-like tone.

He also respects the paper’s traditional, rectangular shape, breaking his images up into two horizontal sections and printing them on two separate sheets, which are hung together on the wall. Eyes on the top sheet, mouth and nose on the bottom. At the museo, the prints are not framed but simply attached to the wall using velcro.

Their most striking element, though, are the blotches, which Cohen has no control over. They give the prints an eternal essence and also a bit of mystery. A viewer can stare long and hard at them, trying to make sense of their arrangement and forming them into patterns or images in the same way people try to see figurative images in clouds or to connect stars in the sky to make pictures.

This timeless quality is intentional. On one hand, the photos live in the present. They use contemporary technology to capture living humans. But the materials — Gaal’s choices for how to form his work and how to contain it — give his pictures broader significance.

In that way, he hopes the Otomi stand in for all indigenous people who have persevered despite difficult odds. The amate, he said, represents all of the different regional traditions — papermaking, woodworking, fiber art or whatever — that they have brought along with them.

Gaal talks up “Testigos” as a group project, crediting Don Genero and his subjects as partners, and the museo as his patron. The museo got behind the project more than two years ago, supporting it with a $10,000 grant obtained from the National Endowment of the Arts, and with additional funding from Colorado Creative Industries and private donors.

Cohen notes that the collaborative project comes on the eve of next year’s 500th anniversary of the colonial conquest of Latin America, which is being commemorated across the hemisphere. His photos update the story of at least one of the cultures impacted by that historic event, and bring it in real time to people likely to know little about how this story of survival continues.

In that way, the exhibit makes witnesses — or testigos — out of all who view it.

“Testigos” continues through March 20 at Museo de las Americas, 861 Santa Fe Drive. Info at 303-571-4401 or museo.org. Due to the ongoing coronavirus pandemic, it’s wise to check for any attendance restrictions before a visit.