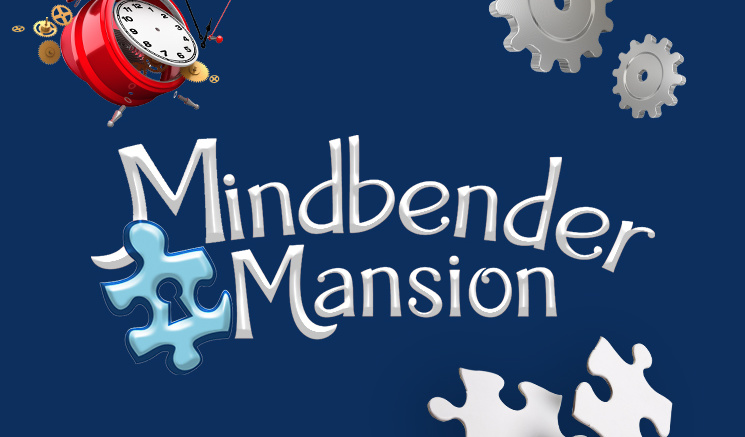 Do you have a curious mind? Do you like to have your mind challenged?  How about your kids? 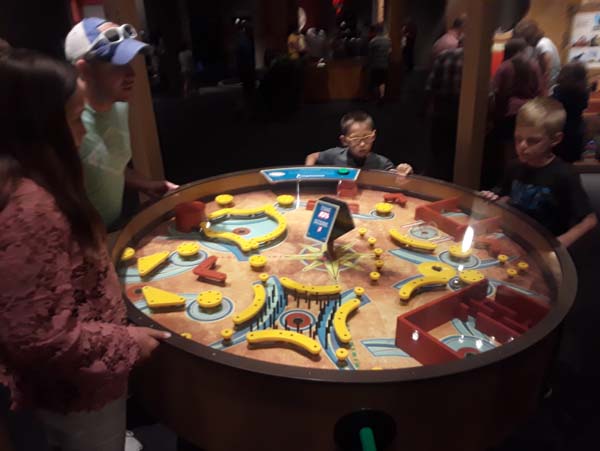 Enter “Mindbender Mansion,” a quirky experience full of puzzles, brainteasers, and interactive challenges that put minds of all ages to the test. Gather hidden clues to reveal secret passwords scattered throughout thematic rooms as you identify patterns, think ahead, use logical reasoning, and look at problems from different perspectives. 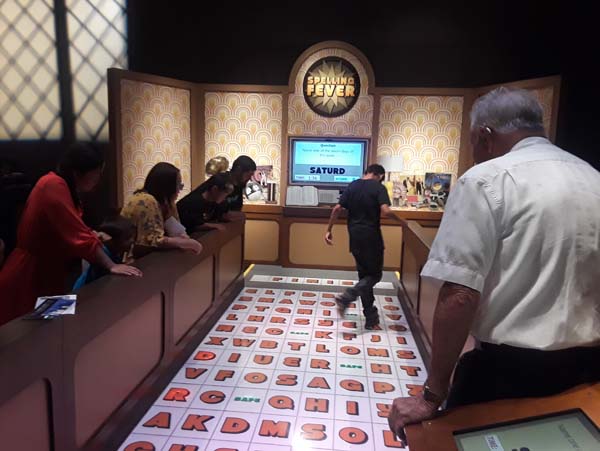 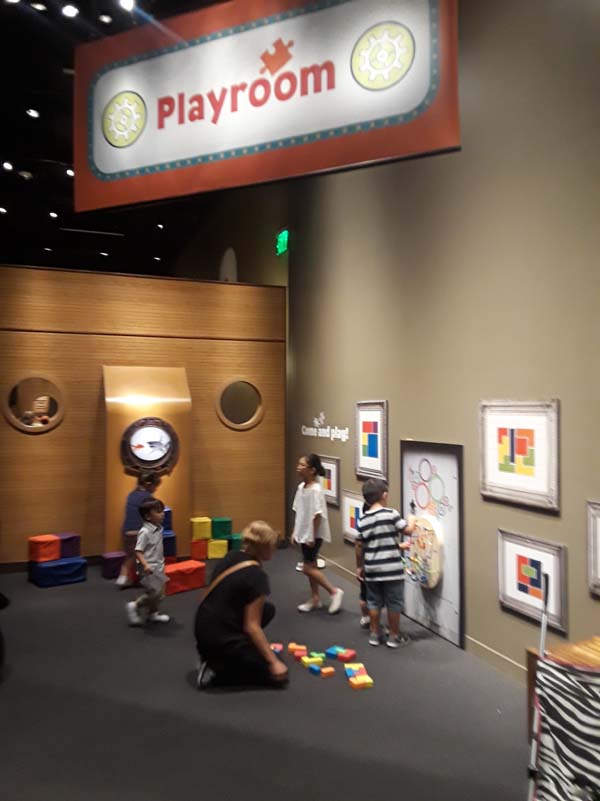 WHAT ELSE IS HAPPENING AT THE MUSEUM OF NATURE & SCIENCE?

Join us to hoist a glass of fine Shiraz at our first Digital Earth adventure devoted to wine. Your hosts Bob Raynolds and Ka Chun Yu will use the Gates Planetarium dome to transport you to the ancient city of Shiraz to explore the development of vineyards in Iran and the Middle East, then travel on to consider some of the varieties known as Shiraz grown in France and Australia. The evening will feature tours of vineyards and discussions of terroir, crowned by a wine tasting. 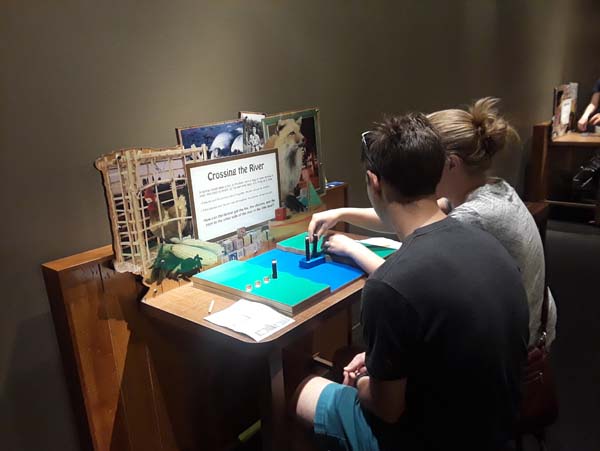 Enjoy your Museum favorites and special family-friendly activities as well as free admission to “Mindbender Mansion” and discounted admission to “Dead Sea Scrolls.” 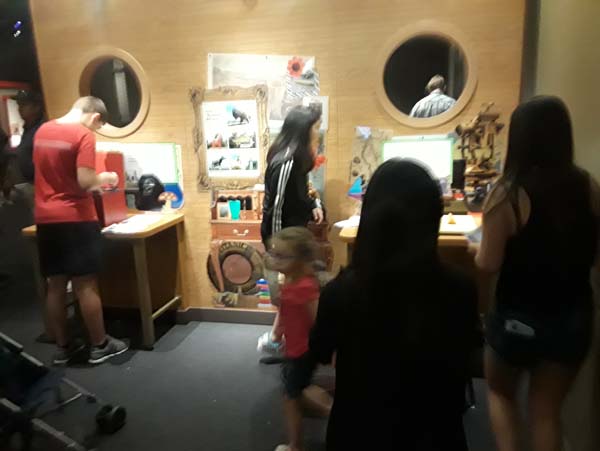 Cheer on local scientists turned comedians as they attempt stand-up for the first time and wax hilarious about the unique nuances of their work. This one-of-a-kind comedy night for science fans will get you laughing with (and at!) some of the biggest brains in town. Learn more at peer-revue.com. Ages 18+. Cash bar.

DEAD SEA SCROLLS FOR FAMILIES • GRADES 3 AND UP

The Dead Sea Scrolls come alive in this interactive and fun program! This is a chance for the whole family to see the exhibition together and learn more about daily life in the ancient Middle East.

On July 14, 2015, a tiny human-made speck of metal loaded with humankind’s best technologies and curiosity shot past the mysterious ice-worlds of the Pluto system, giving humanity an incredible new wealth of information about the fringe of our solar system. Coauthors of “Chasing New Horizons: Inside the First Mission to Pluto,” Dr. Alan Stern (lead on the mission) and Dr. David Grinspoon (noted astrobiologist), take us behind the scenes of this historic mission to tell the story of focused hard work, political struggles both within and outside of NASA, and a decades-long commitment to discovery. Hear the tenacious tale of a group of people working toward an incredible goal, and ask your questions about the history that is still being written in the stars.

In 1979, the Museum produced “The Last Question,” a planetarium show based on a short story by acclaimed science fiction writer Isaac Asimov and narrated by the legendary Leonard Nimoy. The story takes place in 2061 and begins with a simple question posed to a computer. Now you can experience the cerebral tale as never before during this totally out-there event combining visual elements digitized from the original glass slides, Nimoy’s voiceover, and today’s advanced planetarium technology. Swing by the cash bar before the show and see items from the Museum archives, including objects related to Asimov and Nimoy. Dr. Ka Chun Yu, curator of space science, will lead a Q&A after the program.

Some of your Hollywood favorites are coming to Phipps IMAX Theater! The Museum is adding previously released cinematic features to our IMAX lineup. Daytime and evening showings will be available. Find the schedule and ticket information @ dmns.org/imax.

Tap your toe across the nation as you experience the sounds of jazz, blues, zydeco and old-time country music and see how they have shaped our distinctive musical heritage. In “America’s Musical Journey 3D,” singer-songwriter Aloe Blacc takes you to vibrant places where American music was born, from New Orleans to New York City. Meet artists, music makers and innovators who are impacting culture today with the enduring risk-taking spirit that created a national soundtrack unlike any other in the world.

“Jerusalem 3D” immerses you in one of the world’s most fascinating cities. Discover why this tiny piece of land is sacred to three major religions through the stories of Jewish, Christian and Muslim families who call Jerusalem home, and follow the path of archaeologists revealing some of the mysteries of the Old City. Rare and breathtaking footage of the Holy Land make this a stunning cinematic experience. This film is a perfect complement to the exhibition “Dead Sea Scrolls,” opening in March.

Meet a very curious panda cub named Qian Qian, who was born at Chengdu Panda Base in China, as she prepares for an exciting new adventure living in the mountains of Sichuan. Follow Qian Qian as she takes her first steps outside her protected habitat, discovering her true animal nature, even as she faces the challenges of the unknown. The beautiful footage filmed on location in China shows why pandas are so irresistible.

Note: Please let us know if this monthly update is more appropriate for another person at your organization and we will update our contact list.

The Denver Museum of Nature & Science is the Rocky Mountain Region’s leading resource for informal science education. Our mission is to be a catalyst and ignite the community’s passion for nature and science. The Museum offers a wide variety of engaging exhibitions, programs, activities, and scientific research to inspire public appreciation and understanding of the wonders of Colorado, Earth, and the universe. The Museum is located at 2001 Colorado Blvd., Denver, CO, 80205. Information: dmns.org or 303.370.6000. Many of the Museum’s educational programs and exhibits are made possible in part by the citizens of the seven-county metro area through the Scientific & Cultural Facilities District. The Museum is accredited by the American Alliance of Museums. Connect with the Museum on Facebook, Twitter, and Instagram.