The year is 2050, Latinos are now the majority. They are no longer regarded as Mexican Americans, Hispanics, Latinos, Chicano’s or any other qualifying identity. They are now simply Americans. The Wall has been built, Spanish is rarely spoken and when it is, it is mostly by grandparents, although older adults understand and speak a Spanglish form of the Language. The youth are turned off and even offended when parents or grandparents speak Spanish. They don’t understand it, their culture is fading and they could care less. It’s time to move on and be Americans.

Andres Salazar is running for political office. A potential Congressman from Texas. By this time, Latinx people have been assimilated into the majority of the United States, but race issues are far from resolved. In this tricky political environment, Andres must decide whether identifying himself as a Mexican American will help or hinder him on Election Day, and whether losing some of his own identity is worth the potential social benefits. 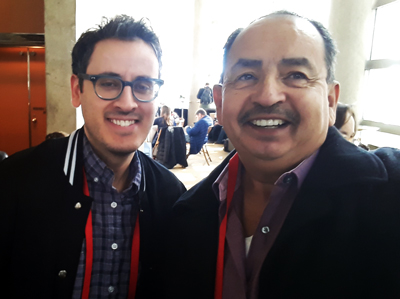 As the campaign forces his mother and daughter to face their own questions of culture and identity, a mysterious stranger arrives. Searching for freedom and running from the law, his appearance jeopardizes everything the family holds dear. An undocumented Mexican immigrant stumbles upon the Salazar ranch seeking refuge and survival. How does the family react to a situation that threatens to destroy Andres’ political ambitions yet bond them with a past they thought was forgotten.

On the brink of our upcoming presidential election, this suspenseful thriller grapples with the future consequences of our policies today and the true cost of the American dream.

Tickets for twenty50 start at $30 and may be purchased at denvercenter.org, 303-893-4100 or in person in the Helen Bonfils Theatre Complex at 14thand Curtis.