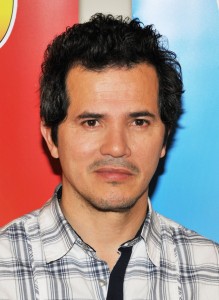 New York, NY – NGL Media, a video marketing solutions company focused on the Latino marked which is co-founded by CEO, David Chitel and actor John Leguizamo has annouced they are expanding their operations into a branded full-scale production division, NGL Studios.

Led by NGL Media’s Chief Creative Officer and established multi-platform director, Ben DeJesus, the NGL Studios in-house team will spearhead productions around branded digital content, TV commercials, broadcast programming and documentaries in both English and Spanish. Co-founder Leguizamo will also be involved on a project-to-project basis. The new division has production offices in New York, Los Angeles and Miami, but “goes wherever the story takes them,” as their mantra states.

“Over the past few years we’ve produced all types of content, from branded entertainment to documentaries and even music video integrations. Solidifying production under NGL Studios as a stand alone division is a natural evolution of our business,” says DeJesus, who will serve as President. “Today’s production services landscape really lends itself to what we’re doing with NGL Studios, as advertisers, agencies and media companies alike are looking for partners who can seamlessly create great content with top talent that resonates across platforms – that’s us!

NGL Studios already touts a multitude of branded entertainment series case studies for clients such as P&G, Ford, Diageo, Schick, Dodge, Amtrak, California Milk Board, Lexus, Claritin, Valvoline and others which can be viewed at NGLMedia.com. Additionally, the NGL Studios team has produced over one hundred hours of TV programming and 20+ music videos that have been seen millions of times, with brands organically integrated into both. The NGLS crew also produced the widely acclaimed PBS documentary Tales From A Ghetto Klown featuring John Leguizamo. Most recently, NGL Studios President, Ben DeJesus, has been working closely with Bachata superstar Romeo Santos, on a similar project. Other celebrities who have appeared in NGL Studios productions include Zoe Saldana, Dascha Polanco, Gina Rodriguez, Prince Royce, Chino y Nacho, Brooklyn Nine-Nine’s Stephanie Beatriz and Melissa Fumero and many top Latin influencers.

“NGL Studios is a logical extension of the NGL brand that has evolved tremendously on both the media and production fronts. We’ve got more than a dozen branded entertainment programs under our belts, and we’re excited about building relationships with new and existing partners looking to tap further into our production services offering across platforms,” says Chitel.

“I’m pumped about the work me and my partners have already done together, and what I love most is that NGL Studios is not a typical production house model. These guys get it on every level, and I’m personally excited about the potential of what we can do together,” says partner John Leguizamo.