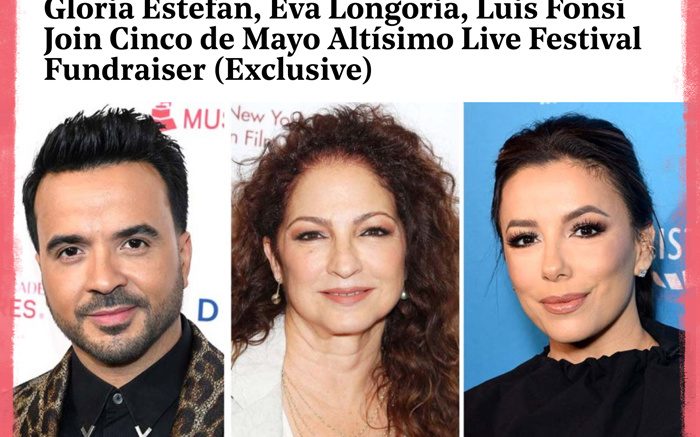 They are the forgotten front line heroes. Farm workers who are out in hot sun and in pouring rain across the U.S. risking they’re lives to make sure our country is fed. They are rarely mentioned in media reports. The farmers are recognized but not the workers who have been left to fend for themselves. Little if anything is being done to help this overwhelmingly Latino population deal with the Covid-19 pandemic. Farmworker Justice states that  Farmworkers are considered “essential workers,” risking their health to ensure that we have access to fruits and vegetables. Farmworkers face numerous challenges to protect themselves and their family members from COVID-19 due to their working and living conditions. 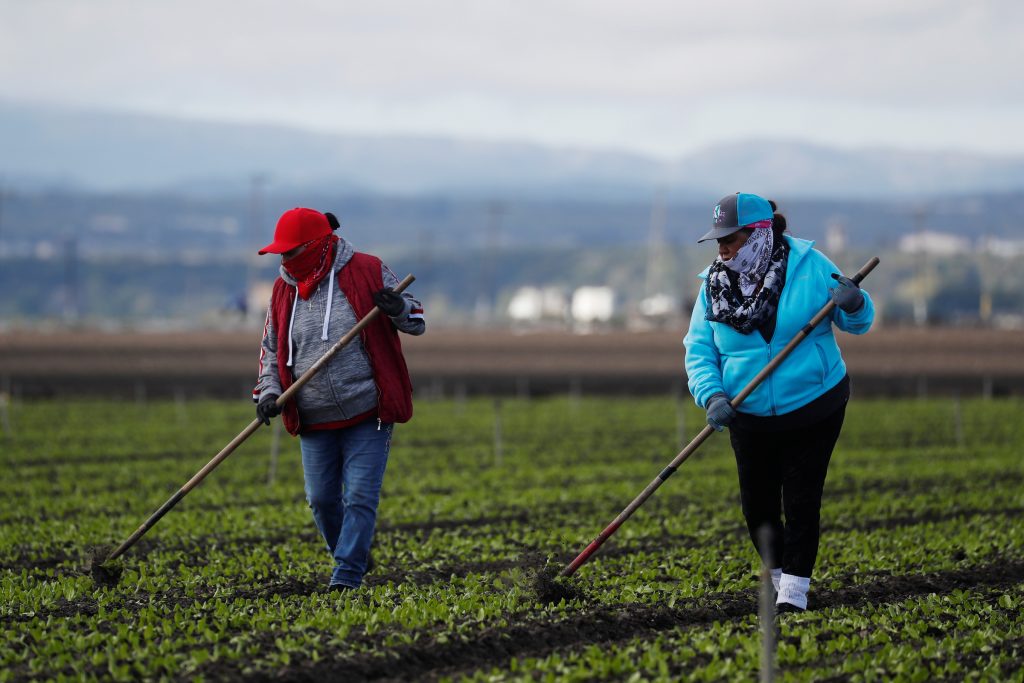 National Geographic reports that WHILE MILLIONS OF Americans shelter in place to prevent the spread of COVID-19, farmworkers on California’s central coast move from row to row, carefully picking produce for U.S. consumption.

Many farmworkers are poor, with little or no access to health care. Many suffer from respiratory diseases that make them more susceptible to COVID-19, the illness caused by the coronavirus. Many live in crowded households and commute to work together, providing them with little opportunity for social distancing. All of these things make them targets for illness.

“Many are afraid to go to work, but also afraid not to,” says Juvenal Solano, a farmworker advocate in Oxnard, California. . “If we’re essential, we need help,” he says in Spanish. “Because we’re the people feeding the country.”

Now you have the opportunity to help this neglected and vulnerable population with just a $5 contribution and be a part of the biggest unity event in the history of Latinos in the United States.
Altísimo Live will feature a day long Cinco de Mayo festival with an  unprecedented lineup of music artists and celebrities supporting the Farmworkers’ Pandemic Relief Fund created by Justice for Migrant Women and Hispanics In Philanthropy. Latin Life Denver is the exclusive Colorado media outlet participating in this festival and is proud to join the list of Media Sponsors for this incredibly important happening. 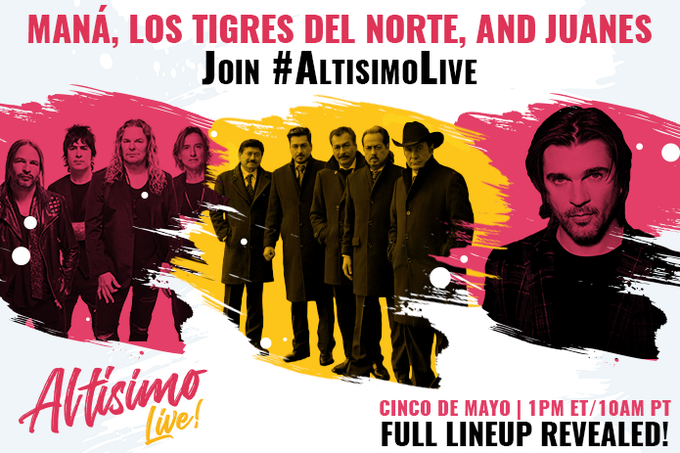 Hispanicize founder and one of the many organizers for Altísimo Live Manny Ruiz told Latin Life Denver Media “we know these are tough times for everybody so that is why we are asking for a $5 donation. No matter what your situation may be most people should be able to share $5 to support the more that 25 farmworker organizations that will benefit from the proceeds raised.”

Inspired by Live Aid, the benefit aims to raise $3 million – $5 at a time – for the Farmworkers’ Pandemic Relief Fund and will include a jam-packed day of at-home performances, celebrity activations, comedy skits and much more. The festival will also highlight stories from farmworker leaders, as well as messages of gratitude and appreciation from notable individuals, with an overall goal of driving combined action to support the farmworker community. 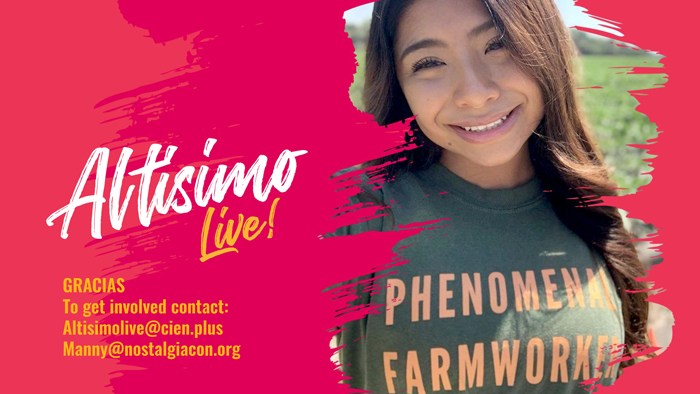 Fashion designers Mario De la Torre, Carlos Marrero and Raul Peñaranda, will also join the event to share how they are using their talent and unique designs in support of the pandemic. Some of their special edition farmworker-inspired designs will be available for purchase in support of the fund.

Altísimo Live! officially kicks off on @AltisimoLive’s Facebook, YouTube, Twitter, Periscope, and Twitch accounts simultaneously on Tuesday, May 5th at 10:00 a.m. PT/ 11 a.m. MT, 1:00 p.m. ET with an interactive livestream tailgating experience that will include entertainers, comedians, chefs, social media influencers, and other surprise personalities. iHeartLatino and PEOPLE en Español will also carry parts or all of the broadcast at various times on one or more of their respective livestream and/or broadcast platforms.