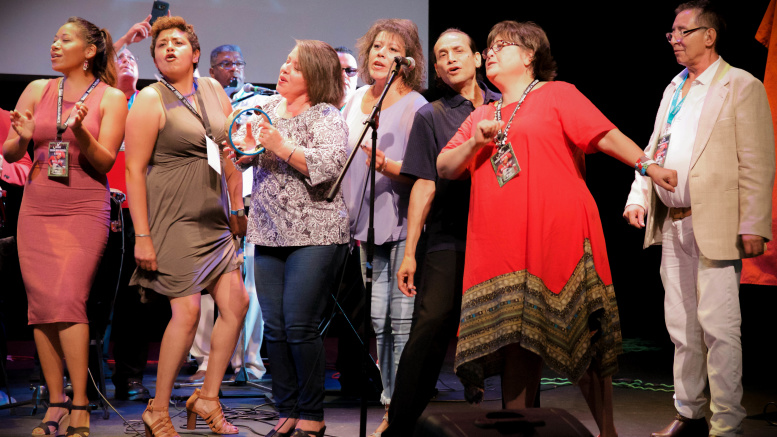 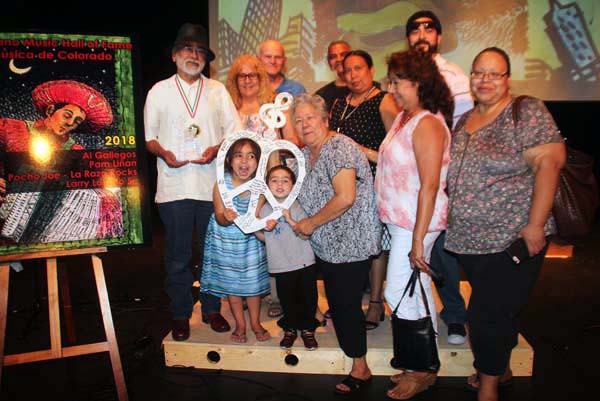 The Chicano Music Hall of Fame honors the trailblazingmusical pioneers who have advanced Chicano music; “Borne in Mejico, but raised in Colorado”. Su Teatro established The Chicano Music Festival to honor Colorado musical legends ranging from Paco Sanchez, Los Alvarados, Conjunto Colores, Johnny “Ritmo” Rodriguez, and the Mood Express. This year’s honorees will be formally inducted on July, 30 at 6:30 pm.

Chicano Music Festival on the Radio

Latin Soul Party at 8pm on Friday, July 24th
Danny Valuzuela and Ricky O’ will feature Su Teatro’s longtime contributor Daniel Valdez, who will tell the story of his involvement with the movie ‘La Bamba.’ Danny and Ricky O’ will add in the music versions of the song. In addition, be sure to join the hosts as the honoring Zeke Deleon and his impact on our music community. In the early 70’s Zeke Deleon, Jr fast became a local celebrity; the Deleon Brothers.

Canción Mexicana 9am to 1pm on Sunday, July 26th

Yolanda Ortega’s Desde Este Semillas: Raices Musicales (a take on Story on Standards) will give us the music and the history of “Volver Volver.” This ranchera song written in 1976 by songwriter Fernando Maldonado was made popular by Vicente Fernandez. Telling the story of a heartbroken man who accepts the blame in his relationship with the woman he loves and begs her to return. Contributing their stories and the music will be Lorenzo Trujillo and Larry Lovato. Yolanda and Debra Gallegos will recognize Raul Vasquez who passed away earlier this year. Raul will be honored by Su Teatro during this year’s festival.

Pocho Joe, will play the music and tell the story of one of our communities most popular bands for the Chicano, Hispanic community presenting the history, the and the music of the Mood Express.  A Colorado group honored at Su Teatro’s Chicano Music Hall of Fame.

La Molly brings us the future of Chicano music with her take on Colorado artists. These are the people who will be on the stage at the Chicano Music festival in 20 years. They represent roots and modern music put together.

Poetry on The Nightside with Andy O’ 8pm on Sunday, July 26th

As a special treat, Anthony Garcia and Bobby LeFebre read poetry, their take on the Chicano Music festival. It’s going to be a fabulous celebration of Su Teatro’s Chicano Music Festival!

Chicano Music and Me
The history of the Chicano Music Festival will be presented by Anthony Garcia throughout the weekend. “The influences come from across the world but have lived here in Colorado for more than 500 years, we call it Chicano Music. It is emotional, and it is danceable,” according to Executive Director Anthony Garcia. Su Teatro kicks off their 24th Annual festival on Wednesday, July 29th with a film screening of La Bamba, followed by a virtual and in-person festival the rest of the weekend. More details on the Chicano Music Festival at Su Teatro.org. 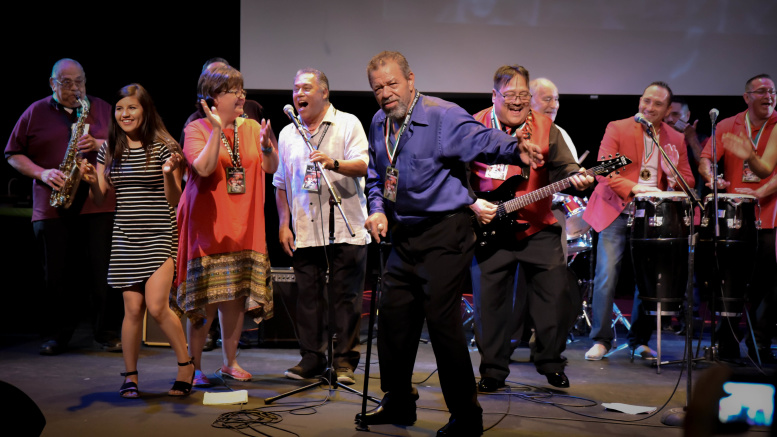 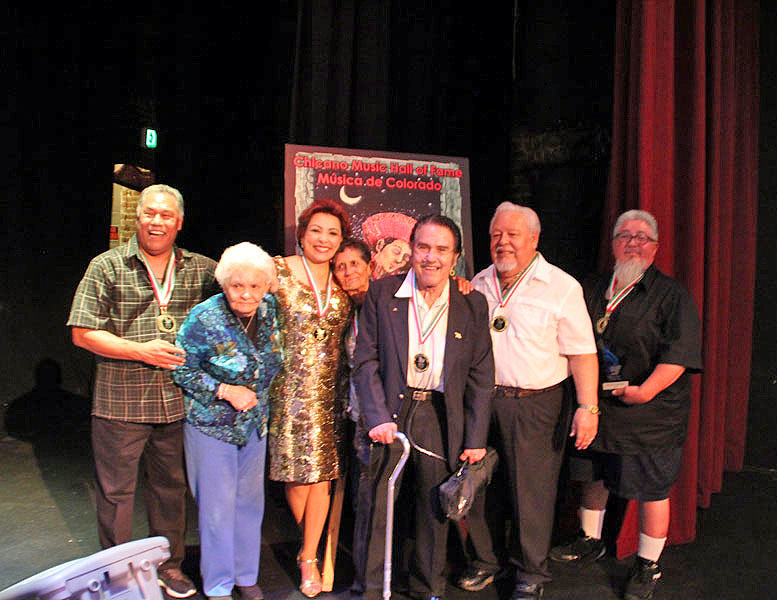 On July 30th, Su Teatro is excited to honor this year’s superb inductees who have contributed to keeping Spanish-language music flourishing in Colorado. The Chicano Music Festival will offer virtual programming from July 29th through August 2. For public health reasons, there will be limited access to in-person programming. Please check theCMF program schedule  at www.suteatro.org, or call 303-296-0219 for more information.

This event that will be closed to the public but available via livestream on Zoom, Facebook, and YouTube.
Lu Liñan and her family were among the first to bringMexican Mariachi music and dance to Colorado public schools in the 1960s and 70s. Lu and her husband, Salvador Herrera,would bring Mexican Mariachi bands from Mexico to perform at Colorado public events so that the people of Colorado could celebrate Mariachi music and culture.

Frank Ayala has been an influential Chicano jazz musician in the Denver area for the past 30 years. His current ensemble is called Mistura Fina.His La Raza Cosmicatake on musicmixes Spanish-American-Indian musical traditions, and combines influences from the best that humanity offers.

Los Trujillosare a “true dance band for the masses.” This tight-knit family of musicians from Commerce City has brought Tejano/Colorado music to weddings, celebrations, and other festivities across the state for the past 45 years.

In addition, this year’s CMF/HOF will offer a tribute to two musical icons who have passed this last year: Mariachi Vasquez patriarch Raul Vasquez and jazz master Freddie Rodriguez.

LLD Theatre Review: There’s No Place Like Home, “NORTHSIDE” at Su Teatro Thru June 30th Only