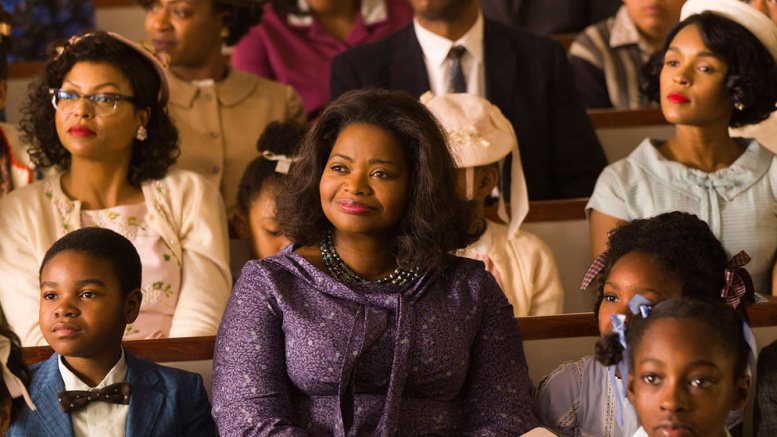 Went to see the movie Hidden Figures tonight. Great movie that I think you will really enjoy, especially if you see it before the presidential inauguration. One of the reviews said the entire audience applauded at the end of the movie. I thought the Entire Audience, I don’t think so. But darn if the entire audience didn’t applaud. They all did, including me. I was surprised by the absence of Blacks & Latinos in the audience. From what I could tell I was the only Latino in the packed theater, no Blacks and it was $5 Tuesday. This is one of those inspiring movies that everyone, young and old, male & female, Black, Brown & White should see.

The move tells the true story of 3 black women who are exceptional mathematicians who find themselves working for the NASA space program prior to the United States ever sending an astronaut into space. It starts in 1961, Kennedy is office, segregation is part of American life, down to the bathrooms, water fountains, buses, schools and just about anything else. Blacks did not have the right to vote. Martin Luther King was just beginning his civil rights crusade.

So how did these three unsung heroes make it to become such an integral and key part of the success that NASA enjoyed. NASA was an all white male institution.No women. So for a black women to walk into the position of figuring out the mathematical calculations for launching the rockets with a space capsule on top into space and bring the astronauts back was unheard of. NASA’s own engineers were not able to figure the equations necessary to make that happen. The mathematical figures required were as hidden as the black figures who came up with the solutions but who never received the credit for their work. Thus “Hidden Figures.” These three women were the Rosa Parks of the space program. It is very entertaining, with toe tapping 60’s pre-soul music and great performances by everyone. It portrays blacks as intelligent, sophisticated people who are proud of who and what they are.

The movie tells the story of how people, no matter the color of their skin or gender, who with self determination, self confidence and education can overcome all odds in any era. It is the perfect movie to see during this Martin Luther King Week and the impending presidential inauguration and protests. It is a positive escape.