The groups have launched the effort today with a letter to Sens. Dean Heller, Catherine Cortez Masto, John McCain, and Jeff Flake to oppose a Congressional Review Act resolution that would overturn the U.S. Bureau of Land Management’s natural gas waste rule and prohibit the agency from taking future action. Mi Familia Vota is also running an online ad campaign calling on Senators to oppose the rollback.

The CRA would permanently harm taxpayers and pollute the air for communities throughout the West. The CRA passed the U.S. House of Representatives last Friday, though it did face bipartisan opposition. A vote in the Senate is expected as early as this week. 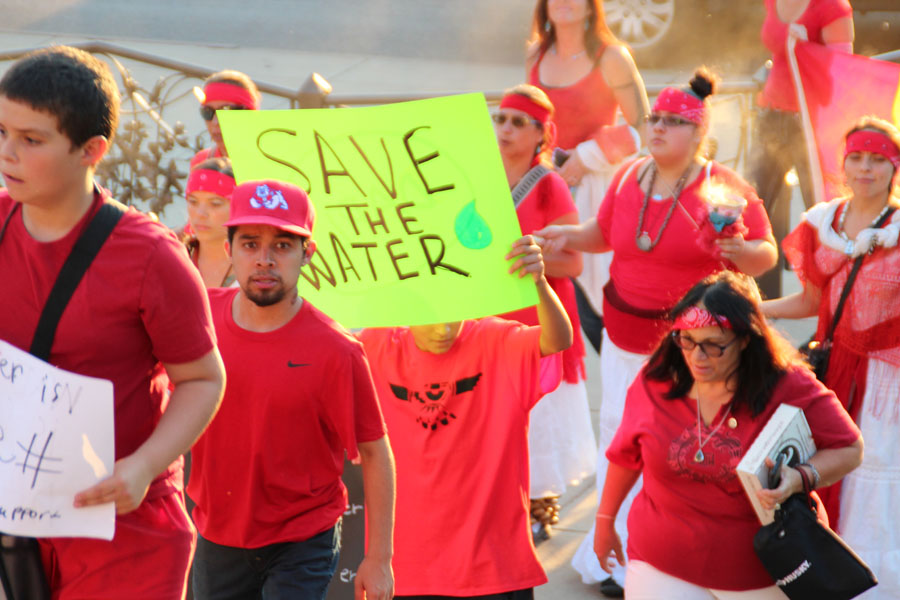 “Overturning the BLM rule to curb natural gas waste on taxpayer-owned and tribal lands fails our moral obligation to protect our cherished outdoor heritage, clean up our air, and ensure that our communities and children are not harmed by public health issues that we can knowingly prevent,” said Al Martinez, HECHO Advisory Board Member. “Our leaders should side with the people, not special interests, and keep the rule intact.”

Latino faith leaders from both Arizona and Nevada are currently in Washington, D.C. this week to meet with their elected officials and express their communities’ support for the rule.

“We have a responsibility to ensure that air quality doesn’t harm our children and communities,” said Victor Venalonzo, a representative of Por la Creación Faith-based Alliance from Yuma, AZ. “There is no excuse to not modernize oil and gas development, especially when our health and safety hangs in the balance. And if the resulting changes equal hundreds of millions of dollars in savings, we can invest in improving health outcomes and community infrastructure.”

Each year, oil and gas companies operating on federal and tribal lands are wasting more than $330 million worth of natural gas. This also results in a loss of royalties paid to state and tribal government that could help improve our schools, roads and other infrastructure. The BLM rule would curb natural gas waste by requiring existing oil and gas operations on public lands to use the most up-to-date technology to capture wasted natural gas that is either released into the atmosphere or burned off and repair leaks from equipment

“The BLM Methane rule was created with the input of thousands, via community meetings, shared stories and testimonies from those most affected by this natural gas pollution,” said Rudy Zamora, program director of Chispa NV, League of Conservation Voters. “Our communities, especially communities of color, are concerned about the health effects on us and our environment now and for future generations to come. We can’t afford to lose our safeguards.” 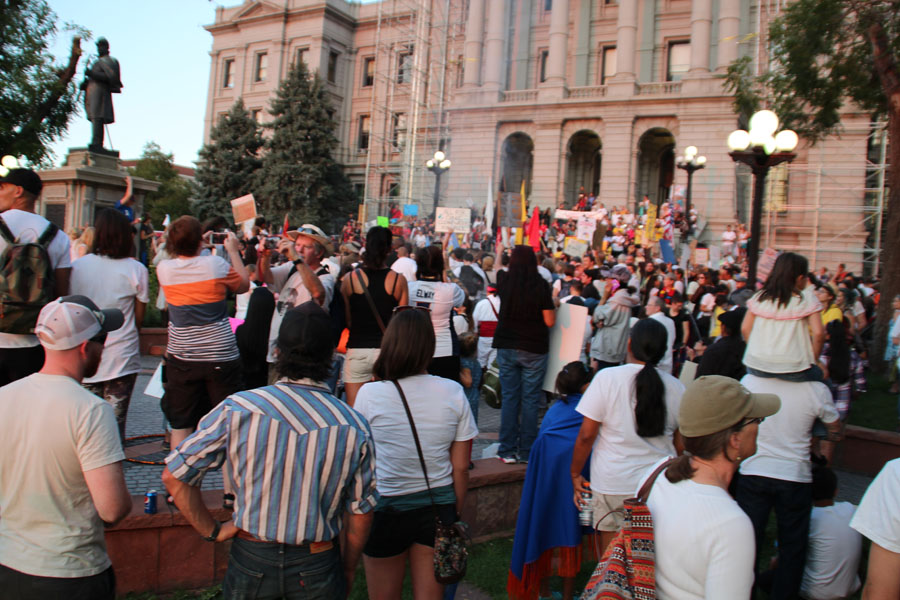 In fact, more than 200,000 individuals and groups commented in support of the BLM proposal during the public comment period. Additionally, the support has been diverse – business groups, Latino organizations, agricultural groups, sportsmen groups, public health experts, environmental groups and taxpayer organizations have voiced their support. A new bipartisan poll released in January found that 76 percent of Latino voters from across seven Western states support implementing the BLM rule, according to the Colorado College: The Rockies Project’s 2017 Conservation in the West Poll.

“It’s critical that Latinos in Nevada and Arizona support our partners in the Rocky Mountain West,” said Martinez. “While oil and gas development is prevalent now in Rockies, taking steps for cutting waste now would ensure more responsible development in Nevada’s future. Plus, taxpayers everywhere would benefit by cutting natural gas waste on public lands.”

When natural gas, primarily in the form of methane, is released into the air, so too are harmful pollutantssuch as benzene, which are linked to cancer, and other ozone-forming pollutants that can trigger asthma attacks and worsen emphysema.

The impact is even greater on Latino communities, as they face elevated risks due to toxic emissions, according to a report by the National Hispanic Medical Association and Clean Air Task Force, which found that “more than 1.81 million Latinos live within a half mile of existing oil and gas facilities and the number is growing every year.”

“There’s no shortage of documentation on the negative health side effects from natural gas waste,” said Ben Monterroso, Executive Director, Mi Familia Vota. “Yet, with every vote to overturn the rule we’re ignoring the facts and jeopardizing our safety. Our senators need to join together and do what’s right for their constituents – do what’s right for tomorrow, not just for financial gain today.”

While Arizona and Nevada’s energy development activities haven’t reached the same levels as neighboring states, their residents will face a significant burden if the rule is overturned. In Nevada, the number of acres leases for oil and gas development has grown by 118 percent since 2000 and now ranks fifth nationally in total number of acres. Arizonans, on the other hand are getting stuck with the waste without any financial or employment benefit. NASA recently discovered that oil and gas operations were largely responsible for a methane cloud the size of Delaware that is currently hovering over the Four Corners region. In both cases, without the BLM rule the future health of its citizens is threatened.

This “Latino Partnership to Cut Waste, Protect Our Health” effort follows more than two years of education and outreach efforts by the Hispanic Access Foundation and HECHO to highlight how natural gas waste harms taxpayers and public health for Latinos in the Rockies. The groups recently expanded education efforts last week including radio ads by HECHO in the Reno area and online ads by Hispanic Access Foundation running across the Nevada.

Hispanic Access Foundation is a 501(c)(3) non-profit organization that improves the lives of Hispanics in the United States and promotes civic engagement by educating, motivating, and helping them to access trustworthy support systems.  For more information visit www.hispanicaccess.org.

Hispanics Enjoying Camping, Hunting, and the Outdoors (HECHO) works to protect our healthy watersheds, clean air and robust wildlife habitats so that we can continue to enjoy and practice centuries-old cultural traditions that depend on these open spaces.