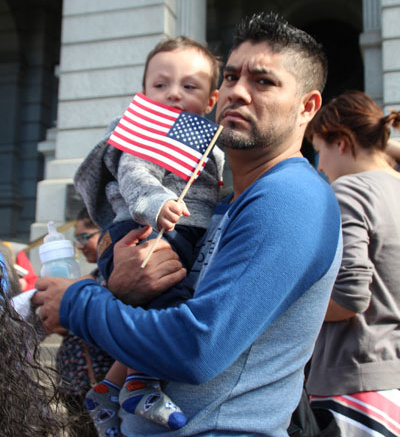 Statement by Cristina Aguilar, Executive Director of Colorado Organization for Latina Opportunity and Reproductive Rights (COLOR) on the hearing on House Bill 1134, which would take away the ability to create sanctuary cities and perpetuates harmful language and rhetoric:

“House Bill 1134 uses incredibly insulting language about immigrants and perpetuates harmful rhetoric in order to threaten the ability to create sanctuary cities by pushing unnecessary, special liabilities for the rare cases of a crime being committed by someone who happens to be undocumented.

The bill talks about ‘illegal aliens’, a pejorative and dehumanizing term. When we allow the use of such words in our state code, we send a statement that it is ok to treat immigrant communities in disrespectful and even violent way.   There has been an increase in hate crimes against immigrants and the Latinx 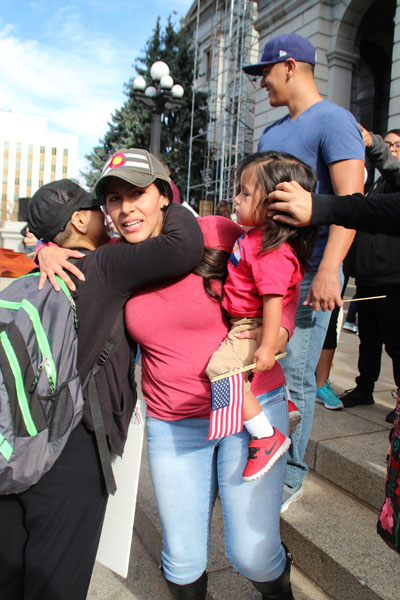 community as a whole in recent years while crimes committed against other racial, ethnic, and religious groups has over the same period shown either no increase or a decrease.

HB 1134 also reinforces negative stereotypes about immigrant communities as making them other and something that is to be judged or insulted when in fact immigrant people – both documented and undocumented – contribute so much to our communities through hard work often in low wage jobs with few protections.

This bill does not just use harmful language.  It also perpetuates inflammatory rhetoric and claims about undocumented people by implying that they are criminals that we need to be protected from.  This is simply not true.  A majority of studies in the U.S. have found lower crime rates among immigrants than among non-immigrants, and that higher concentrations of immigrants are associated with lower crime rates.  Additionally, when crimes are committed against undocumented people because of their legal status, many people are understandably afraid to involve law enforcement.

We do not need extra, special laws about undocumented people who do something wrong.  This does not serve anyone.  It is about using scare tactics to push untrue claims about immigrant communities and take away the important protections offered by sanctuary cities.

These cruelties not only impact people who are undocumented, but all people who may look a certain way – people who look like me.  We are hearing multiple reports of people of color being pulled over and interrogated not because they are undocumented, but because of racial profiling.  And we know that many people with documentation have been caught up in the discriminatory dragnet of the recent federal travel ban.  Bills like this are part of a larger patchwork of attacks that we cannot stand by and allow to move forward – attacks that hurt us all and that are a stain on the values of freedom and fairness that we hold dear in Colorado.

We should ensure that we treat people with dignity in the policies that we forward and the way that we talk publicly or on paper in our laws and code about immigrant families.  We do not need this legislation.  We do not need any bill that would leverage stereotypes to deny protections.  We do not need to become a police state or to support racial profiling.  We are better than this.”