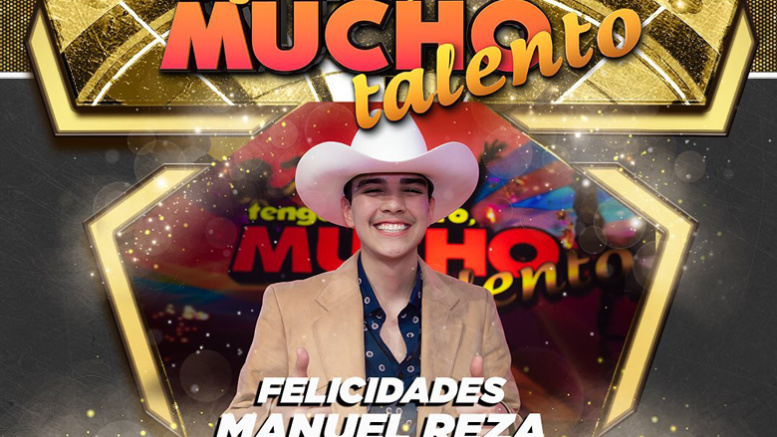 Denver, Colorado native Manuel Reza, a 17-year old senior at Adams City High School, was crowned this season’s winner. Reza won a grand prize of $100,000 along with a career launching opportunity and support from the EstrellaTV Network. Reza’s parents are originally from Chihuahua, Mexico, and he only discovered his passion for singing two years ago. Week after week Reza captivated and intrigued the judges’ and audience’s attention with his youthful personality and gifted voice. Reza now hopes to pursue a career in the Regional Mexican music industry.

“Tengo Talento, Mucho Talento” holds auditions for thousands of contestants across the country in search of American’s next big Hispanic superstar. The judges and millions of viewers make one talented person’s dreams come true with a $100,000 grand prize.