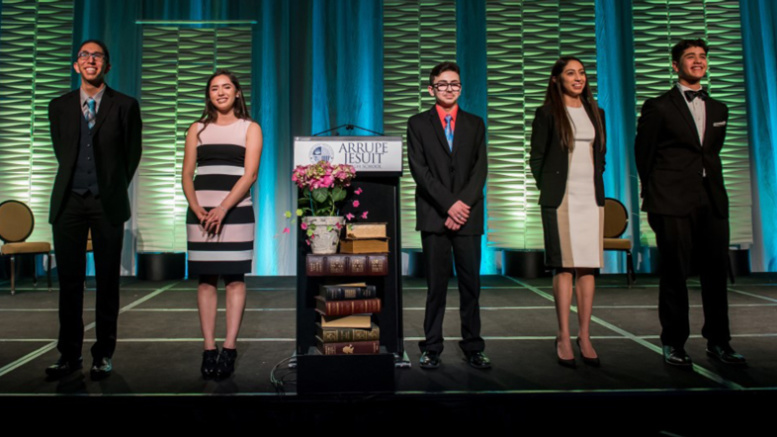 Arrupe Jesuit High School is a private Catholic high school in northwest Denver that very deliberately serves only low-income students. The overwhelming majority of Arrupe Jesuit’s 370 students are Hispanic, and most enter the school several grade levels behind their peers. By nearly any standard, these kids are the least likely to succeed. Statistics and probability have all but consigned them to failure.

Jesuit offers hope to these children. Their families would not be able to afford private school tuition on their own, and the school charges only a fraction of what it costs to educate a student. Even then, most pay only a portion of the lower amount.

To help cover costs, Arrupe Jesuit students work five full days a month in organizations of their choosing through the school’s signature Corporate Work Study Program. Roughly 65 percent of each student’s tuition costs are covered by the wages earned while building up a resume.

The opportunity provided by Arrupe Jesuit pays off in a big way for its students. Nearly every one of the school’s graduates are accepted to a college or university of his or her choice. Ninety-two percent of these students will be the first in their families to attend college, and nearly half are the first in their families to graduate high school.