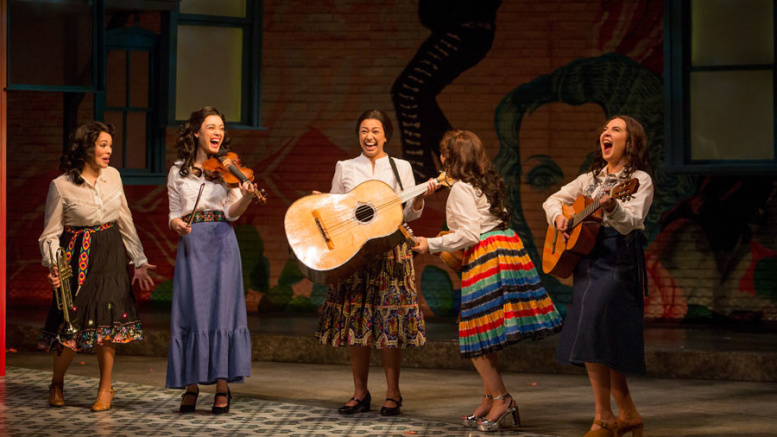 "Las Coranelas" the name the group decides to give themselves make their debut at a quinceañera . photo-by-adamsviscom 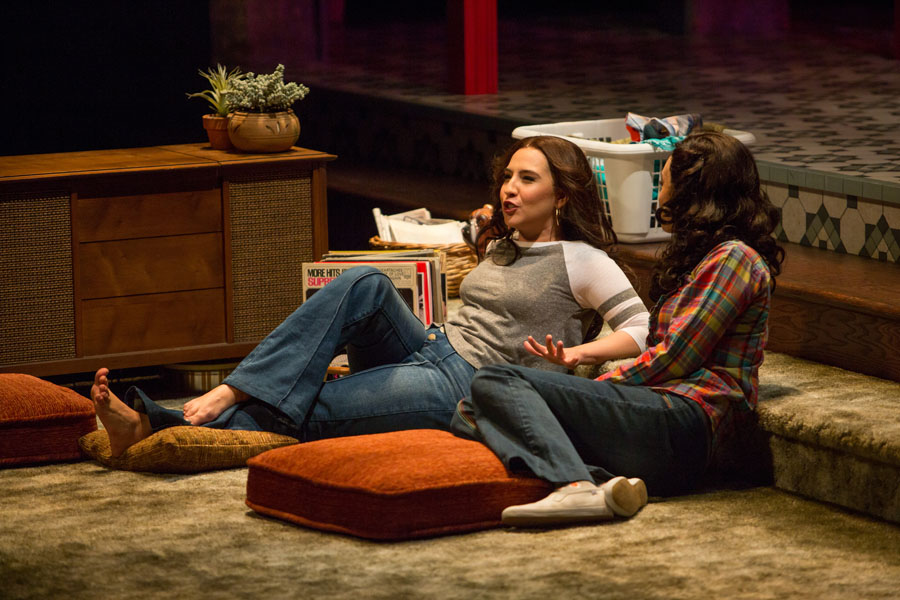 “Hortencia”Heather Velazquez & “Lucha” Jennifer Parades hang out debating what music to play, the Bee Gees or Javier Solis or…? photo-by-adamsviscom 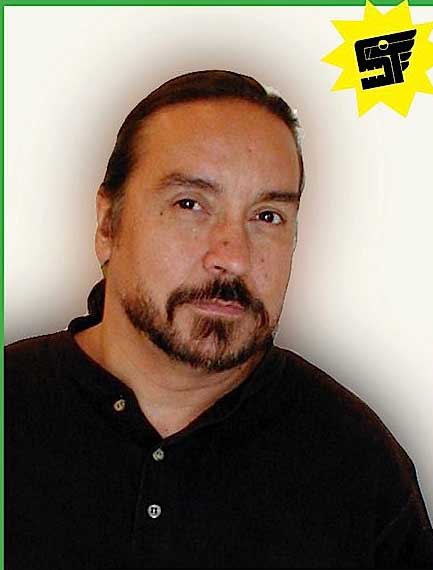 To say Jose Cruz Gonzalez has created a work that is a subversively political work would evoke references to Latinos as sneaky and in some way untruthful. Instead it is a very straightforward depiction of Mexicans as normal, and mariachi as an honored and familiar enough to be accessible. That subtlety and experience show in American Mariachi, this should not come as a surprise from the man who transformed the canon of American theatre as the head of the Hispanic Playwright Project at South Coast Repertory, where he introduced the U.S. public to the likes of Octavio Solis, Luis Alfaro, Lisa Loomer, Karen Zacarias, Josefina Lopez, Kristopher Diaz and of course Pulitzer Prize winners Nilo Cruz and Quiara Alegria Hudes. 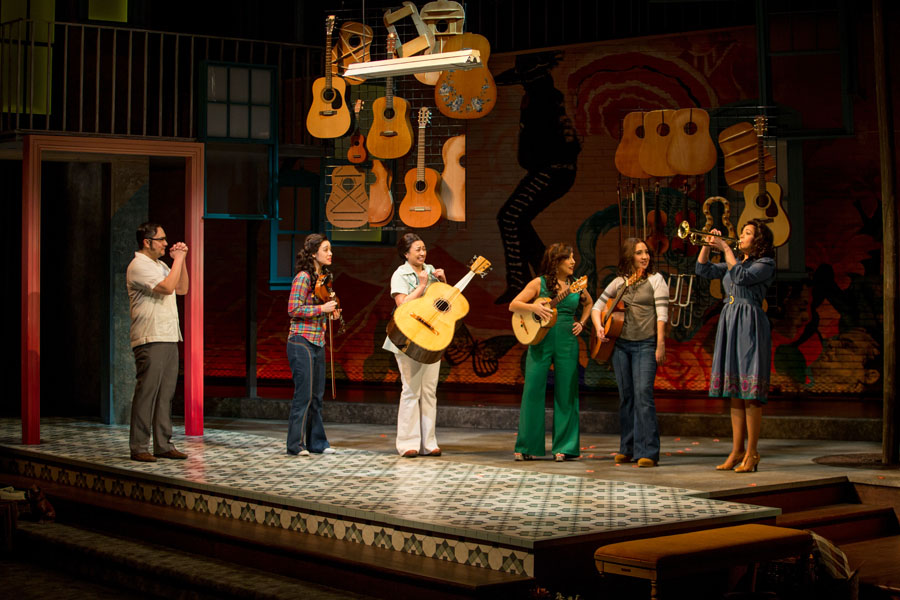 The ladies try their hand at mariachi music at the music shop of “Lucha’s” uncle, “Mino” played by Rodney Lizcano.  Like the characters they play none of the women had ever played a musical instrument prior to this production.

I wanted to write a response to American Mariachi because I had to offer my opinion or give my reaction, as if my thumbs or down was really an indication of the quality or significance of the work. Chicano/Latino art has suffered in its ability to cross over into the mainstream for a number of reasons, the biggest is that the dominant culture struggle to understand and in many cases, fears the “othernesss” of the language, the culture and traditions of such work. If a work is too authentic, then it runs the risk of being colored as less, exotic, different or perhaps even threatening.

If a work makes accommodations to the include audiences that may be outside the culture, it runs the risk of being criticized by our community, who sometimes tend to view Chicano and Latino work with a sensitivity and a sometimes a harsher standard. 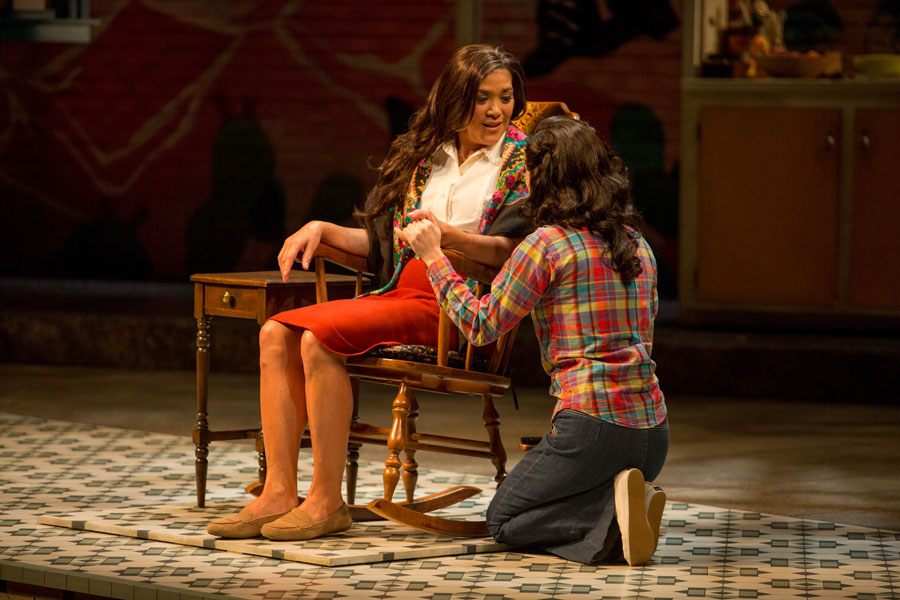 Quien eres tu? (who are you?) asks “Amalia” Doreen Montalvo of her daughter “Lucha”-Jennifer Parades. Amalia has developed Dementia and is deteriorating quickly. photo-by-adamsviscom

American Mariachi in its title alone is profound, as it challenges us to look at our definition of both words. It tells us that mariachi music, often confined to the novelty of bawdy costumes, loud and off-key instruments clashing with the loud voices and crashing dishes in overcrowded restaurants, is to be considered in equal representation of what is “American”.  In doing that it challenges us to look at what is an American.

Jose Cruz Gonzalez having profoundly and boldly titled his work, never does return to either conversations. Instead he proceeds to treat it as a subtle manner. Although the play is set in the U.S., the location is never a factor in the story. The characters speak Spanish and English, work, love their families and have dreams. They do not talk about their immigrant experience, nor their border crossing. They also do not talk about gang life, prison sentences nor drug use. We find the characters are normal. That is one of the greatest beauties of American Mariachi, the profound yet simple truth that we are normal, in our contemporary political environment there is tremendous power in that concept. 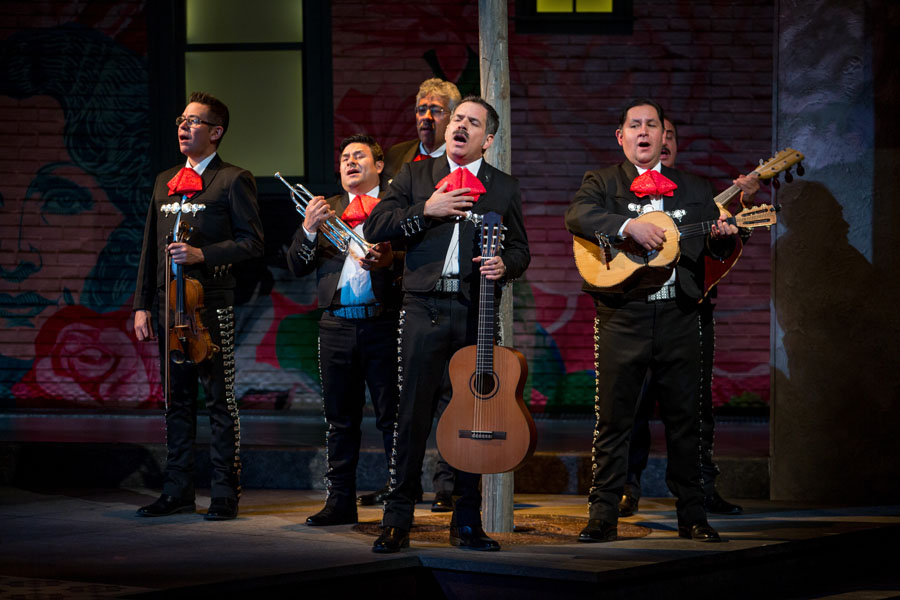 “Federico” The domineering machismo father played by Bobby Plasenica, is the leader of the all male mariachi group. The mariachis were selected individually as the best in the U.S. None had met nor played together prior to this production. photo-by-adamsviscom

The playwright also makes no accommodation for a monocultural audience, interweaving Spanish and English, often without translation. Some of the biggest punchline are in Spanish only. We are also not given a European-American to serve as our guide through this very Mexican journey. There are no translators or sympathetic allies waiting to sweep in and save us. The play is offered from a very, “ entre nosotros” perspective. This is our family complete with joy and pain, you are invited in to view and share. We understand we are not perfect, can you?

We are also passionate, and our passion for mariachi is deep. It is steeped in tradition; mariachi music is cross-generational with parents judiciously teaching their children its value. Mariachis pass the music through their families with the some of the greatest mariachis being the product of multi-generations of mariachi descendants of master musicians. Luthiers (guitar maker) design, build and repair instruments for specific musicians. These instruments are also passed down from generations to generations. American Mariachi celebrates this tradition. It describes the role of each instrument. It talks about the sacredness of each aspect of the mariachi experience including the “traje”, the traditional costume, a vestige of the horse culture of Guadalajara. We are given Mariachi 101.

The core of American Mariachi is the heart.  It is about family, and intense love, and like any good bolero it carries with it that aching moment of hubris that will not only harm, but scar for years into the future. As it is our humanness and the accompanying weakness that creates the tragedy, it is also that diametrical opposite human trait, it is our ability to forgive and reconcile that will heal us. 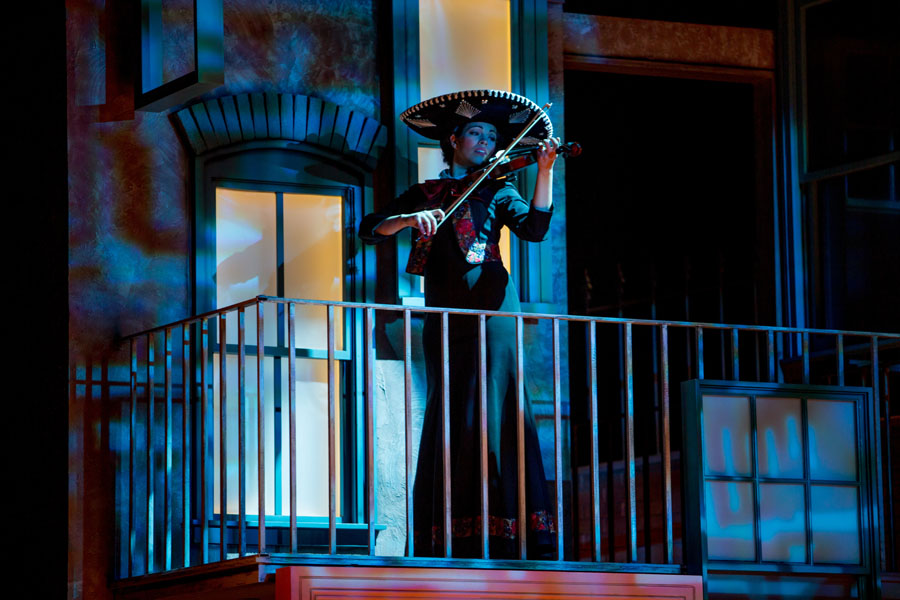 In a crowded theater, I hear sniffling, I look expecting to see all the soft hearted Latinas with their hankies to their eyes. I remember a performance of El Teatro Campesino of La Carpa de los Rasquachis more than 4o years ago, at the sad moment that Jesus Pelado Rasquachi realizes like Willie Loman in Death of a Salesman that his life given to toil and sacrifice has led him to failure. Upon his inevitable death, the sniffles began, what was most illuminating for me as I looked around the theatre, yes, the young Chicanas were in tears. But my older “ muy macho” peers were wiping the tears from under their sunglasses. Last week as I looked around the emotional theater, it was the number of white males who were wiping their eyes under their bi-focals. Both revealed to me the power of theatre.

Publishier’s Note: American Mariachi plays the Stage Theater at the Denver Center for the Performing Arts through February 25th. Tickets start at $20.