With blue, red, and white confetti shooting out into the audience marking the end of the night, On Your Feet! showed to be a spectacular musical with moments feeling like a true Gloria Estefan concert. Both longtime fans and newbies of the power couple got to see their rise to fame with their love story, family troubles, discrimination and immigration struggles. From Aug. 8th to Aug. 19th.  You too can witness their hit songs that will get stuck in your head long after the show has ended.

Even though On Your Feet! is a musical about their story, it is also a story that many of us can relate to and be inspired by.

With the ongoing tensions in the United States dealing with race and immigration, On Your Feet! proved to be once again relevant most poignantly when Emilio’s character responds to a music executive who questions his ability to cross over into mainstream America because of his predominantly Latin background. Take a good look at my face,” he tells the executive in a stern voice, adding “This is what an American looks like.” Cheers and applause vibrated throughout the theatre long after that line. 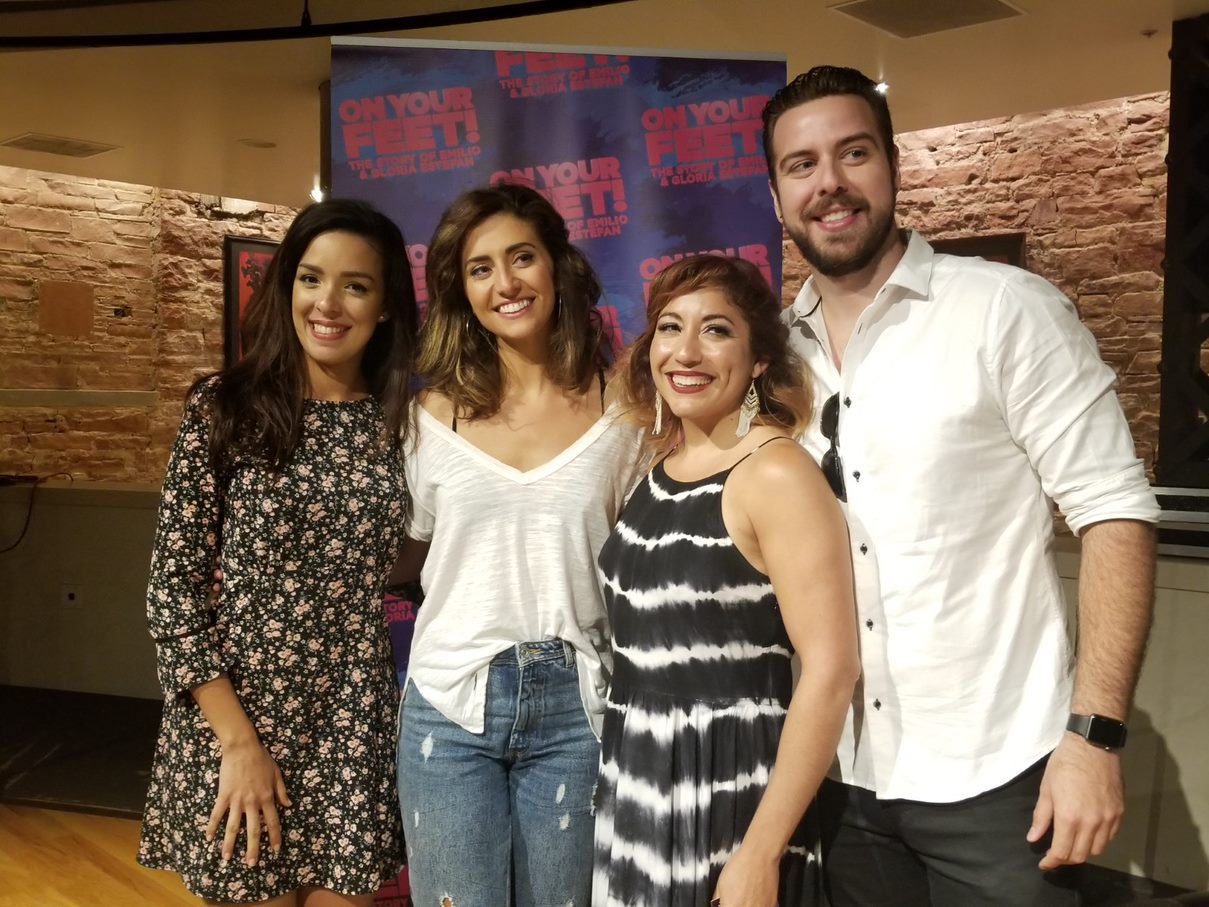 Latin Life Denver Media talked with four of the casts performers, Claudia Mulet, Marina Pires, ShadiaFairruz, and Eddie Noel, after the show on Aug. 9th,  Claudia described the fear of not knowing how the audience will take a line such as the one above. Regardless if the audience remains silent or cheers, “it always works… at the end of the show, whatever audience, they always stand up. No matter what.” The use of Gloria’s catchy songs, heartwarming love story, and tear inducing family struggles with snippets of the history of Cuba and Vietnam War creates a memorable experience, even if everyone in the audience cannot relate to or understand Gloria’s and Emilio’s story fully.

Both Gloria’s and Emilio’s story and the musical itself can be an inspirational tune for the new generation struggling with identity or finding it hard to make it to “Hollywood.” Shadia grew up seeing and hearing Gloria Estefan. “She was that first female pop singer star that was a Latina that was doing it. I guess in a weird way I really admire that about her without knowing that I would end up on stage doing what I do,” Shadia said about Gloria. 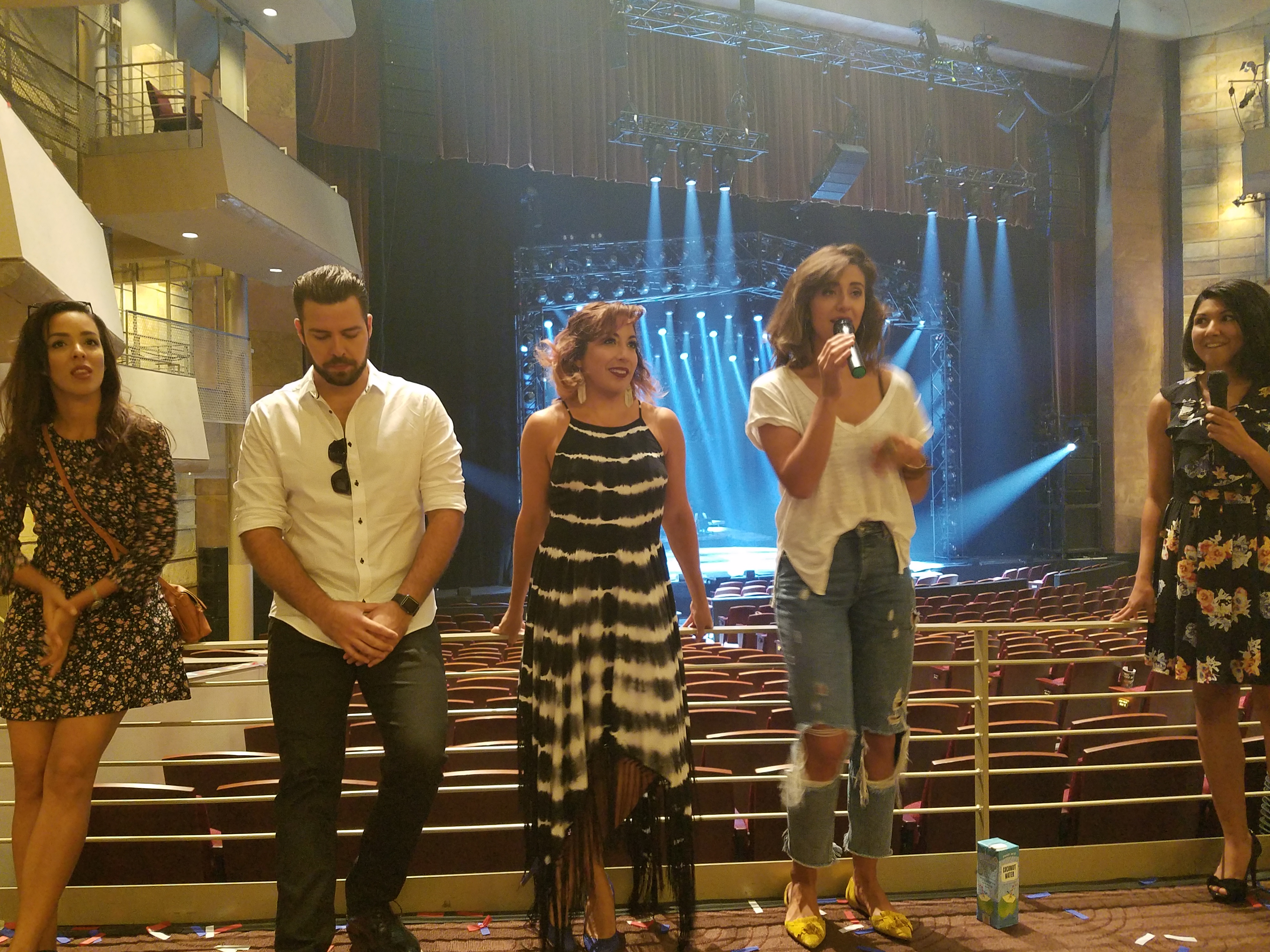 Cast members discuss the production during a talk back session with the audience following the matinee performance. Photo by Miguel Baca Barragan, Latin Life Denver Media

“Seeing other people like me on stage just made it so much more accessible. What I would want our future Latino artists, performers, to do is just follow their dreams. Don’t let anybody tell you, you can’t do it,” Eddie chimes in, “not even your mom.” Gloria Estefan didn’t listen to her mother, and for that she has won 7 Grammys and is the most successful Latin crossover performer in the history of pop music. The younger generation can see that if Gloria did it, as well as all performers on stage making it on a traveling tour, then they can do it too. 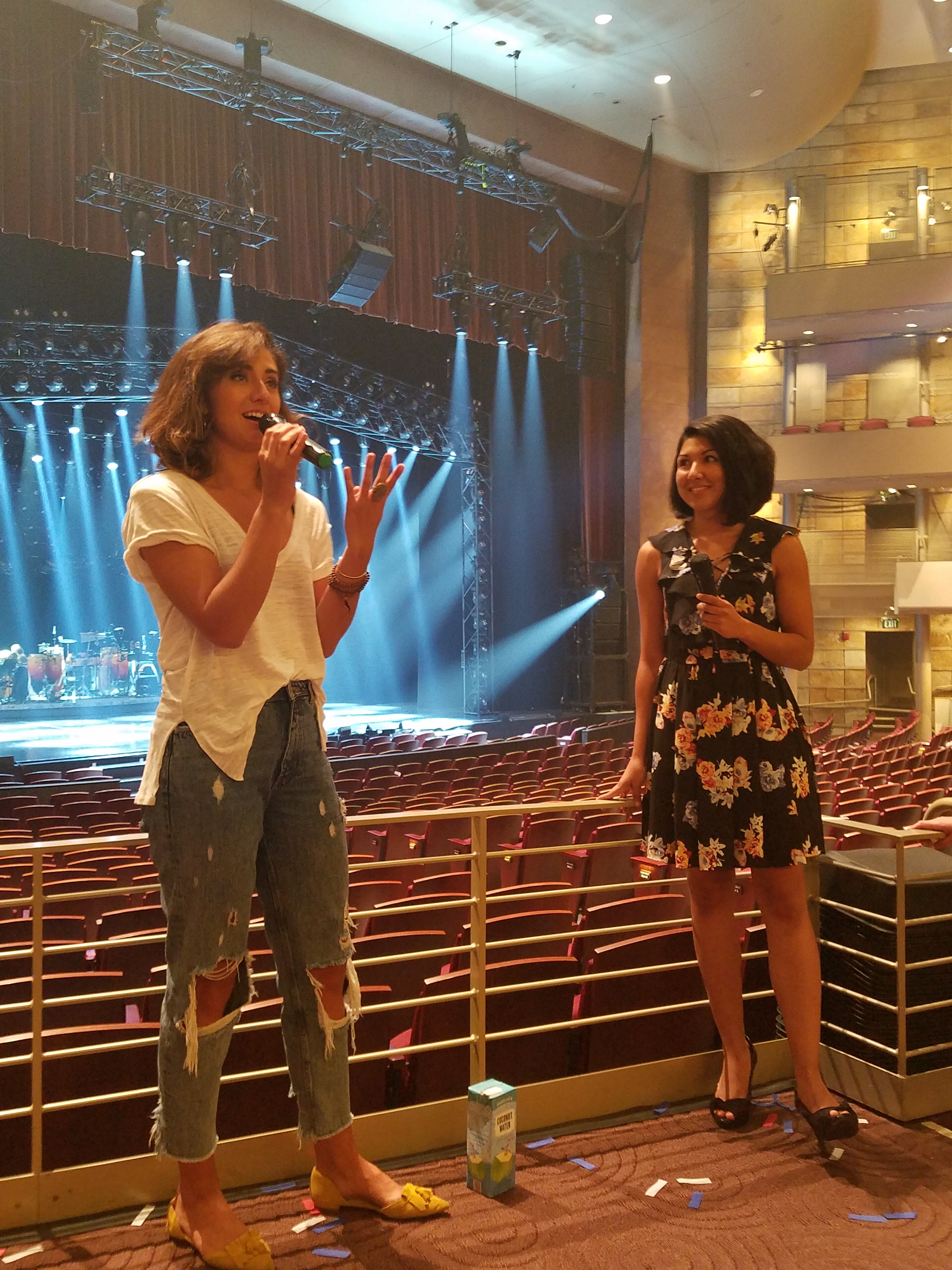 “Be proud of who you are. Life is an endless lesson,” Marina continues the advice for younger generations. As a Brazilian-American, Marina struggled with identity. She was divided between the two cultures, and “I think the beautiful thing Gloria and Emilio have taught me through their show and through what they’ve done with Latin music is that they never gave themselves a genre. They said this is who we are, you figure out where you want to put us if you want to put us in a box.” No one could decide where to put their fusion music, but in the end, people enjoyed it and wanted more. Like their music, Marina wants any generation to know that an identity can be a combination of multiple cultures, but if it works for you, then that’s all that matters. 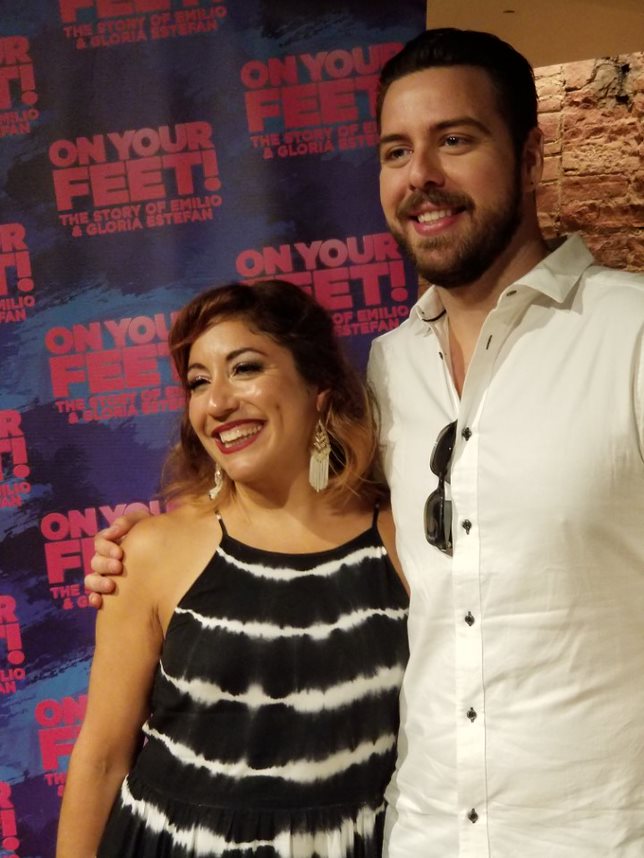 On Your Feet! really does want to make you be on your feet with each song, but it is not just a musical about their songs. It is a musical about the struggle of making it big in America, that it is not impossible. Anyone seen as a minority can rise to the top and overcome obstacles in the way, like Gloria and Emilio did years ago and continue to do so even today.

Read our other articles & reviews of this production:

The Rhythm Is Going To Get You! Gloria Estefan “On Your Feet” Review

Its Conga Time In Denver So “Get On Your Feet” Gloria & Emilio Estefan Musical Thru Aug. 19th