By Joe Contreras, Latin Life Denver Media…See second review by Juan Vasquez below…
Have you ever felt shame, or cringed at being called or referred to as Mexican? Have you ever wondered why? Do you remember the terms dirty Mexicans, lazy Mexicans? For many older Chicanos, Mexican Americans, Latinos the term Mexican and associated connotations have been used as a form of oppression and domination to control and colonize them as a people. Many have not been aware that history, or the American version of history, has been used against them to suppress their dignity and pride of their Mexican ancestry. That’s the underlying premise behind “Remember the Alamo” Su Teatro’s current production playing this weekend for 3. shows only. 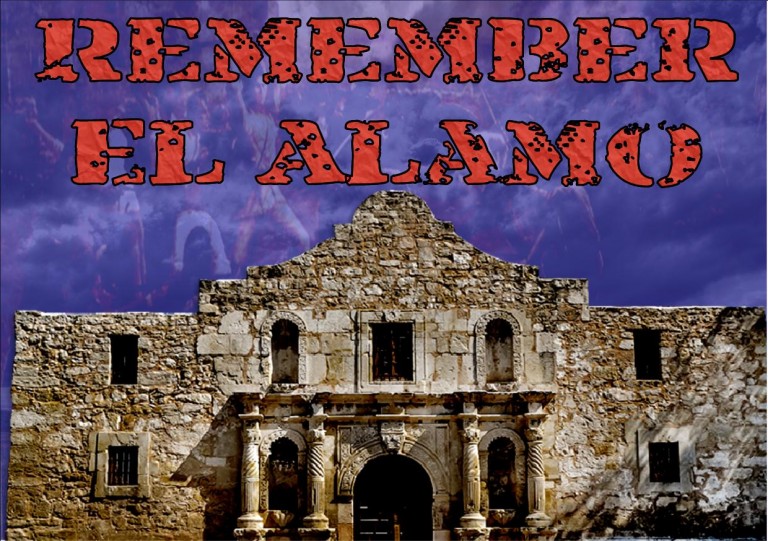 The play tells the story of two young boys growing up in Houston’s North Side, although it could have easily been Denver’s North Side, the father often tells them fascinating stories of their Mexican ancestry, much to their mother’s objections,  from the time of Incas to the Mayans and Aztecs. He also tells them war stories of the Mexican revolution and what he believes is the true story of the battle at the Alamo as it was told to him from his father and his ancestors. “It’s a chain of history that should not be broken, those stories of our ancestors,” he tells them.  He tells them that the Alamo was originally a mission built by blood and sweat of their Mexican ancestors at the hands of the Spanish conquistadors who enslaved them.

The Alamo in San Antonio, Texas belonged to Mexico but the new North American invaders wanted the Alamo and Texas for themselves and killed more that 160 Mexicans in their quest to occupy the mission before the Mexicans returned to retake El Alamo and defend it as part of their country in the epic battle in 1836 that saw hundreds killed on both sides. With the battle cry of “Remember the Alamo” and the negative vengeful propaganda of the cruelty and barbarism of the Mexican people,  the new “Texians” with the military support of the United States quickly retook El Alamo converting into a makeshift fort.
But  when the ancestral  account of that story does not conform to what the two boys are  taught in  their north Houston school by their history teacher the confusion and bewilderment of who they are begins. The confront their father accusing him of lying and telling them many falsehoods about their ancestry. “Our teacher told us the truth of what really happened at the Alamo. Of the true American heroes who fought for independence from Mexican tyranny, ” they tell him. 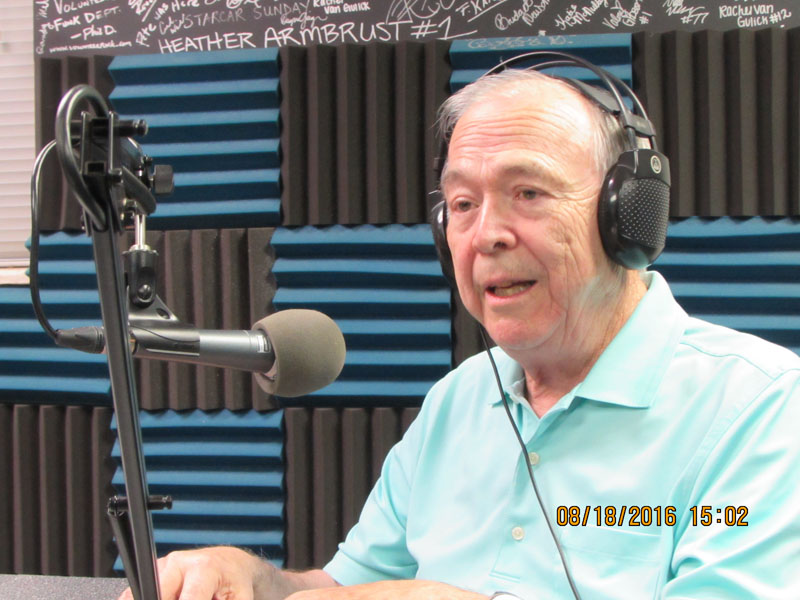 What follows is the struggle for the boys to understand who they are  as they grow up in American society. One joins the army and goes off to fight in the Vietnam War the other goes to college at the University of Colorado.  Anti-war protests and the Chicano movement are depicted through song and visuals on the big screen behind the main set. The term El Alamo is used to refer to the time that Mexico owned the land where the mission sat prior to the battle of March 1836 and “The Alamo” references the North American occupation of the fort. 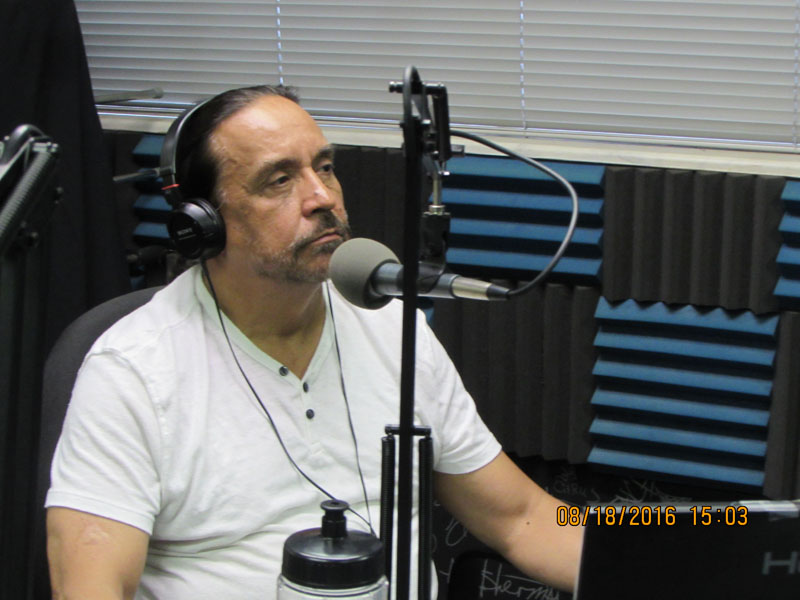 Playwright Al Ramirez also wrote the music for the play although he said he had little background in that area. The songs are wonderful and further help tell the story. Ramirez said on the Latin Life Denver Radio Show that “We need to take ownership of the term Mexican and be proud of our Mexican ancestry.

We should not allow others to dictate how we should feel about that term. Taunts of dirty or lazy Mexicans have been used to keep us down and ashamed our Mexican culture and ancestry.  It has been used as a way to brainwash and control and colonize who we are,”  he said. The play makes clear why Chicano Studies are a vital part of getting our history correct.

Anthony Garcia ,Su Teatro’s creative director and the director for this production, has managed to walk the fine line of making this play highly entertaining yet enlightening and educational. The humor and live music throughout the play provides relief to an otherwise heavy and deep subject.
I want my son and everyone it may family to see this play. Every community leader and and anyone interested in the Mexican/Ameican/Chicano experience should see this play. It will leave with much to talk about and will challenge you to rethink how much you may have been indoctrinated, brainwashed and made confused and maybe even ashamed of who and what your are.

The only shame of this production is its very limited run. This performance should be on every school stage and part of every Chicano Studies curriculum.
Remember El Alamo plays a matinee today at 2:30pm and and evening performance at 7:30. Then again next Friday and Saturday. Don’t miss this very engaging production. 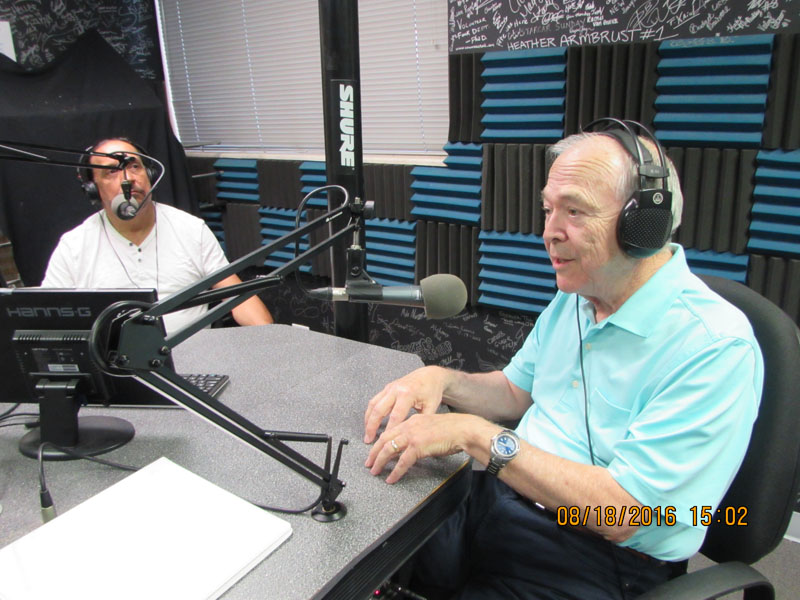 Last night I attended a Su Teatro presentation of “El Alamo”. Since most of us were indoctrinated with the “east to west” version of this Texan historical event, it was refreshing to get the “south to north” version in this play written by Albert Ramirez and directed by Anthony Garcia.

Of course we all grew up imbibing tales of the Alamo taught to us by the Daughters of the Republic of Texas. More than any event in U.S. history, the history of this battle was taught to us by the movie media. Since then we realize that the Hollywood and John Wayne version were not too consistent with reality. Aside from distorting the “Battle of the Alamo” it has also been turned into an element of patriotism where telling the “truth” sounds almost like heresy or anti-american.

So this play attempts to show you what problems arise when the lost hero survivors try to instill a bit of truth in the raising of a Tejano family about this important event in history. It provides a good example of how we lose our youth by lying to them about historical events which define their identity. This play exemplifies what could well be the descendant’s version of the real Tejano heroes of Juan Seguin, Manuel Flores, etc. who were duped by the Texans by telling them to join into the fight for Freedom and an Independent Texas Republic. Juan Seguin especially was critical in providing information to rebels by his spying activities of Mexican forces.

The Texans however, had other reasons (create a slave state for the south) only known to Sam Houston and company. The success of the Battle of San Jacinto was won thanks to spying information like Juan Seguin’s and not by the good luck and high patriotism we get from from the DRT.

After further investigation (Jeff Long’s, “Duel of Eagles”) this event was part of U.S. president Andrew Jackson’s plan for expansion into a friendly neighbors territory (Tejas was a Mexican state). He was responsible for providing arms and mercenaries to eventually steel 3/5 of Mexico at an opportune time when this country was still weak from Independence (1810-1821) and too divided to provide resistance. It represents the U.S. invasion of a latin-american country.

This play was an ambitious attempt to give us an insight of how we find it so easy to lie and deceive by ommision. Lucky many of us are educated enough to try to live the “truth” in life including our own history. This provides us a chance to remember the Alamo the way it really was and not the whitewashed version. It is more authentic to find honor and duty  by “owning up to your history” rather than “manning up to this legend”.