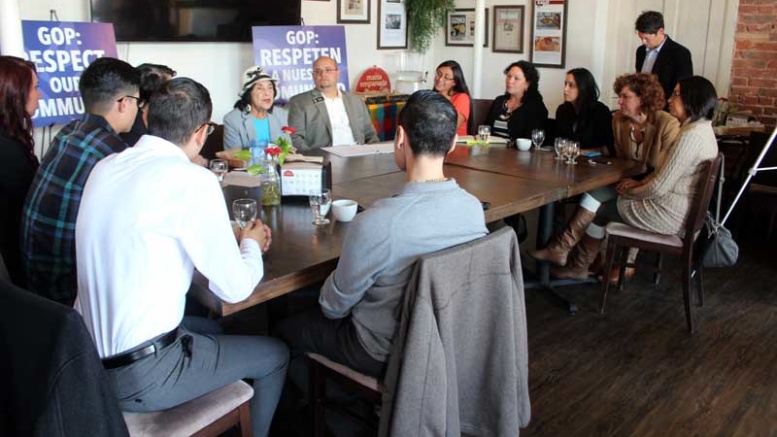 “If we don’t vote the hater’s win” said civil rights leader  Dolores Huerta today in Denver, echoing the settlements of a group of community leaders who had gathered for a round table forum to discuss the negative positions Republican presidential candidates have taken toward on issues that impact Latino and women living in the United States. 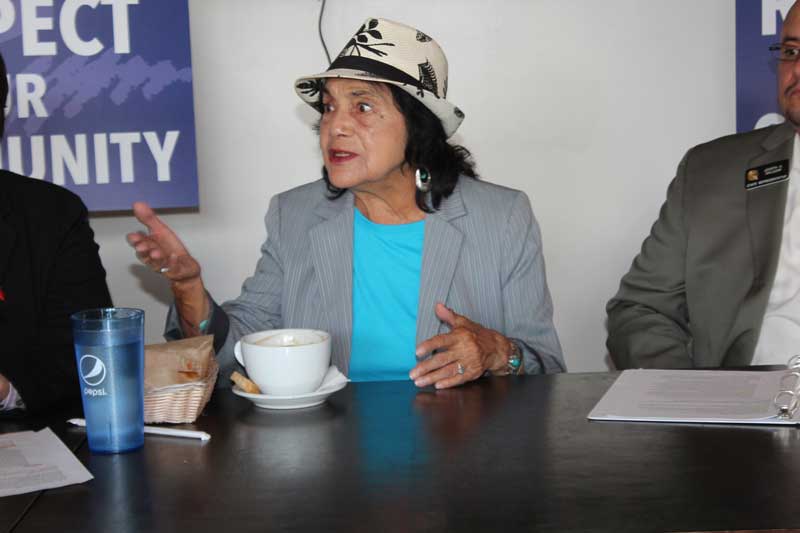 The round table was organized by the  People For the American Way (PFAW) organization.  Dolores Huerta is a board member of PFAW and came to Denver to  join Latino leaders and voters for a conversation on how all of the GOP candidates have rejected or ignored priorities of Colorado Latino voters. Rep. Joe Salazar and Denise Maes led the conversation. 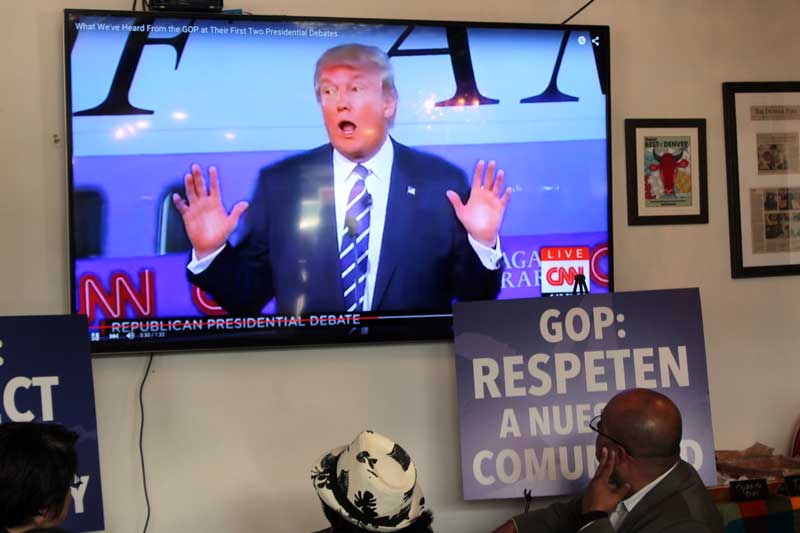 Conservation Colorado, Campaign for a Strong Colorado, and SEIU were also took part in organizing the event. The roundtable kicked off with a video highlighting some of the statements from GOP presidential candidates in the last two debates.  The videos showed the candidates stating how they would deal with planned parenthood, Obama care and immigration.

“It appears that it is a race to bottom to see who can demonize who the most and what issues they can demonize for maximum effect” said Denise Maes. 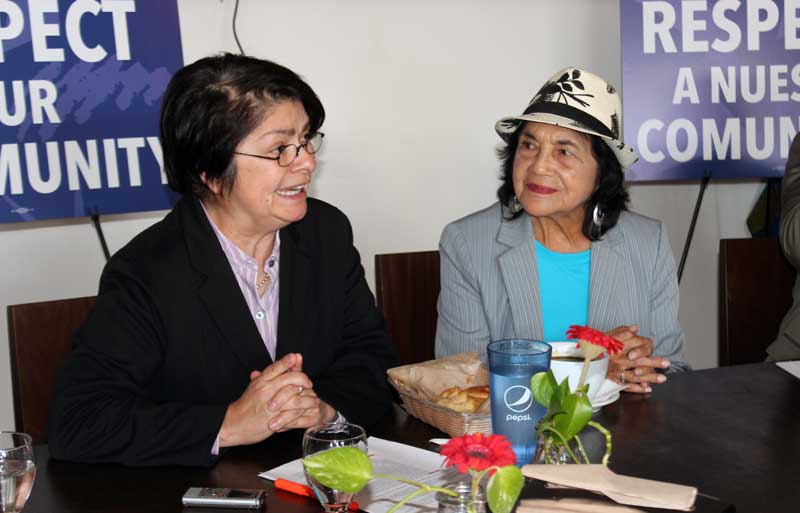 The forum was in advance of the next Republican debate in Boulder, Colorado on Wednesday and the expected large Latino rally that will take place on the CU campus.  Participants talked about on how the GOP candidates have, especially in the last two GOP debates, rejected or ignored priorities of many Colorado Latinos, such as making higher education more affordable, protecting DREAMers and families from deportation, fighting climate change, and more.
PFAW board member and civil rights icon Dolores Huerta stated:
“This conversation is so important because all the Republican candidates – Bush, Rubio, Trump, all of them – must know that they’re completely out of line with the priorities of Latino community. They’ve rejected everything we stand for, like supporting working families, ensuring everyone has access to healthcare, and protecting members of our community from deportation. It’s just unacceptable. 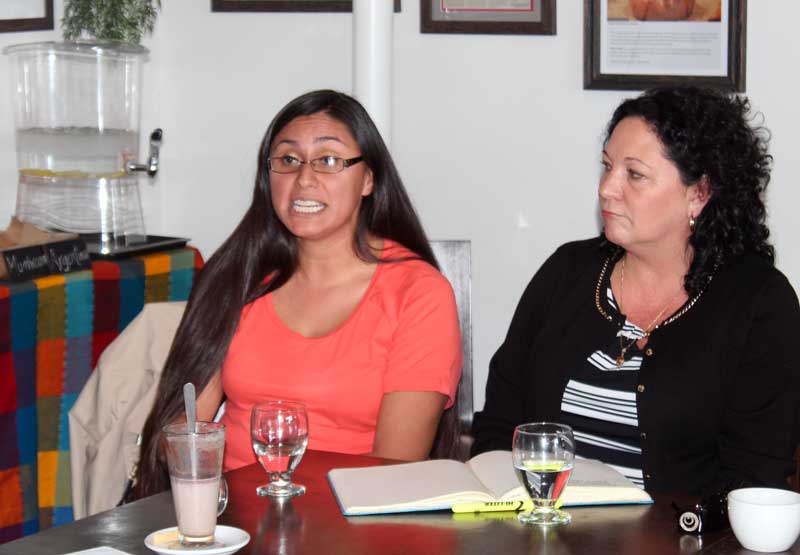 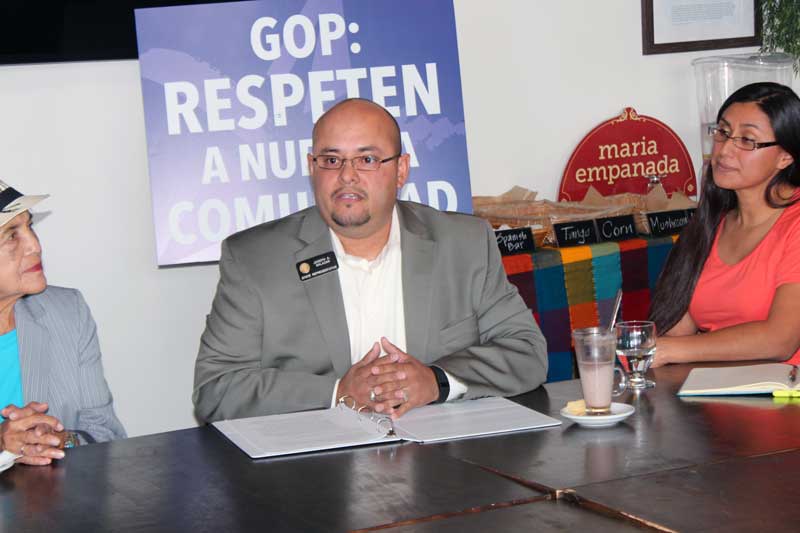 On immigration: Rep. Salazar explained, “Marco Rubio has renounced comprehensive immigration reform and pushes a borders-first approach; Jeb Bush has disparaged citizens born to undocumented parents by using the offensive term ‘anchor babies; Donald Trump has called Mexican immigrants ‘rapists.’ This is deeply troubling to me as I’m sure it is for all of us here.”
Coloradoan Adrian Nava said, “I’m the child of undocumented immigrants….I’ve grown up with all the rights of being a citizen. To hear these remarks is really disheartening…I’m a student at the University of Denver, I’m supposed to register for classes next week, and I can’t because I haven’t paid tuition yet. [I can’t ask] my parents for help because they’re saving up to become residents, for lawyers fees…I don’t think these candidates think about these sort of things.” 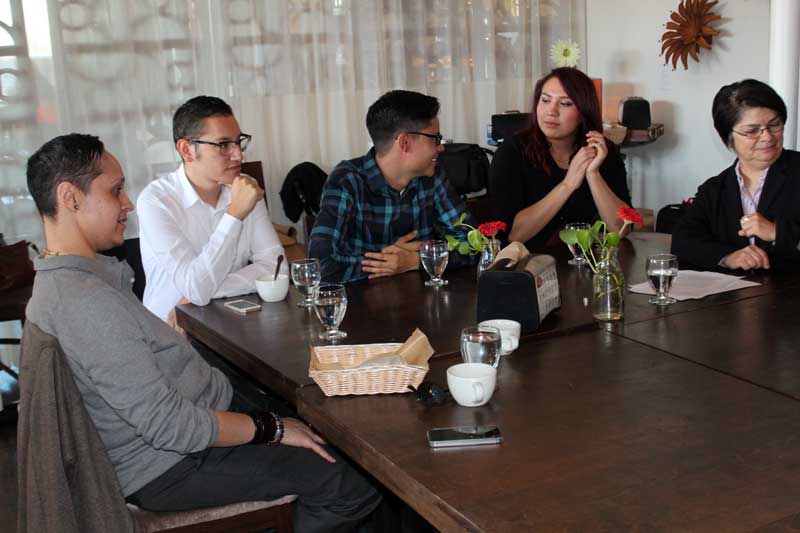 Nava on Trump’s role in the race: “I think Trump is just taking a very direct approach, and other folks in the [Republican] party are already there, they have the same beliefs, they’re just not as direct as Trump.”
Nadya, a DREAMer, said, “I’m disgusted by the fact that there are these ‘Latino’ [candidates] that are against everything we are. I was raised here…what gives them the right to say that I’m not one of them? I find it really sad that they claim to be Latino, but they’re going against us. Especially Senator Rubio and Ted Cruz.” 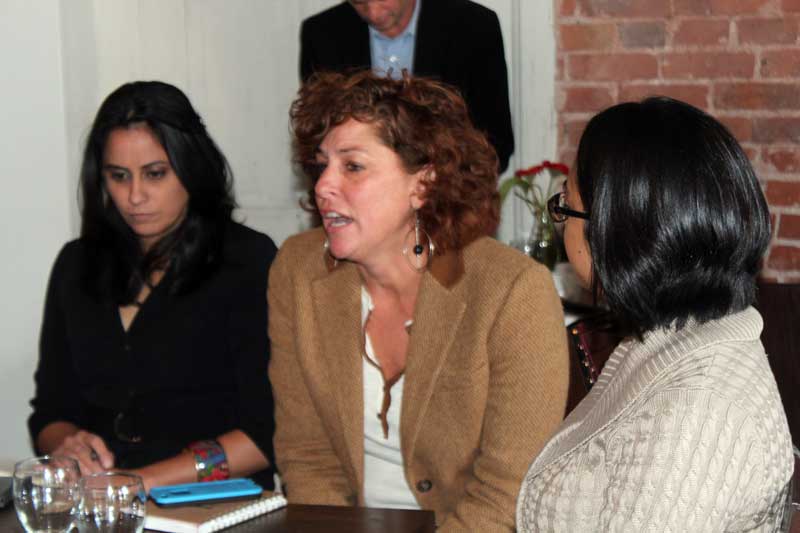 On climate change: Responding to how the Republican candidates reject the science of climate change, participant Gia Irlando explained why this matters to Colorado Latinos: “There’s a myth that Latinos are not interested about conservation…we see that’s not true. We’ve always, I’ve always cared about saving the [environment] for our kids and for future generations.
On priorities of working people: Responding to Rep. Salazar’s question about the Republicans’ stances on women’s issues, the minimum wage, climate change, and how they affecting working people in Colorado, participant Kendra Sandoval said, “I think it’s a real challenge not to be understood…Sometimes they just don’t even see us. As a single mother…I was truly challenged every single day to figure out how to feed her the best healthy food, to make sure she could participate in activities, to really learn deeper things about her own culture…It’s hard not to be seen.” 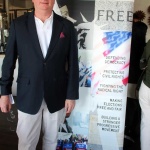 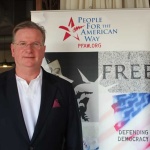 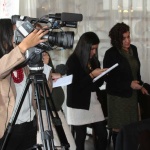 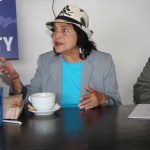 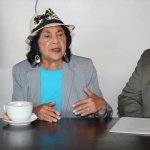 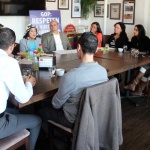 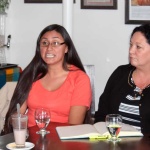 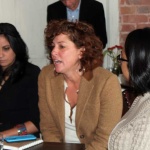 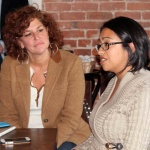 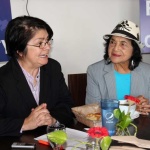 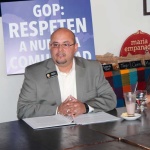 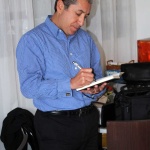 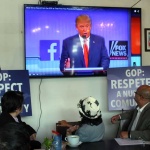 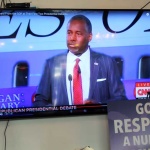 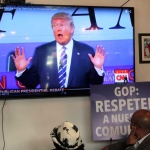 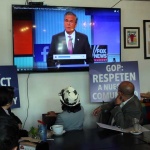 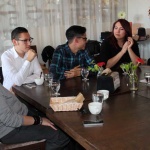 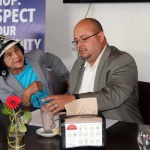 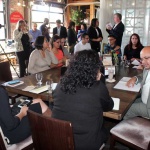