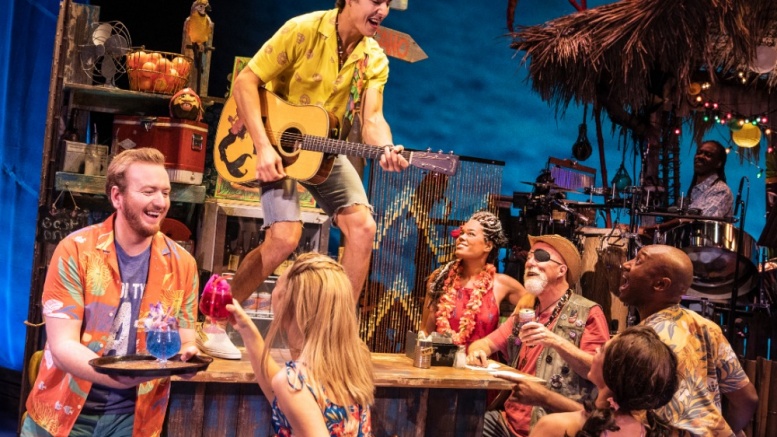 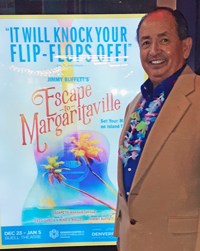 What better way to escape the holiday stress and cold snowy weather than a trip to an exotic island getaway. And, hey you don’t even have to leave Denver.  An ‘Escape To Margaritaville’ is as near as the Buell Theatre where you can leave all that holiday drama behind for at least a couple of hours while you join the cast on an island adventure full of mystery, romance and a lot of laughs. 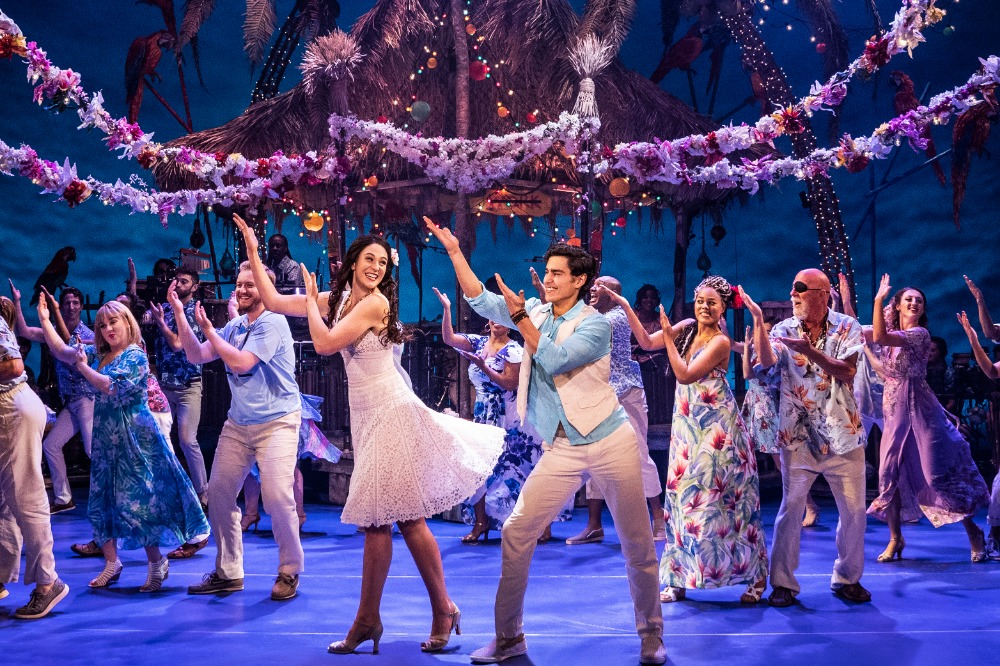 It was like being at a giant piano music bar with the audience joining in on many Jimmy Buffet songs especially ‘It’s Five O clock Somewhere’ and the iconic ‘Margaritaville’ which is about the love that got away. 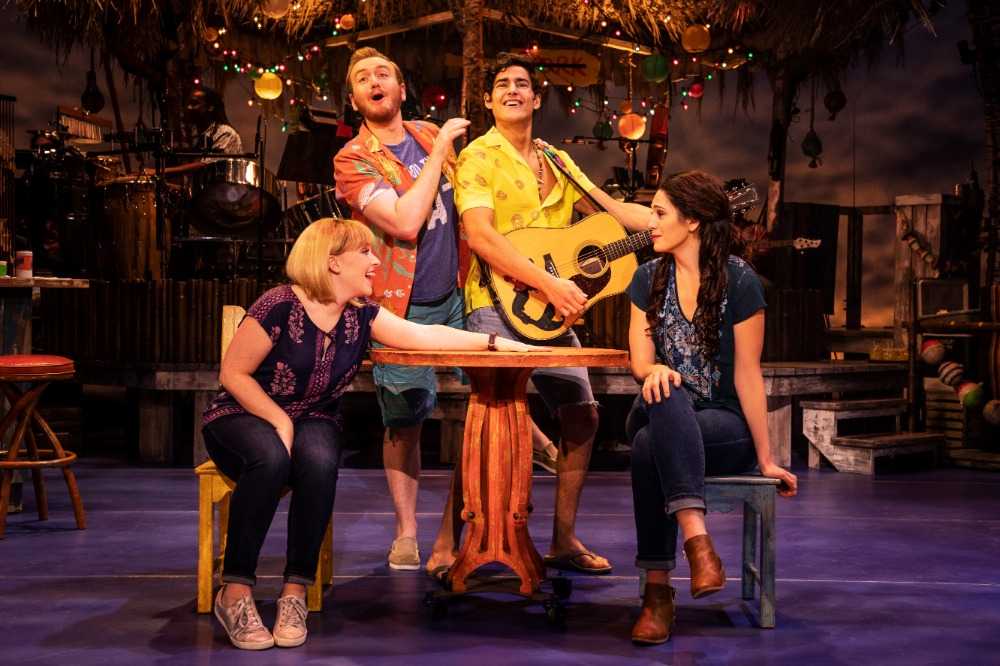 Hence that is what the play is essentially about. Tully and Brick are just a couple of guys livin the “It’s Five O clock Somewhere”  life at some run down island beach resort. Drinks, sunsets and girls are plentiful and the fun life just keeps on comin.  At least that’s the case for the guitar playing, song singing Tully who seems to find a fling with each new group of weekly vacationers that come onto the island.  Brick, not so much.

Sarah and Shelly are from cold Cincinnati, Ohio. Sarah is an environmental scientist who decides to visit the island’s volcano as part of research project she is hoping to have funded. Her friend, Shelly is about to get married in a few days and decides to join Sarah for one last girl’s getaway.  Sarah’s fiancee has her on strict diet of carrot juice and sunflower seeds. He wants her to lose some fat before the big day. He’s a jerk and everyone seems to know it but Shelly. There is also Marley and J.D. who have been on the island seemingly forever. Everyone is just out for a good time. No one looking for life long love.

Well life doesn’t always turn out as you had planned and that’s definitely the case for all these characters as they embark on their own magical, mystery tour.

The choreography, dancing, singing, acting and colorful set designs all make you feel like you are there on the island sitting just a few feet away having your own drink or two. You can almost feel the sand underneath your feet. And when the beach balls come out, you’re there baby! 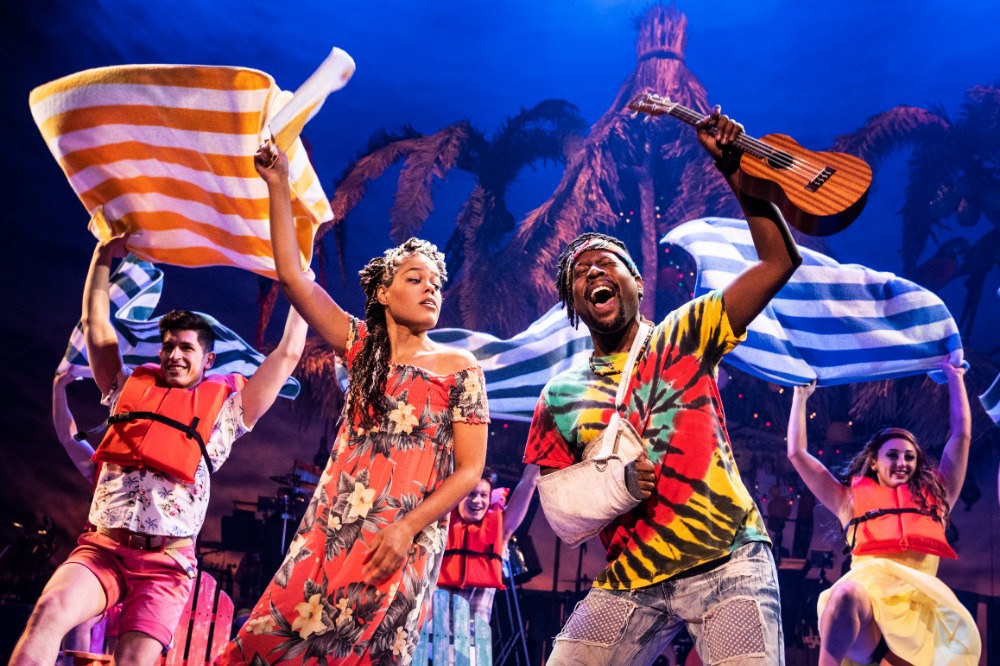 “Wow, somebody really went to great lengths to stitch this production together and make the story come to life,” said Karl Mecklenburg, former Denver Bronco who was at the opening night performance December 23rd. “It was so much fun, we had such a great time,” said Mecklenburg’s wife commenting to Latin Life Denver Media. 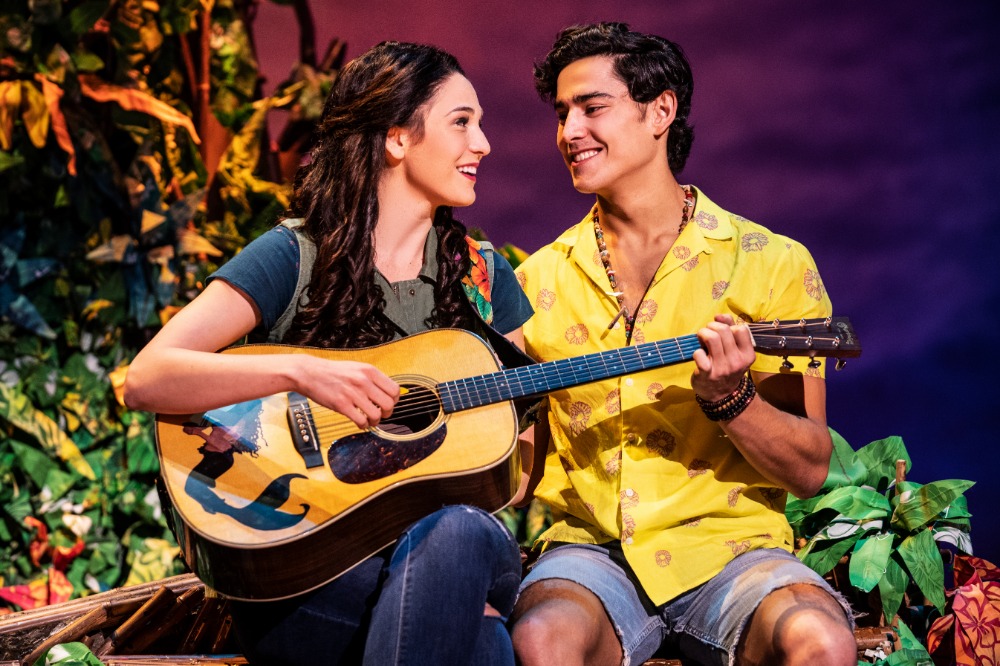 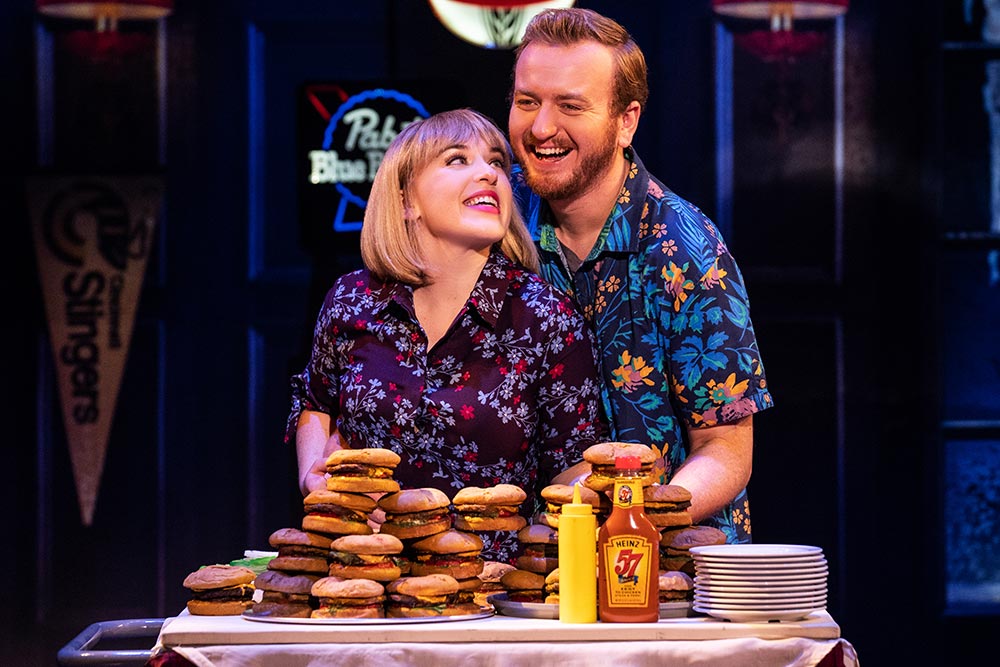 That seemed to be case for everyone who was at the Buell theatre. Seemed everyone was out to have a good time reminiscing about their own beach adventures over the years. “We’re from Miami, were used to this kind of raucousness but on a much larger scale,” said one couple sitting behind me singing every word of many of Buffet’s songs as were the couple sitting in front of me as well.

In an interview for Applause Magazine, co-writer Mike O’Malley states, “Buffet has an ability to write songs about what people yearn for, what they regret in their own behavior, and what they strive for in relationships”. Judging by the audience’s standing ovation ‘Escape to Margaritaville’ hits the steel drum right on it’s tropical beat.