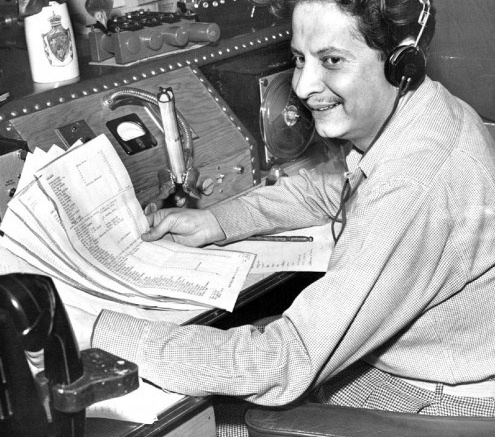 (Latin Life Denver Editor’s Note: It was Paco Sanchez who paved the way for me and many other Latinos to make media a career and a tool for social reform in Latino communities. There are now more than 15 Spanish language/bilingual publications in Denver alone, nearly 10 Spanish language radio stations AM&FM, several Spanish language television stations with newsrooms and offices in Denver including Telemundo, Univision, Azteca America and others. It was Paco Sanchez and George Sandoval who allowed me, as a teenager,  to record public service announcements in their KFSC studios on Broadway. Although they never aired any of my announcements, it was through that exposure those many decades ago, that I fell in love with media and realized what it could do for a community. I have been at it ever since thanks to him and George Sandoval along with many others who have followed and helped and inspired me along the way including: Dave Martinez, Pablo Mora, Juan Espinoza with El Diario de la Gente publication in Boulder 1970, Wanda Padilla-La Voz Newpaper,  Ted Barros & Romaine Pacheco-Quinto Sol-Channel 7) Pauline Rivera-La Voz and up to today’s Andres Chapparo-Telemundo Denver)

Francisco “Paco” Sanchez, Hispanic activist and radio broadcaster, came to Denver in 1948 as a front-man for a Latin music band. When he learned there were no Spanish radio announcers in the city, he decided this was where he needed to be.

To fill the gap, Sanchez purchased his own radio time from stations KTLN and KMYR. He paid for the air time by personally selling ads. His programs had a community mission and he quickly earned the trust of Denver’s Hispanics.

Paco Sanchez collected a bushel basket of money from his listeners for the March of Dimes. January 23, 1952. Denver Post File Photo

On June 5, 1954, Sanchez started his own radio station KFSC-AM in the living room of his house at 3343 Lafayette St. He was the first Hispanic owner of a Spanish-language station in Denver. The same year, Sanchez and several other community activists formed the Good Citizens Organization. The name was later changed to the Good Americans Organization (GAO).

Sanchez felt it important to improve the life styles of “his people” by supplying finacial assistance. The GAO opened a credit union. It then began addressing the housing problems of the community.

In 1968, the GAO became the first private sponsors of a low-income housing project in Denver. The Avondale housing project, near W. Colfax Ave. and Federal Blvd. had 44 units. In 1970, the GAO broke ground for the 13-story Juanita Nolasco-Dionisio Maes Housing Project for senior citizens at W. 9th Ave. and Utica St.

In addition to forming the GAO, Sanchez had other accomplishments. He was chairman of the Coronado National Bank, a commissioner of the Denver Urban Renewal Authority and a founder of the Latin American Educational Organization. He was also elected to a two-year term in the Colorado House of Representatives in 1968.

Paco Sanchez died at age 57 in 1973. A park west of downtown Denver was dedicated in his name.