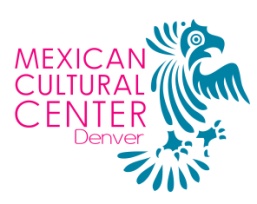 “The Biennial of the Americas will feature groundbreaking art installations, engaging conversations and live performances that celebrate our shared cultural heritage and rich connection to the world around us.” This year Mexico will be represented at the Biennial of the Americas with renowned artists, art exhibits and performances. Some of the exhibits and artist participating are:

Oíd el sueño de una palabra/Listen to the Dream of a Word is a project developed by the Biennial of the Americas Mexico City curatorial “collective de_sitio” who gathered a group of artists to develop a collaboration foregrounding how creative individuals react, and respond to the current conditions of the city they inhabit. This artistic project was developed with the “Museo Comunitario del Valle de Xico”, located in “Valle de Chalco Solidaridad”, an area south east of Mexico City, rich with archaeological and historical features, but facing acute social, political and economic challenges. “The projects presented in the exhibition were developed in collaboration with the museum and the artist collective attached to it. They aimed at examining the history and present conditions of the local area and the status of the museum within it.” Featuring artist: Claudia Fernández, Francisco Fernández Orozco, Fernando Palma, Nuria Montiel, Jorge Satorre, Onésimo Ventura Martínez, Ariana Natali Aguilar, Genaro Amaro, Juan José Ayala, Luis Fernando Galindo, Abraham Gallegos, Mariana Huerta, Leonardo León, Steephany León, Evelin Martínez, Juan Manuel Rodríguez, Daniel Rosas, Luis Ángel Verde, Neil verdugo Mazariego. The opening will take place on July 14th, 2015 from 8:30 pm – 11:00 pm at Biennial Pavilion and admission is free. The exhibit will be open from July 14th, 2015 to August 30th, 2015.

NOW? NOW is the central exhibition of the 2015 Biennial of the Americas, creating a surprising, dynamic experience, capturing the atmosphere of life in the Western Hemisphere today. The artists featured in the exhibition reflect the complexity of current time, such as the pervasive technologies, emergent forms of creativity and social and political engagement, ever-changing conceptions of identity, and interdependent, shifting economies. Some important questions will be raised through this exhibit regarding the relationships between North, South and Central America and the Caribbean. Some artist like Ryan Trecartin (US), Hitashya.org (Kari Altmann) (US), and Zach Blas (US) will reflect on how technology changes the way we interact. In particular this exhibit will feature Mexican artist such as Diego Berruecos, Debora Delmar, Aliza Nisenbaum, Fernando Ortega, Tania Perez, Córdova, Joaquín Segura, Eduardo Terrazas. The opening of this exhibit will take place on July 14th, 2015 from 9:00 pm – 11:55 pm at the Museum of Contemporary Art with free admission. The exhibit will be open until August 30th, 2015.

I am the future is a major new artwork at the Jeppesen Terminal at Denver International Airport created by Mexico City-based artist Erick Meyenberg. Erick Meyenberg (1980, Mexico City) is a multi-media artist whose work looks into natural and social sciences, to uncover underlying layers of meanings incommon preconceptions. Meyenberg collaborated with members of a high school drill team from the nearby neighborhoods of Montbello and Green Valley Ranch to create a live performance, a film and sculpture installation that examins the fascinating past and present of the area surrounding the airport. Don’t miss their performance taking place July 15, 2015 at 7 PM at Denver Great Hall, Jeppesen Terminal. The exhibit will be open from July 16th, 2015 to September 1st, 2015 at Denver International Airport with free admission.

Implant by artist Marcela Armas (born in Durango, lives and works in San Miguel de Allende and Mexico City) is a public installation in downtown Denver and Mexico City. The artist will create a “live visual, historical and material dialogue between the two cities that will unfold over the course of the 2015 Biennial of the Americas. The project will make visible and tangible the complex and fascinating relationships between both cities’ geologies and their histories.” The opening will take place on July 14th, 2015 from 10:00 am – 6:00 pm in downtown Denver and admission is free. Implant will be in exhibit in Denver until August 30th, 2015.

The Biennial of the Americas was established by now Colorado Governor John Hickenlooper when he was Mayor of Denver, together with leaders in the arts and business in the City of Denver. Since 2010, the Biennial of the Americas has engaged tens of thousands of participants in roundtable workshops, groundbreaking symposia, and artistic practice. The Biennial of the Americas creates and an opportunity to connect the Americas and work on solutions to similar shared challenges. “The Biennial was created to recognize and build upon the important economic and cultural ties in the Americas. We face societal issues that are similar, and working together on solutions is the first step. The issues or challenges may arise at a local level, but our success can be measured by our ability to help our audiences identify, understand and address these challenges for multiple groups of people across our northern and southern borders.”