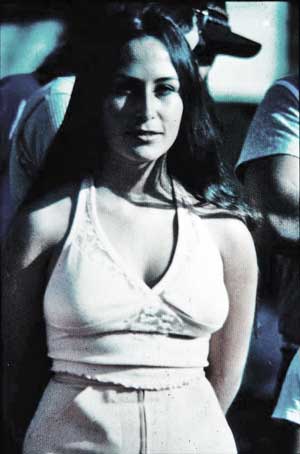 Who really killed Neva Romero and the other five Chicano activists who died in two separate bombings over the span of two days in Boulder in May of 1974.  That was the lingering question posed in the film Neva Romero: Jamas Olividados by Nicole Esquibel. The 2017 documentary looks back on the life of Neva Romero from high school cheerleader to a force and leader in the Chicano movement of the 1970’s. The film was shown as part of this year’s XicanIndie Film Festival.

The story is told by those who were with Neva during her time at the University of Colorado in Boulder and her involvement with UMAS (United Mexican American Students). It’s a first hand account by those closest to her during that time. Juan Espinoza, Deborah Ezpinoza, Paul “Pablo” Mora, ‘Freaky Fred’ Trujillo,  and others talked about their experiences during those contentious times and how Chicanos became a force to be heard and reckoned with on campus, throughout Colorado as well as the Southwest US and beyond.

“I thought she was just a pretty face who used her looks to her advantage” states Juan Espinoza, “But as I got to know her I saw her commitment and passion to the things she believed in.” Espinoza’s wife, Deborah talked about the last time she saw Neva Romero alive. “She was just sitting there, down the hill from the TB-1 building on the CU campus, which Chicano students had taken over in protest of tactics the university was implementing to oust them from campus. We had to shout out to her several times until she finally heard us and gave us meek wave. She was lost in deep thought. I know now she was waiting for a ride from Reyes Martinez and his girlfriend Una Jaakola for that fateful trip to Chautauqua Park” said Espinoza. 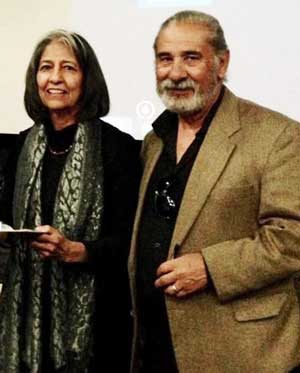 Others talked about hearing the bomb go off, hearing police sirens and being stunned at the news of her death and the other two only to have to relive the horror again 48 hours later when three more CU Chicano students died when another car mysteriously exploded in suspiciously similar fashion in the parking lot of a Burger King at 1728 28th St in Boulder.  Four young men had stopped to buy beer at the nearby Pudlik’s Liquor. Killed in this second blast were Francisco Dougherty, 20, Heriberto Terán, 24, and Florencio Granado, age 31. The fourth man, Antonio Alcantar, survived the blast only because he was just returning to the car, beer in hand, when it exploded. His leg was blown off and he sustained other life-threatening injuries.

The documentary questions whether it was Chicano on Chicano violence that led to their deaths, did they inadvertently blow themselves up or what it something more sinister?  Could it have been COINTELPRO — an acronym for COunter INTELligence PROgram — which was a controversial collection of often illegal operations conducted by the FBI beginning in the 1950’s and continuing into the 1970s.

The purpose of these covert operations was to disrupt, infiltrate, discredit and destroy politically active groups such as the Black Panthers, American Indian Movement, Weathermen, Puerto Rican Independence Movement and various Chicano activist organizations such as the Brown Berets and the Denver based Crusade for Justice.

The film also tells of  two witnesses who reported seeing a fire truck parked down the hill at Chautauqua Park just prior to the explosion that killed 21 year old  Neva Romero and her two companions but it did not respond to the explosion that was heard throughout Boulder. No one was ever charged in either bombing and the circumstances surrounding their deaths still remain a mystery. 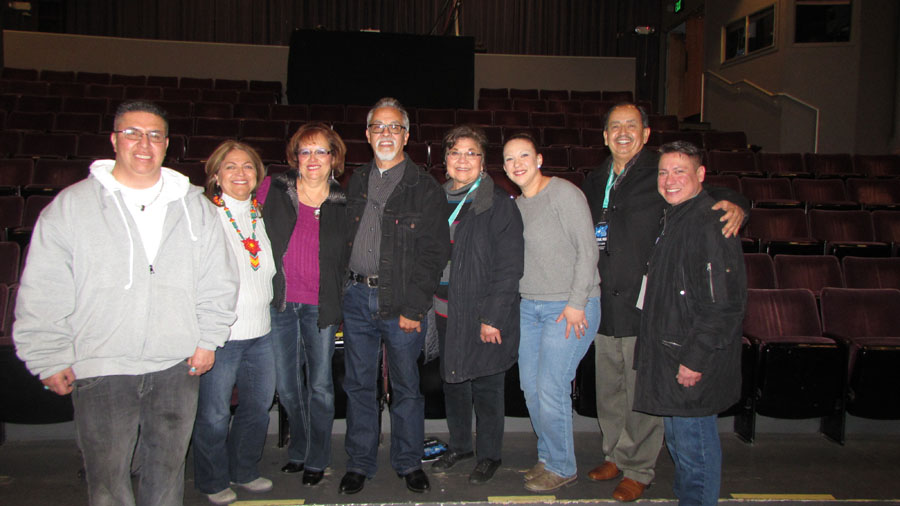 Many in the audience attended CU Boulder during the 70’s and shared memories of their experiences there.

Several in the audience shared their experiences of being in Boulder during that time Including Neva’s roommate who later named her first daughter Neva. Former Colorado State Representative Polly Baca talked about the influence those Chicano students had in motivating and inspiring other Latinos to pursue change through public office including Richard Castro.

“We Were Chicanos, Remember Richard Castro” was another film shown prior to the Neva Romero documentary and looked at the life of Richard Castro, his influence on Colorado politics and the Hispanic population of Colorado. Castro dedicated his career to ensuring that all people would have a voice in the political and social fabric of Colorado. Castro died of a massive stroke at the age of 44. Castro’s son Richard attended the film’s showing. 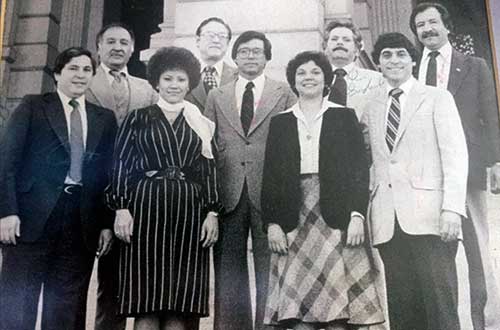 Richard Castro lower left with wife Virginia and several other prominent Latino politicians of the time.

The years XicanIndie film festival continues at the Su Teatro Cultural and Performance Center at 721 Santa Fe Drive in Denver. This year’s festival is dedicated to the legacy of the Chicano Movement through a variety of quality films including the aforementioned and several others.

Su Tearto Artistic Director Tony Garcia says of this year’s festival, “The exciting news about our time is that we are in an incredible period of activism where teachers, teenagers and women are in the streets in huge numbers. The Chicano Movement was at it’s peak from 1965 to 1975. It galvanized a community and changed the face of this country even if a large section of the country refuses to believe it has changed.” 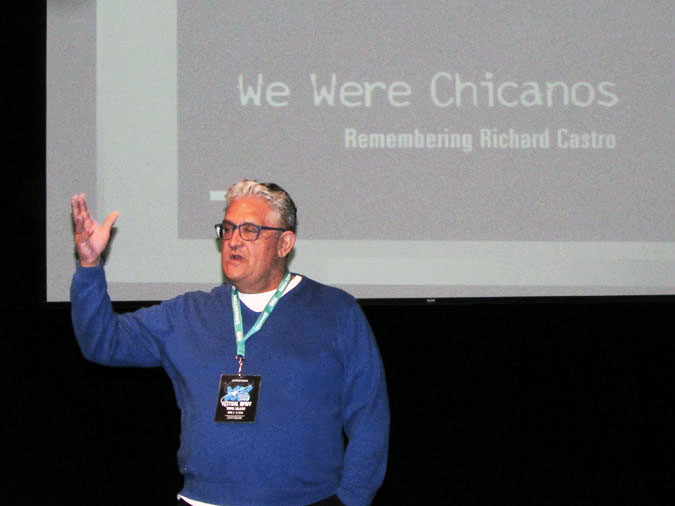 Festival Director Daniel Salazar states in the festival program, that “there were so many new, moving documentaries about the Chicano Movement that could not be overlooked. It was just there, thus the theme for this year’s 20th edition of the XicanIndie Film Festival. “Before the Resistance there was the Chicano Movement. 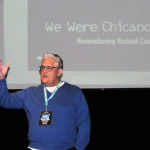 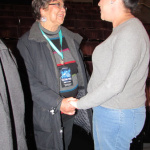 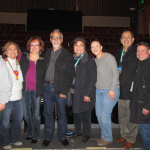 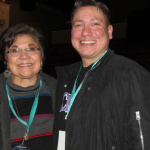 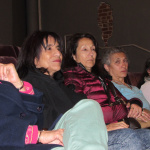 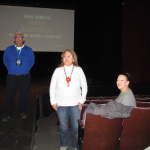 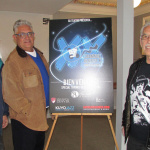 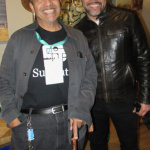 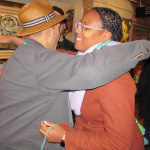 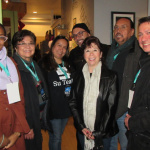 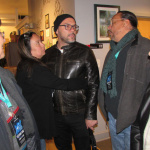 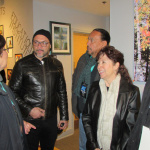 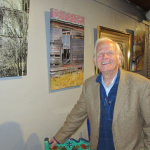 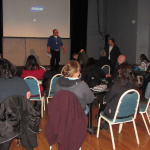 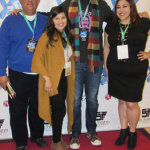 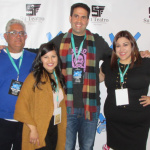 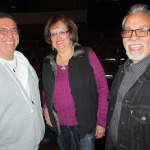 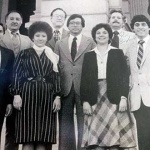 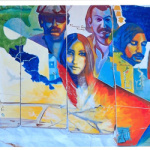