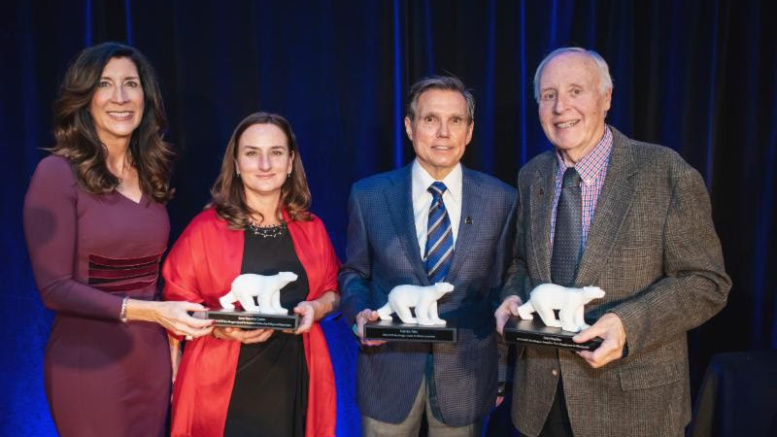 From right to left - Dan Hopkins, Federico Pena and Representatives from Lone Tree Arts Center
Photos & Video by Latin Life Denver Media
Federico Peña has always understood that a great city must have vibrant arts and culture to thrive. As mayor of Denver during a deep economic downturn, he had the vision to put this belief into action by supporting the creation of the Scientific and Cultural Facilities District. Since that time, Peña has remained an unflagging supporter of the arts. He was recently awarded the Rex Morgan Award for Lifetime Leadership.  The Award recognizes lifetime contribution to arts and culture. 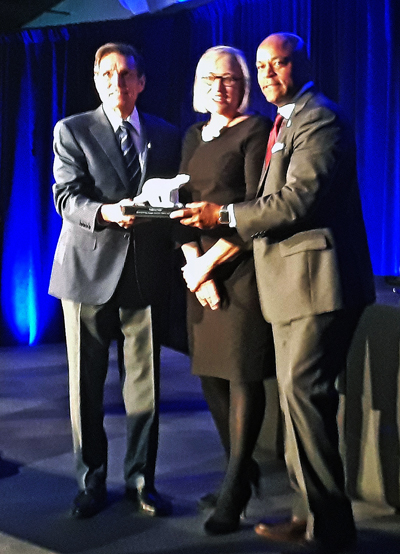 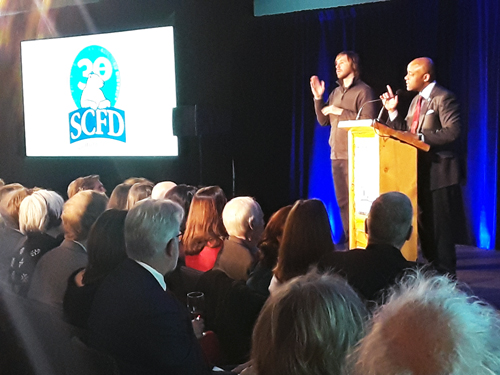 The award recognizes an individual who exemplifies leadership, vision and a philosophy of cooperation. Peña served as a powerful spokesperson encouraging voters to support the fledgling effort to fund arts, science and cultural facilities across the Denver Metro area at a time when funding was desperately needed to keep both flagship institutions open as well as help smaller, local organizations survive during a time of serious economic downturn.
A lifetime of service at the heart of recognition for SCFD volunteer
Dan Hopkins thought that he was signing up for a few hours of volunteer service a month for a single term when he joined the SCFD Board of Directors. But nine years and thousands of hours later, he left the board having contributed critical service and leadership through the most recent reauthorization of the SCFD by voters.
To mark this outstanding contribution, Hopkins recently received the Rex Morgan Award for Civic Engagement and Volunteerism. Hopkins, a spokesperson for former Colorado Gov. Bill Owens and the Colorado Department of Transportation, served on the SCFD Board of Directors one term as a governor appointee and two terms as a representative of Arapahoe County. During the most recent reauthorization effort, he served as board chair, helping to steer the organization through needed legislative action to help place the measure on ballots in all seven metro area counties.
Lone Tree Arts Center recognized for outstanding innovation and partnership
The act of creation comes naturally to the Lone Tree Arts Center. And it was this creative spirit that sparked innovative partnerships and enhanced regional cooperation that was recently honored.
The arts center received the Rex Morgan Award for Innovative Partnership & Regional Cooperation. The award recognizes the Lone Tree Arts Center for creatively breaking through barriers to offer unique and inventive programming that benefits all community members of the district and the entire region. An example of the center’s innovation is its Sensory Friendly Initiative which breaks down boundaries to access to art and culture for people living with intellectual or developmental disabilities and encouraging other partners to do the same.