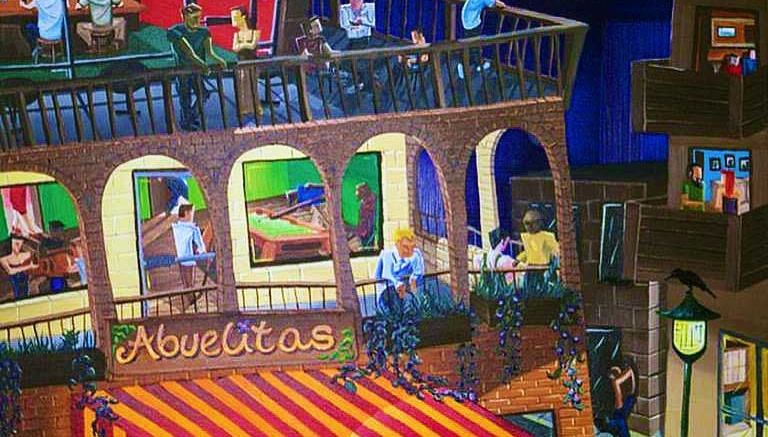 Behind this unassuming facade of an art gallery awaits den of spirits, comida & live music at Millers & Rossi Contemporary Art & Speakeasy in Denver. Enter the door near the back of the gallery and a unique experience awaits.

Looking for something more exciting than just your run of the mill Friday night cocktail hour when you venture out to enjoy an evening of libations, then you have to try one of the numerous modern 1920’s speakeasies that have popped up around town in the past decade. Not born of desperation from an era of prohibition but a long sigh of nostalgia. These speakeasies are chic and hip. Hidden behind facades of ice cream parlors, libraries, pie shops and even a sneaker store, Denver’s new breed of speakeasies are innovative and fun. 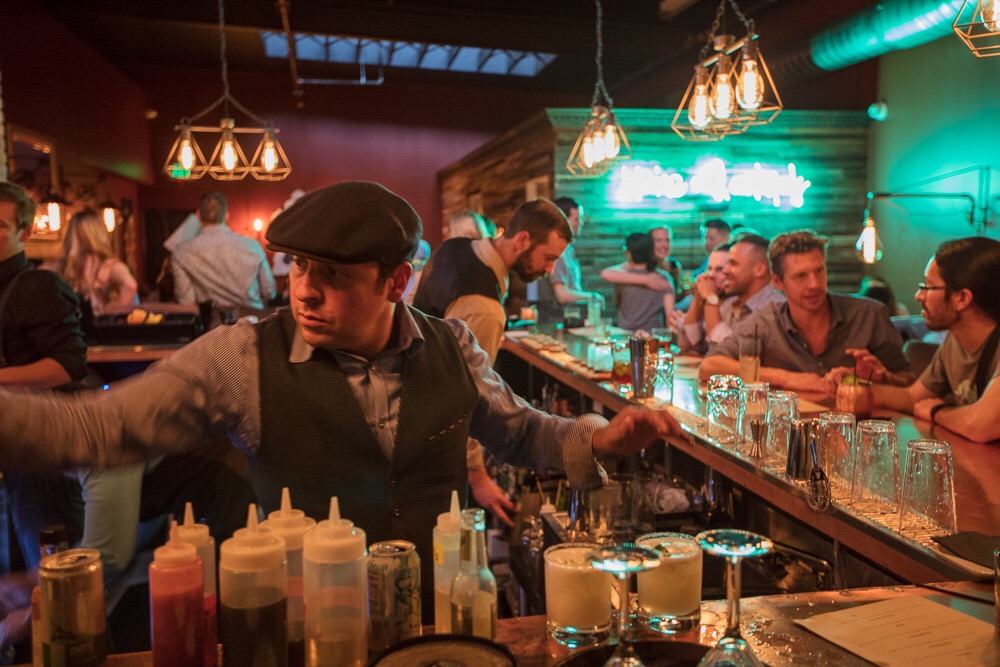 One of the newest kids on the block is Millers & Rossi (opened in April of 2017) at 3542 Walnut Street. This particular establishment has an art gallery as a front. However, before we explore what sets this den of spirits and comida apart from the others let us take a stroll down memory lane.

Speakeasies are nothing new to Denver, literally. Historically Colorado instituted prohibition in 1916 four years before the nation ratified the Volstead Act (also known as the 18th Amendment), which rendered all intoxicating liquors illegal. Subsequently for the next 17 years, bootlegging and speakeasies flourished in the state.

Prohibition spawned over a decade of criminal violence and defiance by otherwise law-abiding citizens. While gang bosses such as Al Capone, Dean O’Banion, Bugs Moran, Carlo Gambino, and Lucky Luciano were busy supplying New York, Chicago, Detroit, and Boston, Colorado had its own legendary crime families filling the liquor void. 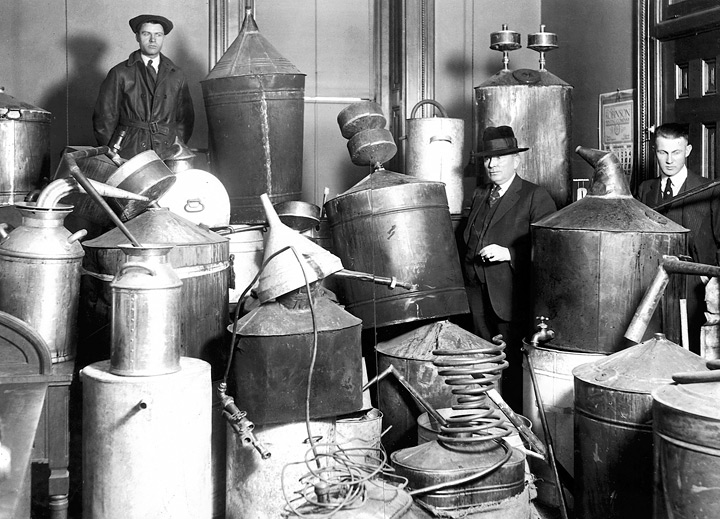 Mob empires funded by illegal liquor sales blossomed.  In southern Colorado the Pueblo based Mountain Mafia Danna Brothers (John, Anthony, Sam and Peter) battled the Carino brothers (Sam and Pete) for dominance. At stake, branch franchises in Westmore, Salida, Alamosa, and other towns such as Aguilar (where miles of tunnels emanating from the Fourth of July Saloon housed the production of millions of gallons of whiskey) 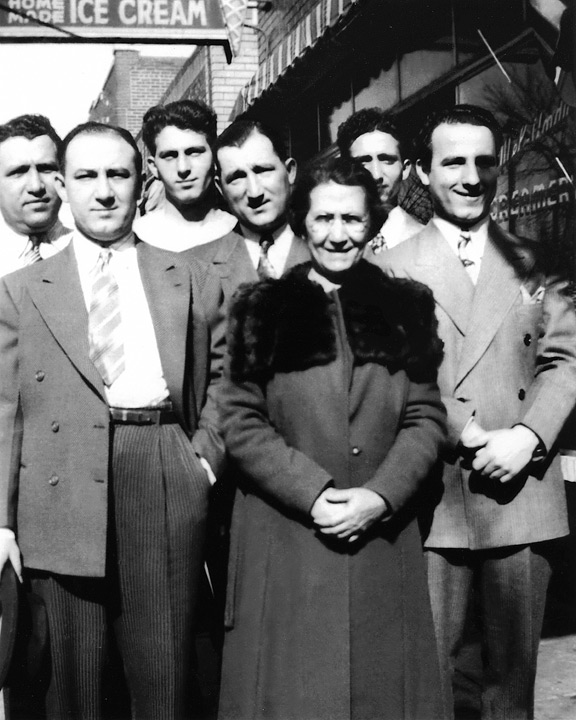 Family Photo Mamie Smaldone with her six sons outside of the family bar on Tejon Street. (Courtesy of the Smaldone Family). Photo by Colorado Life Magazine

The Denver Mafia  was run by Joe Roma, the 5-foot-1 mob boss kingpin known as “Little Caesar” until he met a bloody end  in 1933 when he was shot seven times – six in the head – in his North Denver home. The suspects (but never arrested)  in the murder were the Smaldone brothers Clyde and Checkers who had amassed their fortune running bootleg to speakeasies for Roma. Subsequently they would take over the Denver operations. 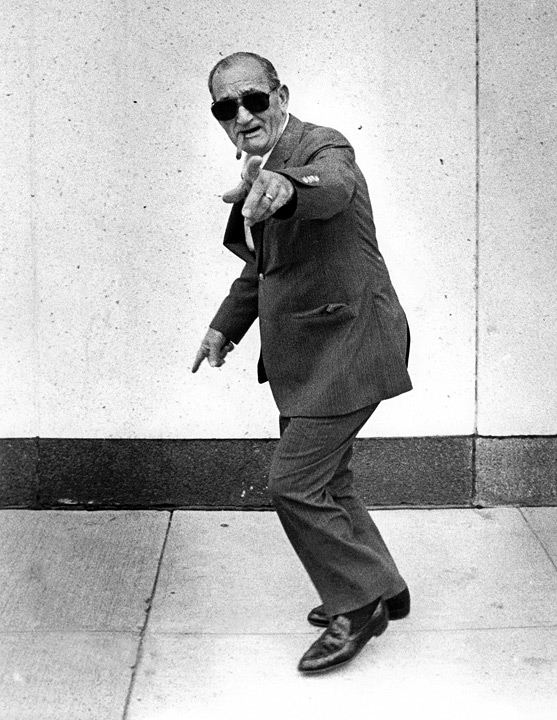 Playin’ Checkers
Eugene ‘Checkers’ Smaldone may have had a tough-guy reputation, but that never kept him from showing a playful side. (Courtesy of the Smaldone Family). Photo by Colorado Life Magazine

And what roles did Hispanics families play during this era ? There is little recorded history of famous or infamous Hispanics bootlegging  or running speakeasies, but if you are from here and have family ties to northern or southern Colorado, we have stories too.

Thanks in part to Colorado’s ample supply of sugar beets farms the state was overflowing with bootleggers. “Sugar Moon” (so named after for the three simple ingredients of plain sugar or sugar beets, natural spring water and baker’s yeast) was a distillers pride and joy because the high quality product sold only locally was coveted by speakeasies and other thirsty customers. My own family discreetly tells of tio Arturo running his own “Sugar Moon” to  Denver cantinas.

For those whose visabuelos or tio’s worked in what was named the Spanish Colony in Greely, home brewed beer was not uncommon.  Families from New Mexico and the Valley had moved there to work the sugar beets fields. Before prohibition, the Community Saloon (now the Guadalupe Center) was a gathering place of social activity. When prohibition passed my great grandma Sarah Lopez said Hispanic families went downstairs literally. Homemade beer made with malt, yeast and raisins and brewed in 10-gallon barrels. Served with musica and frijoles on Saturdays in the basements of neighbors.

In southern Colorado, prohibition affected Hispanic families a bit differently. Many were struggling after WWI due to falling prices state wide for potatoes, coal, wheat, cotton, sugar beets, cattle and hogs. More significant were the failing railroad lines in the Trinidad-Walsenburg area. Eventually all lines near Walsenburg, Trinidad, Rouse, Tropic, Maitland, Cuchara Junction and Blende would be torn up. 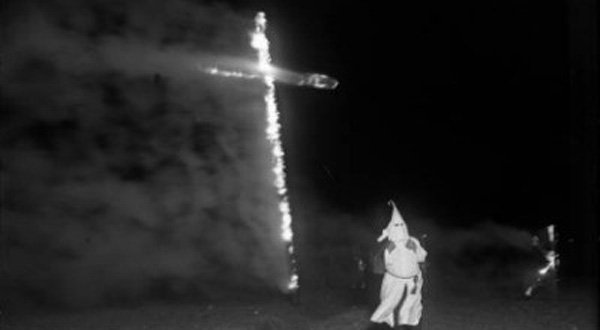 The 1920’s in Colorado was also a period of hatred, prejudice and racism. Hard times hit middle and lower class workers deeply. The Ku Klux Klan (KKK) became a powerful force. Pueblo was a major recruiting hub for the KKK. Among their targets were Spanish speaking Americans, Italians, southern Europeans, Jews, Catholics and Asians. Trinidad, Walsenburg, Aguilar and other coal towns were known for their for Klan activities. Because there was a large Spanish-American population in the San Luis Valley, the KKK did not fair there as well.

These factors all contributed to many Hispanic families aliening with Italians families who were also hard hit. My great grandma recounted that since Pueblo and Denver were major markets for illegal liquor, jobs were scarce it was not frowned upon when extra money was made running bootleg up to Denver from stills made in the hills west of Trinidad.

For many Hispanic families of Colorado brewing for home use was a way to socialize and bond. For others supplying bootleg for the high demand at speakeasies in the Front Range was an economic necessity.

Fast forward almost 100 years later and Denver’s new love affair with speakeasies takes on a whole new historic perspective for familias who have long ties to the comunidad. 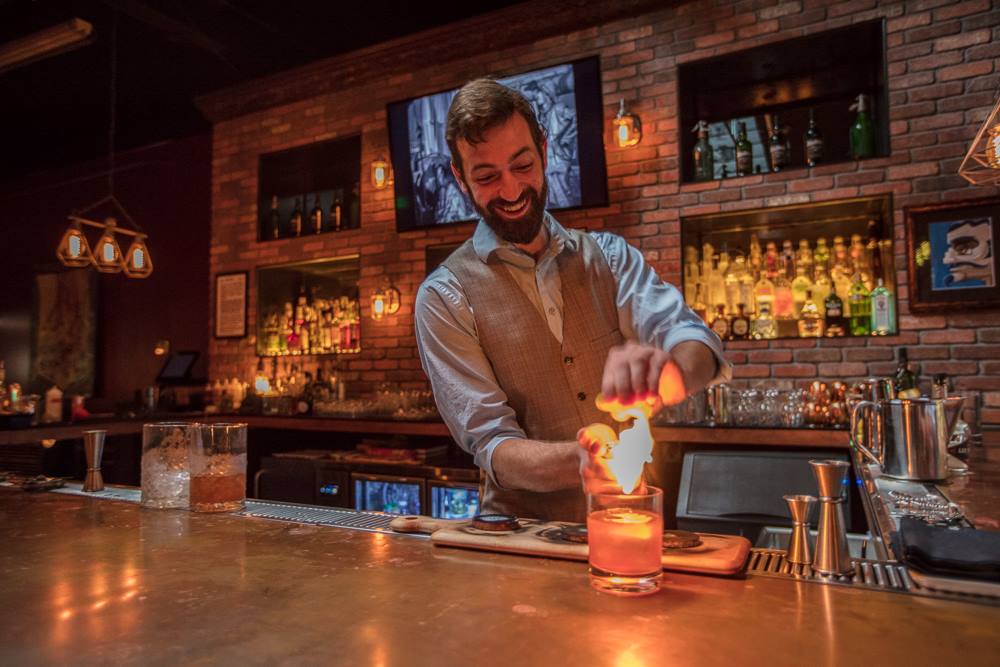 The numerous partners in Millers and Rossi endeavor, including local photographer Dustin Miller opened the speakeasy because they have a passion for the arts. The gallery features a wide range of mediums. From installations to painting to photography to sculptures the gallery represents the diversity and creativity of the local artistic community. Among the featured guest artist is André Lippard  a native artist who’s explorations of  cubism and surrealism reflect his affection for bold colors, sharp lines, textured brush strokes and a  passions for both Japanese and Latin culture. His oils  Abuelitas, A Noche De Sabado En La Ciuadad 2, Noche De Miercoles En La Ciudad, El Callejon and Blue Calla Lilies will warm the chili pepper in every Chicana/o out there with or without a Millers Smash ( milagro reposado, madeira, blackberry-sage, lemon and black walnut bitters) in hand. 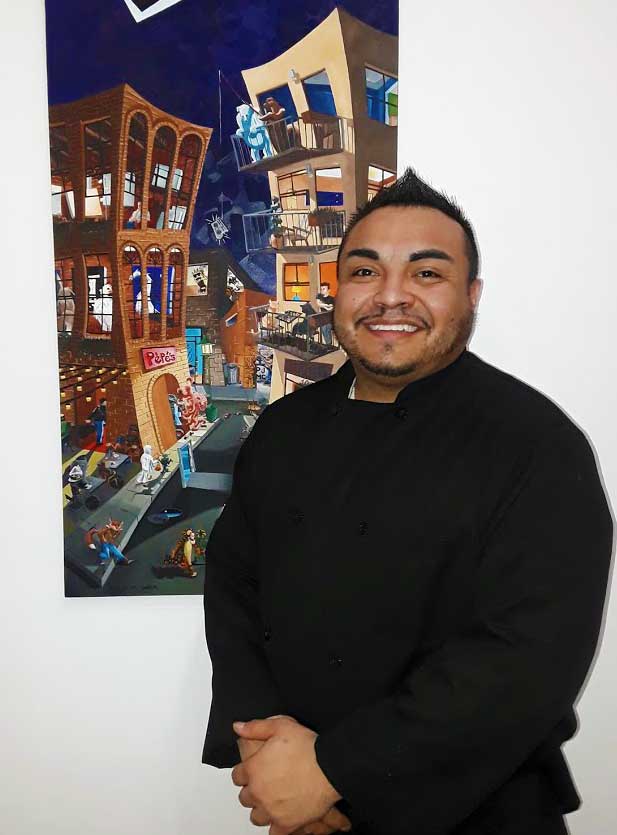 Head Chef Francisco Martinez a West Side boy, stands next to some of the art on display. Photo by Joe Contreras, Latin Life Denver Media

The comida (food) at Millers and Rossi is made with a lot of corazon (heart) by head chef Francisco Martinez a West Side boy and a 2005 graduate of the Art Institute of Colorado Culinary School.

The humble chef answered a few burning questions to inspire us all.

Martinez- I grew up in the Columbine Projects located in West Denver. I went to Valverde, Rishel then to West High School.

2)     Who first influenced you to start cooking?

Martinez -I’d have to say my Mother and my Abuela.

3)     How important do you feel your cultural/familia influence was to instilling in you a love for cooking?

Martinez- I think it was very important that I had a big influence in cooking from my family. It definitely started my love for cooking in the culinary world. We was always cooking or baking something. There was always a birthday or some sort of family occasion. 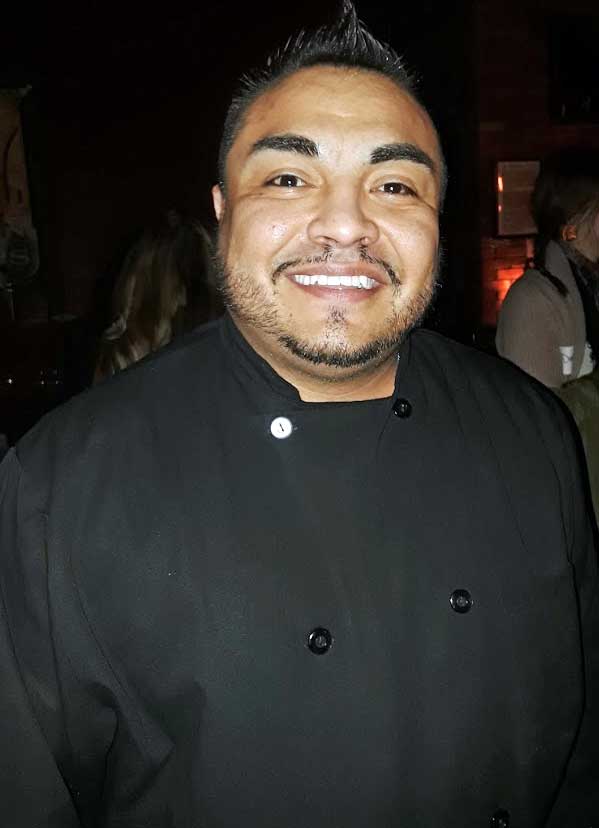 Martinez- Before I opened up for Miller’s & Rossi I was the Director of HOH Operations for the Tilted Kilt Pub & Eatery. I was with them for 7 years.

5)     What places have you cooked at since graduating from the Art Institute?

Martinez-I worked at a few different places. I was the Head Brunch Chef for Pappadeaux Seafood Kitchen also I did Catering for Pink Cadillac Catering and Catering by Design.

Martinez- Well we’ve only been open for about 11 months but I started back in October and opened the Kitchen. So almost 6 months. 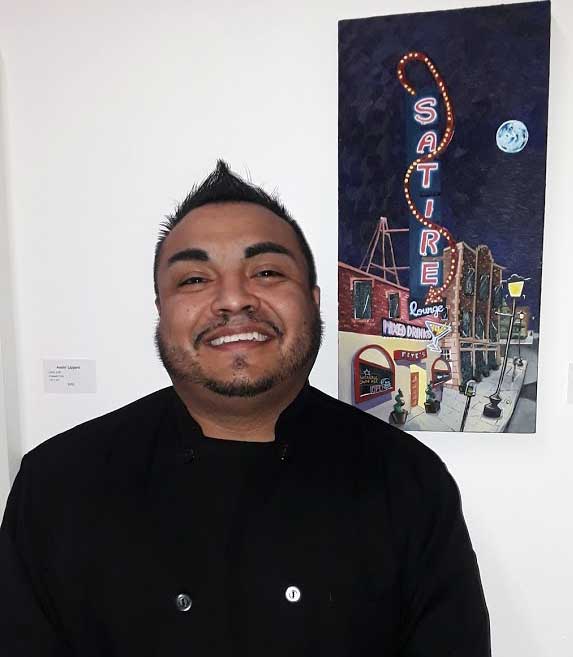 Martinez- I think the whole concept was super cool and totally my style. I was also allowed to be creative and do whatever felt right. Another plus is the fact that we are like a big family. No one is above anyone and we all take credit for making Miller’s & Rossi the best new hangout spot to be!!

8)     What are your signature dishes and Miller & Rossi?

Martinez-Well since opening we have played around with many dishes and although all were great. I think we found what people want and enjoy while visiting our Speakeasy. I’d have to say our Goat Cheese Croquettes with house made Chili Guava Sauce are one that you can’t get anywhere else and another very popular dish that is a must try is our Famous Steak & Avocado Pipe Bombs with dry aged sirloin, straight from Western Daughter’s local butcher shop!

9)     What do you feel sets Millers& Rossi  apart from  other Speakeasies in Denver?

Martinez- I know that here at Miller’s & Rossi we strive to be the best, above all the rest. We by far have some of the most unique craft cocktails with a fun atmosphere and great food and music. What else can you ask for!

Martinez-Continue following your dreams and don’t let anyone or where you’re from have an impact on how much you can achieve. Love yourself and what you do!