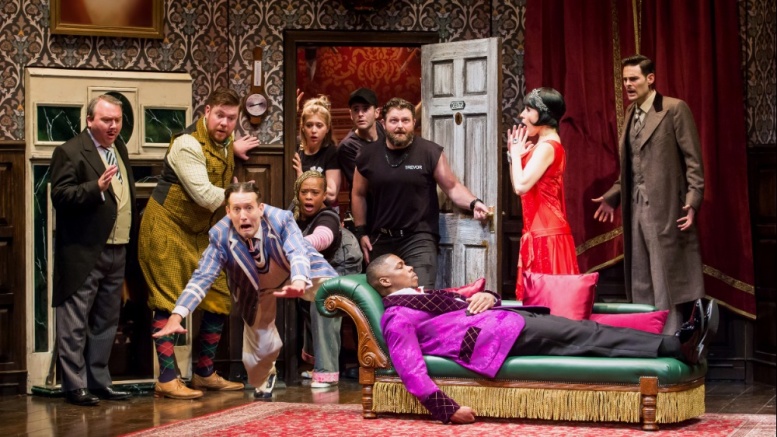 “I laughed for nearly two hours straight” said Maria after seeing “The Play That Goes Wrong” currently playing at the Buell Theater at the Denver Center for the Performing Arts (DCPA) through March 17th . Maria added “It is rare you go to a theatre production that can keep you laughing the entire time. I usually go to a comedy club for laughs and even then I don’t laugh all the way through”.  Maria was joined in the laughter by a sold out audience opening night that featured a type of slap stick comedy rarely seen in Broadway productions anymore. 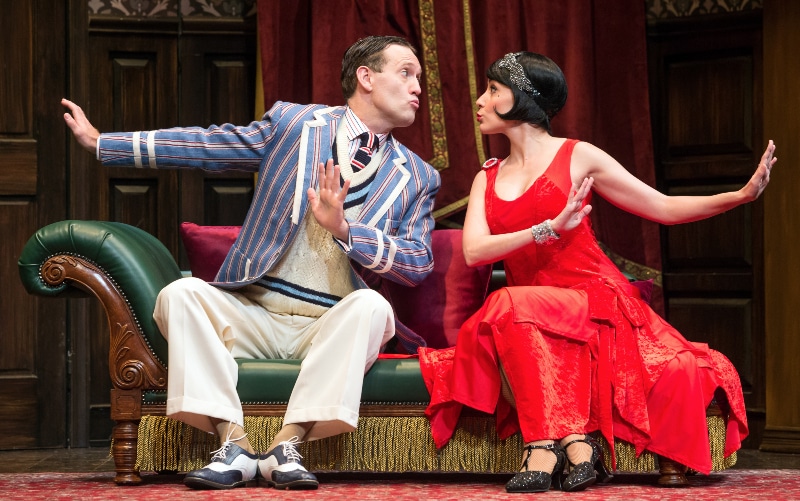 “The Play That Goes Wrong also features Jamie Ann Romero, A Denver native who has gone from the stage at Chatfield High School to many of the biggest stages around the country. Romero, who now lives in New York, told Latin Life Denver that as a high school actor she always dreamed of performing at the Buell and is thrilled to be home again performing in this highly renown national touring production.

“It’s absolutely wild that this is happening,” Romero recently told the DCPA NewsCenter. “Growing up, going to the Buell was always such a special treat, and I remember the theatre always seemed so massive. Usually, the Buell is reserved for big musicals. And I don’t normally do big musicals, so I never thought I would get to do a show there. And yet … here I am. I don’t know that I’ve ever looked forward to the month of March more.”

The Play That Goes Wrong is about a company of valiant actors who come up against every problem imaginable while touring their little murder mystery across the country. The actors are not ready, the set is not in place yet the curtain rises to a scene is disarray. It all goes hilariously down hill from there as the production stresses to hold itself together in more ways than 10.  Falling set pieces and broken props and actors skipping lines leaves the audience wondering what else could possibly go wrong, but they do and in non-stop fashion.

A DCPA NewsCenter feature said, “Romero was a highly sought local actor from the moment she graduated from UNC, with her primary artistic homes being the Denver Center, Colorado Shakespeare Festival, Boulder Ensemble Theatre Company and Colorado Springs TheatreWorks. She remains an Artistic Associate with Boulder’s Local Theater Company. Incidentally, patrons of Off-Center’s annual co-production of The SantaLand Diaries have been hearing Romero’s taped voice count down the number of remaining shopping days for the past 10 Decembers. 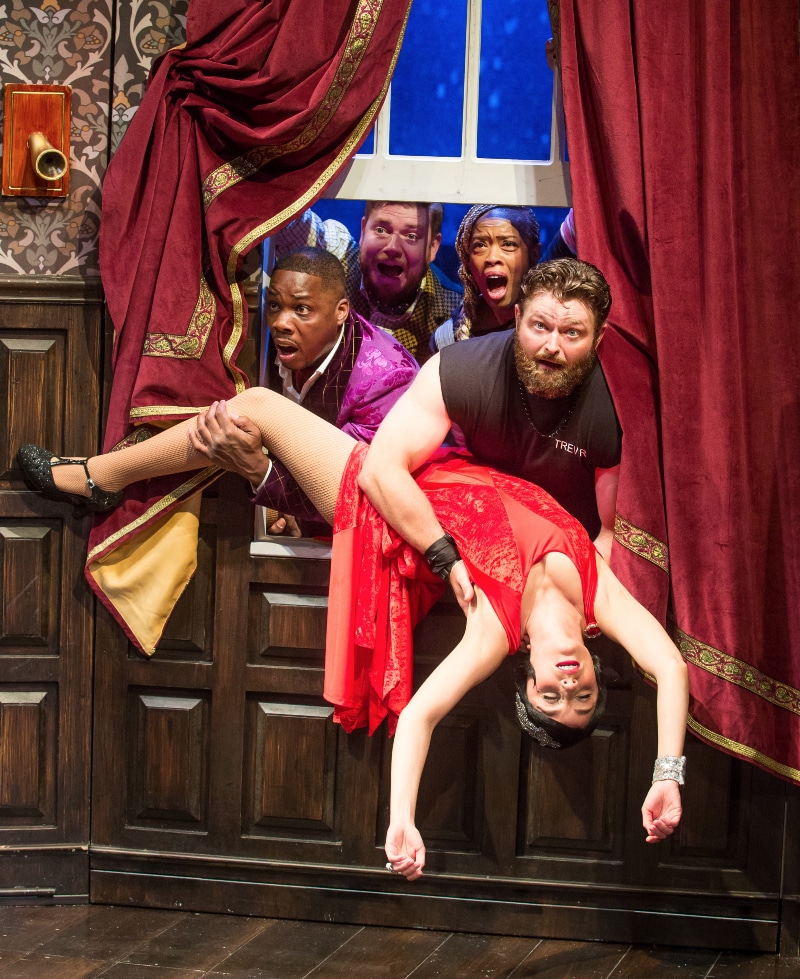 Romero moved to New York in 2014 with one humble goal: “To be lucky enough to work.” That, she has. Her New York acting career got off to a fairy-tale start when she was immediately asked to help out at the auditions for the esteemed Paper Mill Playhouse’s production of Christopher Durang’s Vanya & Sonya & Masha & Spike in Milburn, New Jersey. She sat at the director’s table reading the opposing lines for the actors who were officially auditioning to be in the play. But she was soon asked to meet Director Don Stephenson herself, and he hired Romero to play Nina opposite Tony-winning actor Michele Pawk. Durang himself came to the opening performance. 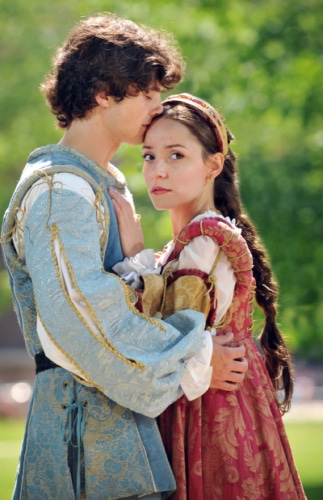 She also starred in a short film called “Sunday 1287,” produced by fellow UNC grad Blake Babbitt. She then had two acclaimed seasons at the Oregon Shakespeare Festival headlining Shakespeare in Love and the world-premiere drama The River Bride, among others. Last summer, she made her off-Broadway debut as the female understudy in Tracy Letts’ Mary Page Marlowe. Recent film (“Viper Club”) and TV (“House of Cards” and “The Punisher”) appearances have upped her national profile even further.

But her biggest break to date came last August when Romero was hired to help launch the first national tour of  The Play That Goes Wrong, which follows the Cornley Polytechnic Drama Society’s doomed efforts to stage a 1920s murder mystery. Romero will make her first-ever appearance on The Buell Theatre stage from March 5-17.  Read more of the DCPA NewsCenter interview with Jamie Ann Romero HERE.