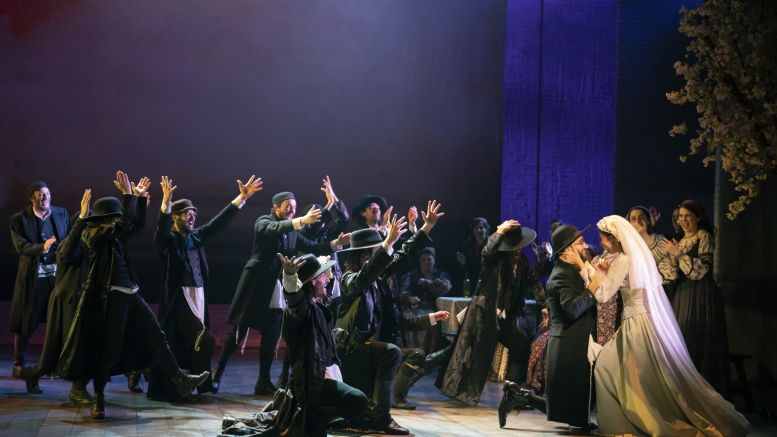 I wasn’t sure if I was a Fiddler On The Roof kind of guy. After all a play about an impoverished Jewish family trying to hold on to culture and survive in the midst of a Russian invasion sounded more depressing than entertaining. I had seen parts of the film over the years but it really never caught on with me. Wow, has my head been up in the clouds or what? 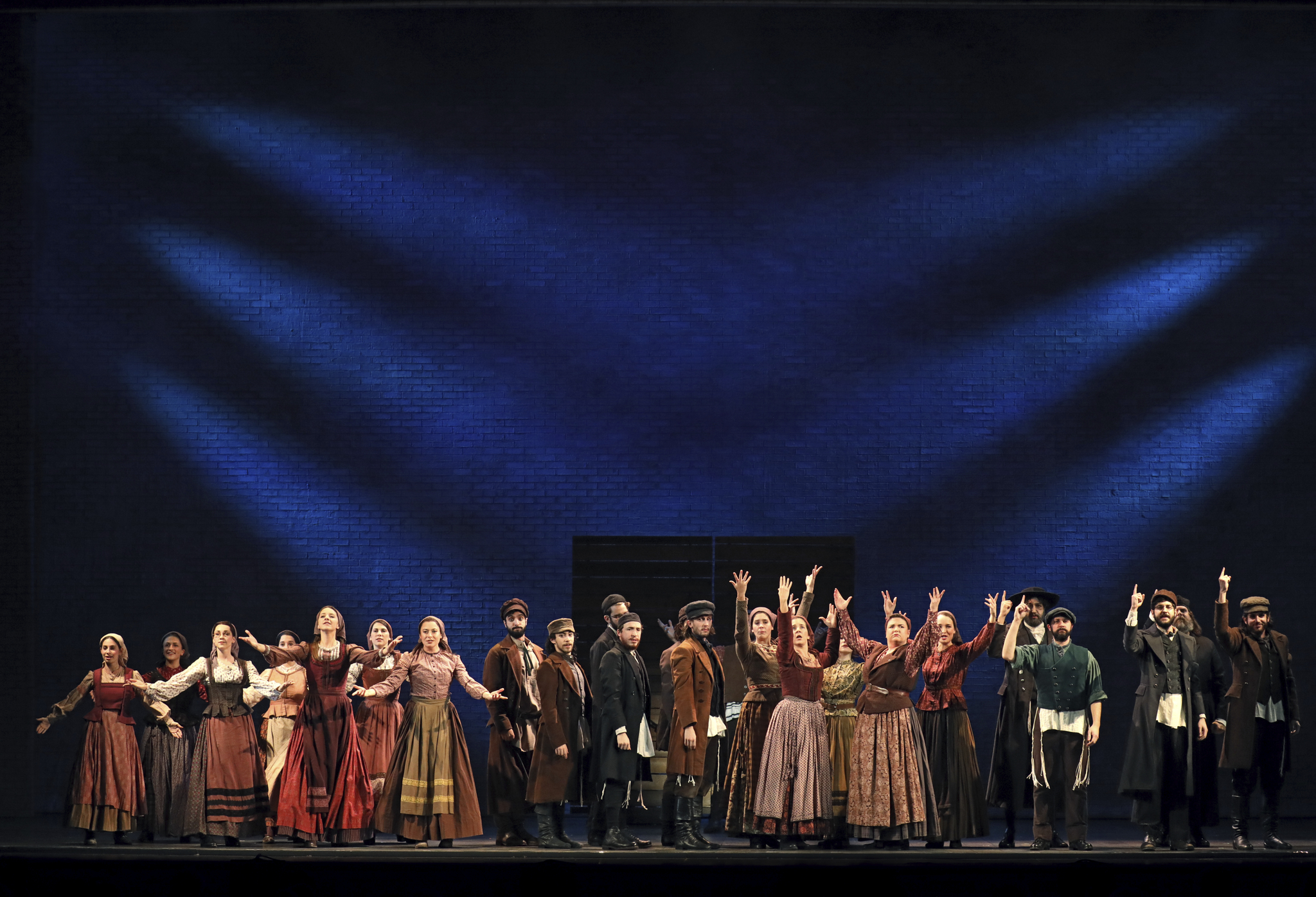 I totally loved every minute of this three hour production currently playing at the Denver Center for the Performing Arts. I had heard many of the songs over the years but was especially impressed hearing them in this setting performed with an outstanding live orchestra. “Tradition,” “Sunrise, Sunset,” “If I Were A Rich Man,” “Matchmaker, Matchmaker” and “To Life (L’Chaim),” were wonderful. I was moved by Yehezkel Lazarov’s “Do You Love Me” where he sweetly asks his wife of 25 years the question he has yearned to know the answer to but was to afraid to ask. After all the first time they met was on their wedding day. It was a prearranged marriage as had been the tradition at the time. Now Lazorov’s three eldest daughters face the same fate and strongly resist some of the old customs, particularly prearranged marriages.

Fiddler on the Roof is based on Tevye (or Tevye the Dairyman) and his five daughters, a series of stories by Sholem Aleichem that he wrote in Yiddish between 1894 and 1914 about Jewish life in a village in the Pale of Settlement of Imperial Russia at the turn of the 20th century. 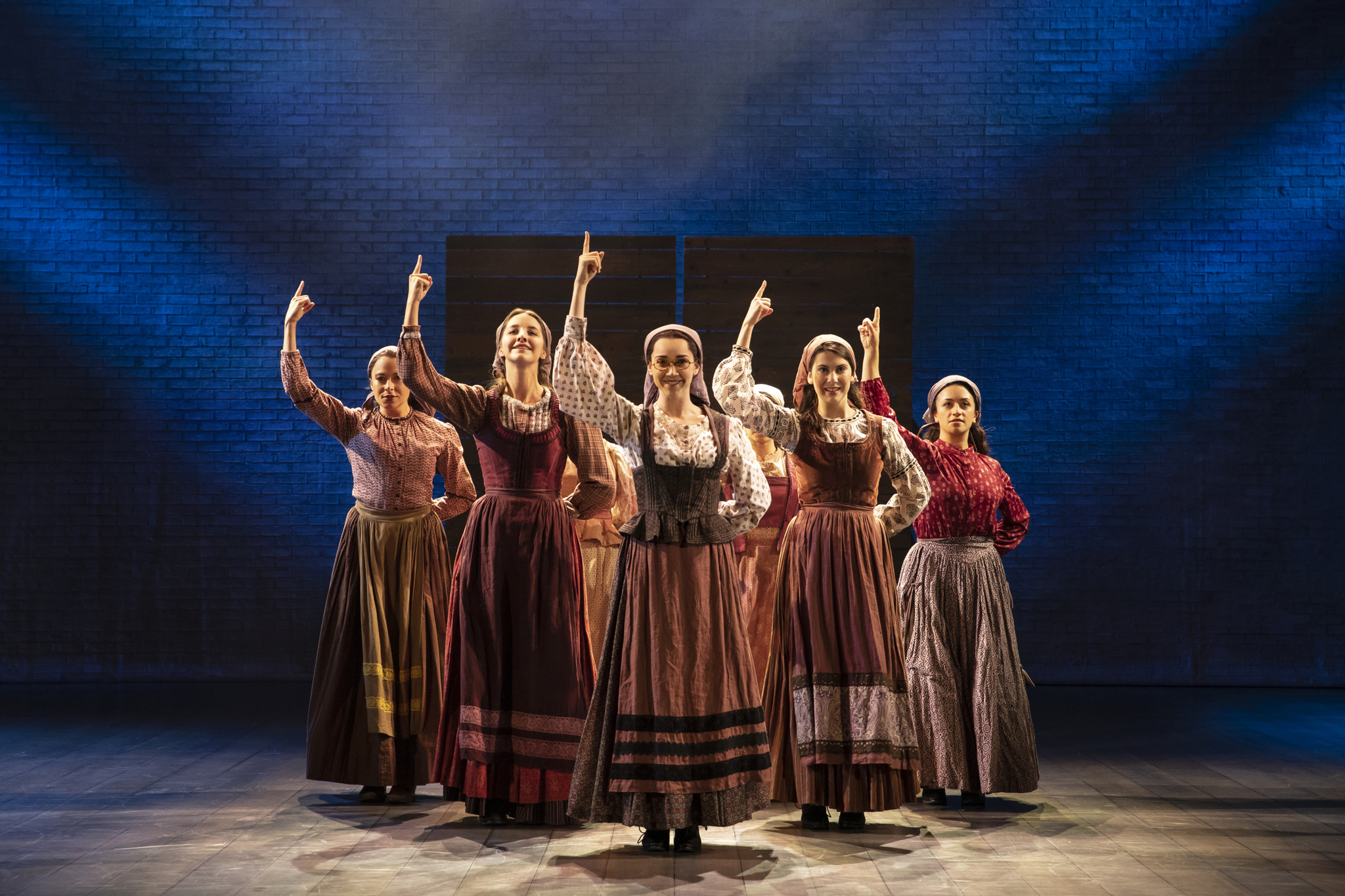 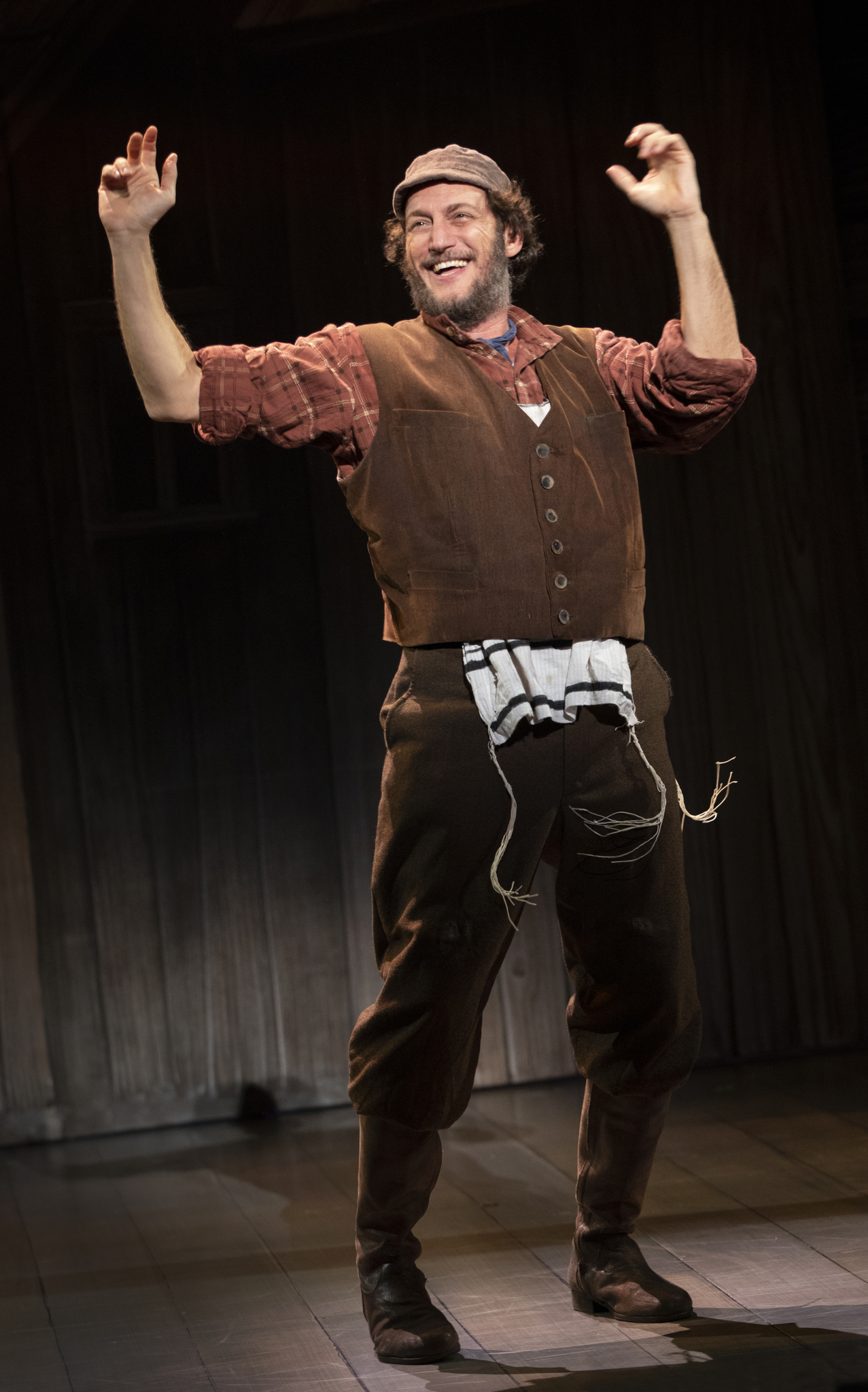 Lazarov’s range in acting in singing is especially impressive. He can go to an intimidating  strong willed beast of man to a gentle, loving giant almost in the same breath. The entire cast is superb and will leave you feeling happy you came to the theatre.

As promotion for the play puts it, “Fiddler on the Roof is the heartwarming story of fathers and daughters, husbands and wives, and life, love and laughter. Tony-winning director Bartlett Sher and the team behind South Pacific, The King and I and 2017 Tony-winning Best Play Oslo, bring a fresh and authentic vision to this beloved theatrical masterpiece from Tony winner Joseph Stein and Pulitzer Prize winners Jerry Bock and Sheldon Harnick. Featuring a talented cast, lavish orchestra and stunning movement and dance from Israeli choreographer Hofesh Shechter, based on the original staging by Jerome Robbins, Fiddler on the Roof  introduces a new generation to the uplifting celebration that raises its cup to joy.

There are many plays that are one timers and then there are others that you can see time and again. Fiddler on the roof is one of those. I would see this play again in a heartbeat and probably end up enjoying it even more fully.