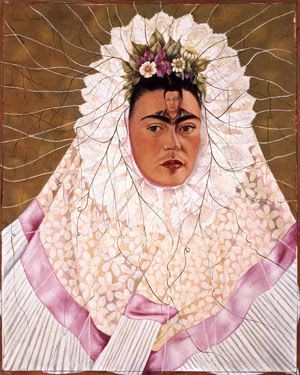 The Denver Art Museum (DAM) today announced Frida Kahlo, Diego Rivera, and Mexican Modernism from the Jacques and Natasha Gelman Collection, a traveling exhibition focused on the post-Mexican Revolution artworks of internationally celebrated artists Frida Kahlo, Diego Rivera and their contemporaries, including Lola Alvarez Bravo, Gunther Gerzso, María Izquierdo and Carlos Mérida. Organized by MondoMostre and curated locally by Rebecca Hart, Vicki and Kent Logan Curator of Modern and Contemporary Art at the DAM, a selection of more than 150 artworks will be on display in the DAM’s Anschutz and Martin & McCormick Galleries from Oct. 25, 2020, to Jan. 17, 2021.

The thematic exhibition will take a closer look at the role art, artists, indigenous culture and their supporters played in the emergence of national identity and creative spirit after the Mexican Revolution ended in 1920. Frida Kahlo, Diego Rivera, and Mexican Modernism will bring the Mexican modernism movement to the forefront through artworks, murals and performative culture, all of which contributed to widespread and universal themes of independence and national identity. The exhibition also will cover the topic of important women artists during this period. 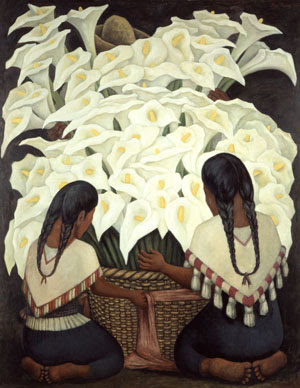 “With the centennial anniversary of the end of the Mexican Revolution upon us, we look forward to presenting an exhibition that highlights this vital period in history through a variety of artistic mediums,” said Christoph Heinrich, Frederick and Jan Mayer Director at the DAM. “This is the first time we will showcase more than 20 artworks by the famous Mexican artist Frida Kahlo, which include paintings and drawings.”

Most of the featured exhibition artworks will be on view from the Jacques and Natasha Gelman Collection. Jacques was a major influencer of the Golden Age of Mexican cinema, which took place from the 1930s until the mid-1900s, through his partner role at Posa Films, and his connection to film was instrumental in linking the Gelmans to an influential circle of artists. Jacques and Natasha assembled a strong collection of Mexican modernism movement artworks by collecting primarily from friends who were active during the Mexican modernism movement. Their circle of friends included Frida and Diego, who each completed commissioned paintings for the family during Mexico City’s important energetic arts scene period. 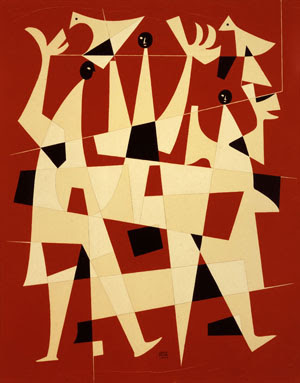 Credited with playing a crucial role in establishing a Mexican avant-garde, Frida Kahlo and Diego Rivera established a lasting legacy through their contributions to the art world. Rivera, long regarded as one of the most influential painters of the 20th century, is also largely associated with Mexican muralism. Painting in his own unique style that blended traditional and modern painting techniques primarily learned in Europe, Diego’s fresco murals incorporated social and political messages aimed at reunifying Mexicans after the revolution by placing a heavy emphasis on untold histories, including indigenous cultures, progressive social thought and interactions with Europeans. Depictions of these murals will be on display in the exhibition through large graphic displays and projections. Original artworks, such as his vastly recognizable 1943 Calla Lilly Vendor painting, featuring two mestizo woman, will also be on view.

Meanwhile, Frida Kahlo’s artworks that will be on display were inspired by personal experience, Mexican folk art and a world view that embraced contradictions, often called magical realism. Similar to Diego’s body of work, Frida’s work also incorporates portrayals of mexicanidad, an identity born of Mexico’s ancient cultures and its colonial past that projected a visionary future. A blend of these artistic styles are often evident through her self-portraits and other paintings. Seven of Frida’s self-portraits will be on view in this exhibition, including her 1943 painting titled Diego on my Mind, where she depicts herself wearing a Tehuana dress and reflects on her romantic relationship with Diego, following their short-lived divorce in 1939.

“I hope this exhibition increases the understanding and appreciation of artists such as Frida Kahlo, Diego Rivera and the iconic Mexican modernist artists of the 20th century,” said Hart. “It’s also my hope that visitors are able to draw connections with their personal experiences and the world around them through the artworks and narratives on display.”

The shift in Mexico’s post-war modernism movement also will be demonstrated through artworks by Diego and Frida’s contemporaries such as Carlos Mérida’s vibrant and bold 1959 painting titled Festival of the Birds, which used figurative, surreal and geometric styles to depict a flock of birds. María Izquierdo’s 1946 Naturaleza viva artwork features a variety of still-life fruits, vegetables and a conch shell, symbolic of Mexico’s authentic beauty and fresh goods that are abundant across the country.

Additional works included in the Frida Kahlo, Diego Rivera, and Mexican Modernism exhibition are from the Collection of John and Sandy Fox. The exhibition also will include artworks from the DAM’s encyclopedic collection to enrich the presentation.

Frida Kahlo, Diego Rivera, and Mexican Modernism will require a special exhibition ticket. Ticket pricing and availability will be announced at a later date. The exhibition will include an adult and family audio guide, and an exit shop will feature a variety of objects inspired by the presentation and modernism movement.

Frida Kahlo, Diego Rivera, and Mexican Modernism from the Jacques and Natasha Gelman Collection is organized by The Vergel Foundation and MondoMostre in collaboration with the Instituto Nacional de Bellas Artes y Literatura (INBAL). It is presented with generous support from the donors of the Annual Fund Leadership Campaign and the citizens who support the Scientific and Cultural Facilities District (SCFD). Promotional support is provided by 5280 Magazine, CBS4, Comcast Spotlight and The Denver Post.

The Denver Art Museum is an educational, nonprofit resource that sparks creative thinking and expression through transformative experiences with art. Its holdings reflect the city and region—and provide invaluable ways for the community to learn about cultures from around the world. Metro citizens support the Scientific and Cultural Facilities District (SCFD), a unique funding source serving hundreds of metro Denver arts, culture and scientific organizations. For museum information, call 720-865-5000 or visit www.denverartmuseum.org.

Dior “From Paris To The World” Via Denver!

A Passion for Perfection, The Artistic Evolution of Edgar Degas, Only In Denver Thru May 20th