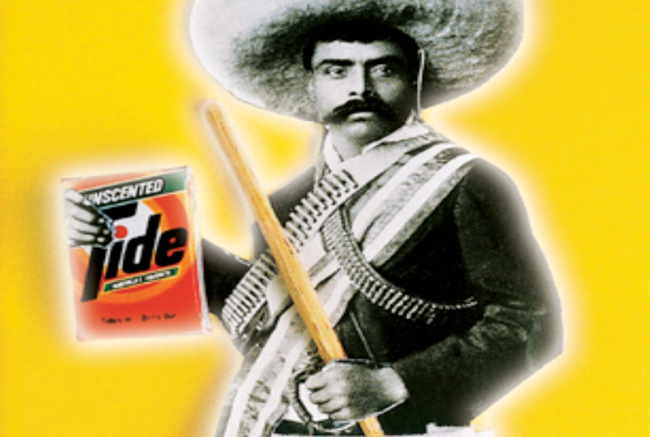 Denver-based artist, Daniel Salazar, has been selected to exhibit his photographic print, El Mandilón (the House Husband), at the Museum Palace of Fine Arts in Mexico City, Mexico as part of the exhibition, “Emiliano Zapata After Zapata, “ opens November 26, 2019 to February 16, 2020.

The exhibit will present visual images of Emiliano Zapata, a key figure in the Mexican Revolution, created by artists in Mexico and the United States throughout history. 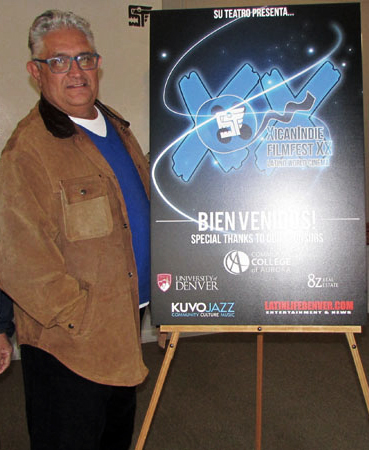 Daniel Salazar is a media artist who has produced award winning documentaries of Chican@ subjects. His permanent collections reside in various cities, including Denver, San Francisco, and New York. He graduated from the University of Colorado, Boulder and resides in Denver, Colorado where he directs the XicanIndie FilmFest at Su Teatro Cultural and Performing Arts Center and operates Razalas Studios in Denver. Currently he is producing a multimedia oral history entitled Movimiento Elders a tribute to the Civil Rights activists that created the Chicano Movement in Colorado. Photo by Latin Life Denver Media. 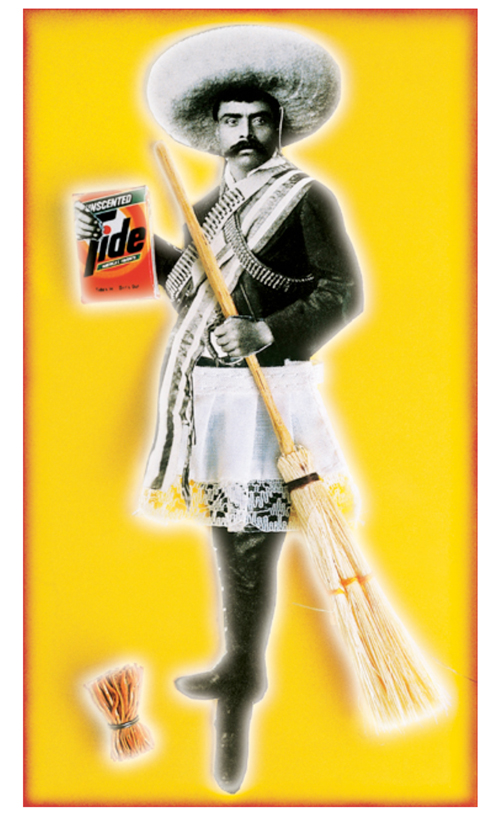 The museum describes the exhibit as “…a project to interrogate the irrepressible nature of images…and as part of a continuous visual diaspora between Mexico and the United States.” An effusive Salazar states, “The invitation to exhibit at the Palacio de Bellas Arte, the most prestigious gallery in Mexico, celebrating one of our most beloved heroes, Emiliano Zapata, is an honor and privilege. For me it feels like macho exoneration considering the uproar that happened when I first exhibited El Mandilon in Denver.”

Salazar created El Mandilón in 1995, as part of his series Machos Sensitivos (Sensitive Machos), in which he re-imagined photos of Mexican Revolutionaries to carry out domestic work and don feminine accessories. Originally exhibited in Denver, Colorado at the Emmanuel Gallery, Salazar’s series instigated local protest by individuals who considered his work denigrating venerated Mexican heroes such as Emiliano Zapata.

Discussing his piece, El Mandilón, Salazar explains, Emiliano Zapata has become an international icon representing revolutionary ideals and action. In Machos Sensitivos he’s been enlisted to more fully contribute to his community, family and life partners and is unafraid of doing housework.

El Mandilón presents Zapata wearing an apron and holding a box of Tide laundry detergent and a broom. The exhibit at the Museum Palace of Fine Arts is a curatorial proposal by Luis Adrián Vargas Santiago through four thematic sections: I Peasant Leader, the Making of a National Hero, Migrant Images, Other Revolutions.

The Palace of Fine Arts is a prominent cultural center in Mexico City and world-renowned center for fine and performing arts.

“The River Bride” A Fish Out Of Water, LLD Theater Review