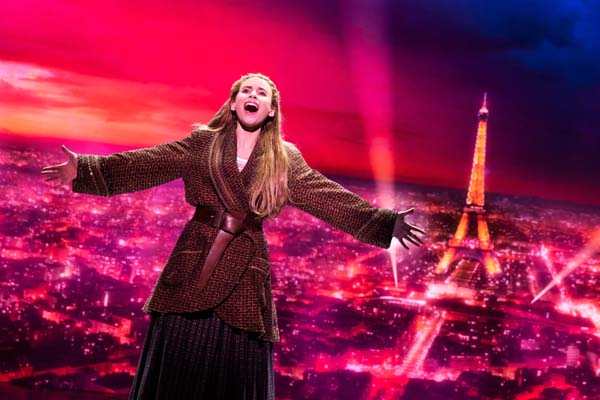 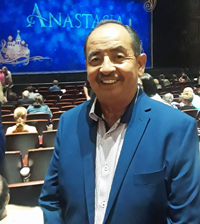 You can watch other people ride the roller coaster, they can tell you all about it, but it until you experience it for yourself you will never know what it is truly like. And so it is with Anastasia.

Amazing, fantastic, wonderful, enchanting were just some of the many accolades’ expressed by theater goes following the opening night performance of Anastasia August 7th.

Those are just some of the ways to describe this wonderful theatrical production now playing at the Buell Theatre at the Denver Center for the Performing arts through August 18th. 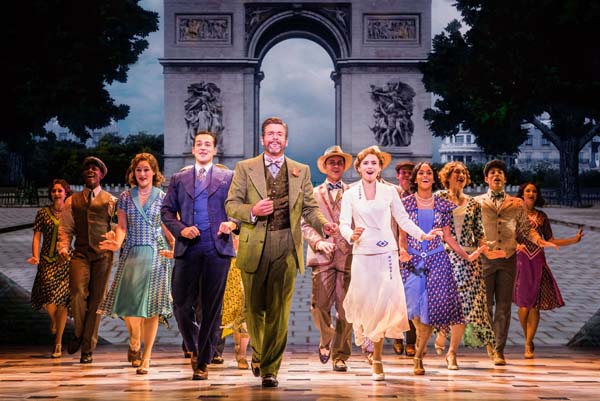 “This is the best production I have seen here at the Buell” said Tony Kovaleski, 7News Investigative Reporter, “The train scene was so captivating; it made you feel like you were on that train with them travelling the countryside from St. Petersburg, Russia to border of France. It was just incredible,” He told Latin Life Denver. Susan Benavidez said it made her feel like she was in a dream. “I felt like I was a little girl again, like I was in a fantasy sharing the experience with Anastasia. I was drawn in from the first moment to the last. It was just beautiful,” she said. 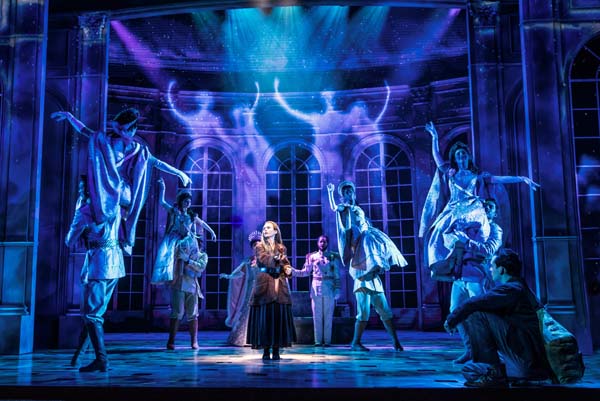 Lila Coogan (Anya) and the company of the National Tour of ANASTASIA. Photo by Evan Zimmerman, MurphyMade.

It is the stage effects that make this production so impressive along with the acting, costumes, live orchestra and story. The advertising for Anastasia states, “This dazzling show will transport you from the twilight of the Russian Empire to the euphoria of Paris in the 1920s, as a brave young woman sets out on a journey to discover the mystery of her past.” Transport is the operative word in that statement. Like a Star Trek transporter beam.

As so the audience is taken on fantasy ride that Walt Disney would have enjoyed.

One moment you are in Russian aristocratic ball room dancing the night away, then on the streets of St. Petersburg in Russia, then on a train to Paris where suddenly you are on the elevator to the top of the Eiffel Tower for a view of the fireworks, then to the romantic  gardens of Paris and the long cobblestone pathways.  Soon you are in a Paris ballroom for a 1920’s Gala, then to the Neva Club where Russian expatriates gather to drink vodka, sing and dance. And if that wasn’t enough you get to join all the protagonists for the ballet, which drew roaring applause seldom heard in the Buell Theatre. 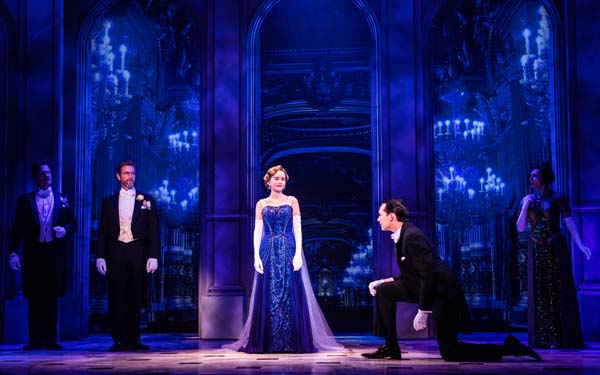 Lila Coogan (Anya), Stephen Brower (Dmitry) and the company of the National Tour of ANASTASIA. Photo by Evan Zimmerman, MurphyMade.

All the transitions are done seamlessly and instantly. There is little shuffling in and out of set pieces.The 3D illusions are so convincing that you have to remind yourself that this is live theatre and not the movie. No 3D glasses required.

The story takes place in the early 1900’s. Anastasia’s grandmother, the Dowager Empress in Paris has given the child Anastasia a music box as a keepsake. “Remember me whenever you open it” she instructs her. But when tragedy strikes with the execution of Tsar Nicholas II and the rest of Anastasia’s family she finds herself wandering the streets of Russia suffering from amnesia wondering who she is.

As the years go by, Anastasia, now a young woman, comes across two con men who hope collect reward money from her grandmother by passing off this young lady as the Grand Duchess Anastasia Nikolaevna. Little do they know she is the real thing so they try to groom her into behaving and believing she is the real Anastasia. 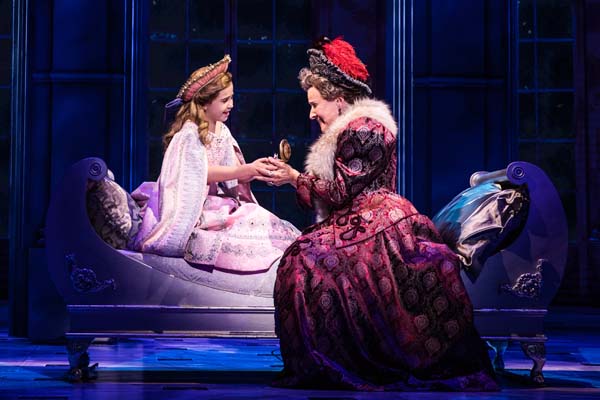 The grandmother who has long sought for her granddaughter’s return has grown weary and tired of all the impostors who have come her way pretending to be Anastasia. “Just tell them I am dead” she instructs her aide who just happens to have had a romantic relationship with one of the con men who are now trying to get an audience with the grandmother hoping to con her into thinking this is her real granddaughter. The other, younger con man, develops strong feelings for Anastasia and she for him but he fears once she is pawned off as Anastasia he will never see her again.

Through it all there is the Bolshevik general who has orders to hunt down and kill Anastasia so she will be kept quiet about the executions of her family should her memory return. He is torn by his affection for Anastasia and his obligation to duty.

None of this gives the story away. It is an experience you have to enjoy for yourself. Enjoy the Ride…