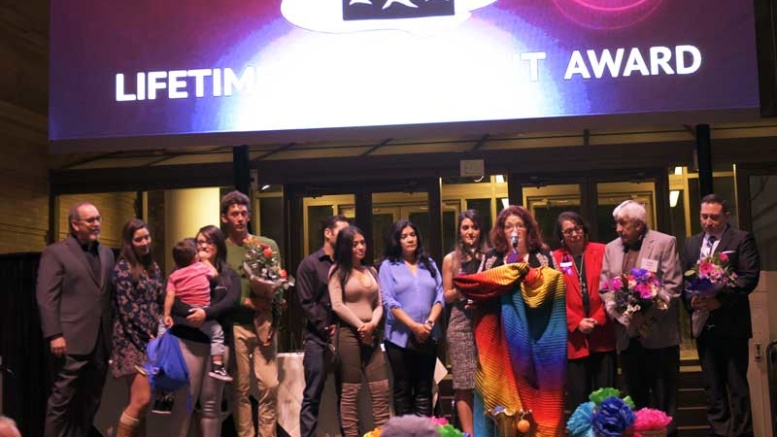 My name is Bridget Garcia and I’m honored to help introduce the Lifetime Achievement Awardee, my grandma, Romaine Pacheco.  Romaine comes from Las Vegas New Mexico, the youngest of 6 children.  Her father was an immigrant from Lebanon who came over as a teenager and worked on the railroad.  Her mother was from New Mexico and worked for a veterinarian.

At 23 she found herself a divorced mother of 3 young daughters after she and her husband moved to Denver so he could attend DU Law School.  Her girls’ father returned to New Mexico and Romaine stayed and got a job as a legal secretary.  She brought her mother to Denver to help raise her children while she worked.

Being civically active from an early age, she volunteered on many political campaigns and became known for her work in this area.  She was hired by then Congresswoman Pat Schroeder to work in her Denver office.  Romaine rose quickly through the ranks and was soon put in charge of the entire operation of the congresswoman’s office in Denver.

Romaine is credited with “writing the book” on constituent services and the congressional office was achieving a level of service that was unheard of at that time.  Even now, her reputation in this area proceeds her.  Once when a candidate running for Colorado governor heard her name, he said he hadn’t met her but that he heard of her because her office had set the standard for service to her district that everyone needed to copy.  And he was from the other party. 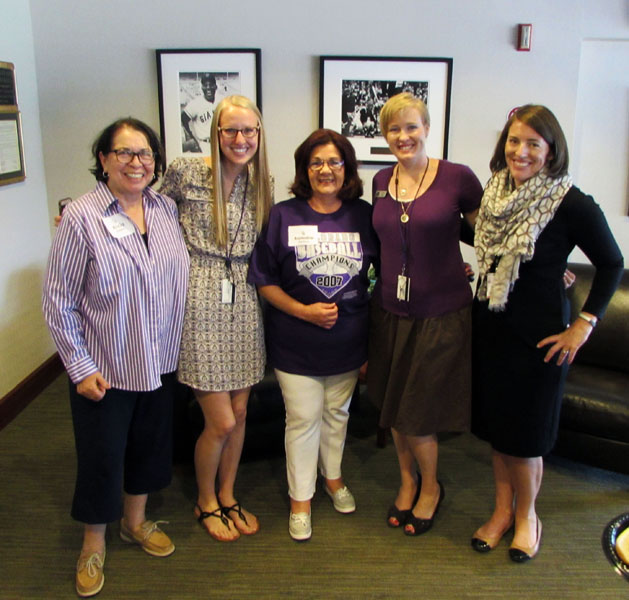 Her worked helped the congresswoman to maintain a stronghold in the 1st district that no one has been able to duplicate since.

She was hired away to be the first Latina on the executive team for what was back then, the first cable franchise in Denver.   She is part of the reason we enjoy cable and wifi in Colorado today.  She pioneered the way for many Latinas by creating programming in the company to provide professional development for women and by giving women and Hispanics a voice in the media industry.

She was tapped as talent for the first hispanic community television show, Quinto Sol.  She was almost a one-man show, in that she was the producer, director, on air host—she did everything but point the camera at herself and produced an award winning show to showcase culture in the Hispanic community.   This was almost unheard of for women in that time.  END BRIDGET 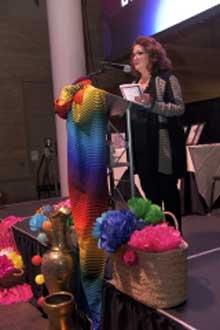 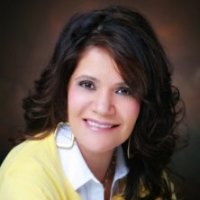 DIEDRA GARCIA:  Romaine couldn’t stay out of politics for long and eventually wound up back in a US Senate office working for Senator Ken Salazar and later Michael Bennet.  She quickly became known as an expert in immigration policy and procedures and helped keep many families together by keeping them in this country legally.  She was and is a tireless advocate and if you know her—is unstoppable and never takes no for an answer—not from any bureaucrat, office or representative—and as a result, has been the reason why so many families are still together.  To this day she is sought out for help on difficult immigration cases.

Today, she represents the Governor and the state of Colorado by sourcing leaders from all over the state for 300 seats on state boards and commissions.  The Governor sought her out for this position, entertained no other candidates.  He told me he thought of her immediately and no one else because “oh, your mom knows everybody.”

In addition to her work, Romaine has always found time to volunteer and to lead in community efforts.  She was the first Latina to serve on both the Denver Water Board and the CSU Board of Governors and definitely the first to be President of both.  That probably doesn’t sound like so big a deal now, because there are many more Latina role models.  But only because of women like my mom.  She paved the way by demonstrating that she was knowledgeable, prepared, credible and professional and opened the door. 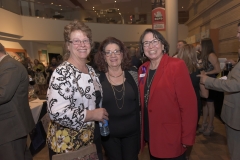 In an extension of her work she also volunteers with non-profits that support causes she is passionate about, like Latina Safehouse.  She was a founding member of Adelante Mujer, an organization that was one of the first to dedicate itself to Latina education and empowerment.  With Sister Alicia, she led the fundraising effort at El Centro San Juan Diego and Bienestar that made it possible to provide literacy services to immigrants to help them prepare for jobs.

Despite her accomplishments in work and the community, she will be the first to tell you that her children, grandchildren and now great grandchildren are the core of her existence.  I remember when my sisters and I were growing up– you know those mom’s you see on tv, who are in the kitchen baking cookies, ironing clothes, sewing costumes for the school play all in high heels and a beautiful dress?  Yeah, well that wasn’t her.  She worked a lot so we had our grandmother for all of those things. 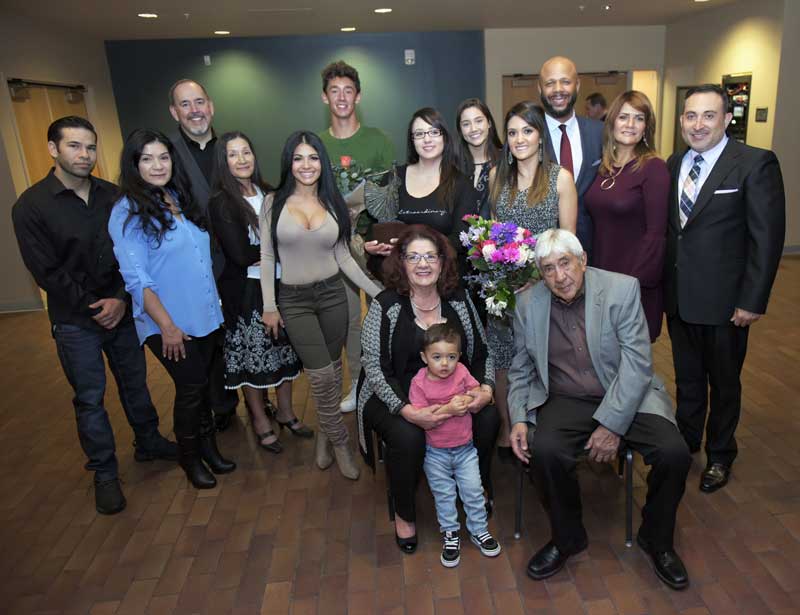 But when Romaine became a grandmother herself, she was everything to her grandkids.  She found time to dye eggs, play in the sand, read stories, go to the zoo, fix scraped knees, dress up the dolls, sew the doll clothes—didn’t matter what it was, or what time of day or night, she wanted to be in their lives in an unforgettable way.  I’m pretty sure I speak for my sisters, my girls and my nieces and nephews when I say, I don’t think our kids would be the same without her.  And as if that were not enough, I thought I could never be more grateful for her for the help she gave me as a mom, she helps me even more as a grandmother with my grandson.

Mom, grandma, great grandma, although it will never be enough, tonight we salute you, we honor you for your lifetime of achievement and the example you have set.