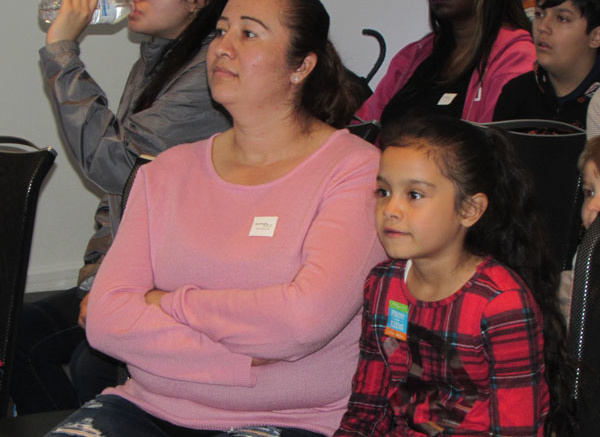 HOW LATINOS WILL LOSE MORE THAN THEY GAIN FROM TAX CUTS FOR THE RICH AND PROFITABLE CORPORATIONS
Mi Familia Vota, National Immigration Law Center, UnidosUS and Center on Budget and Policy Priorities:

WASHINGTON, DC — As the Senate prepares to vote on a package of tax cuts that will mostly benefit the wealthy and add at least $1.4 trillion to the federal deficit, Latino and immigrant rights advocates will be joined by the Center on Budget and Policy Priorities (CBPP) on a press call to discuss the impact on Latino households.

In 2016, Latinos had a median income of $47,675, compared to $59,039 for the total population, according to the U.S. Census Bureau. Almost 70% of Latino households earned less than $75,000 the same year. Critical tax policies, such as Child Tax Credits, will remain stagnant or be reduced for many families under the proposed tax legislation.

Adding insult to injury, the tax cuts will be paid for by slashing programs that are essential to Latinos, such as Medicaid. For example, Medicaid spending is expected to be cut by about $1 trillion under the budget approved by Congress, and Medicaid provides health coverage to 7.4 million Latino adults and 12.2 million Latino children, in addition to millions of seniors and people with disabilities, according to CBPP.