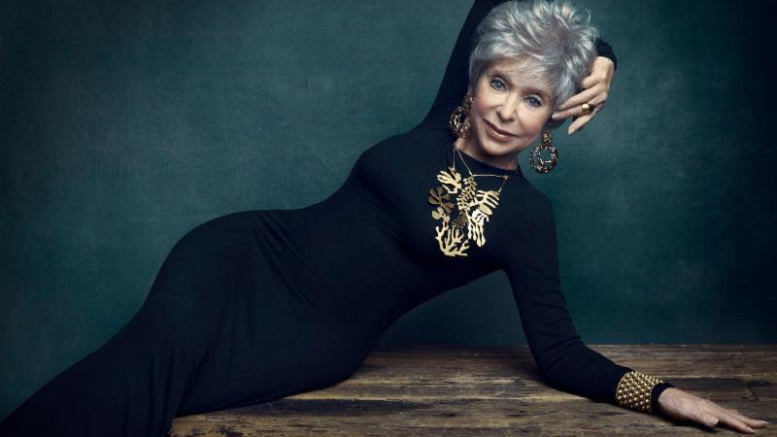 “Rita Moreno: “The Girl Who Decided to Go For It”  will show the star’s rich, decades-long career using vérité footage of Moreno today, archival footage of her roles and appearances, reenactments of her childhood, interviews with Moreno, those close to her and performers she influenced, and animation. Film interviewees include Norman Lear, Lin-Manuel Miranda, Gloria and Emilio Estefan, Morgan Freeman, Mitzi Gaynor, Whoopi Goldberg, Eva Longoria, Justina Machado, Terrence McNally, and Chita Rivera. Her most notable roles include “The Electric Company” (PBS), the Broadway and feature film versions of “The Ritz,” “The Four Seasons,” “Where on Earth is Carmen Sandiego?” “Oz” and, most recently, “One Day at a Time.” 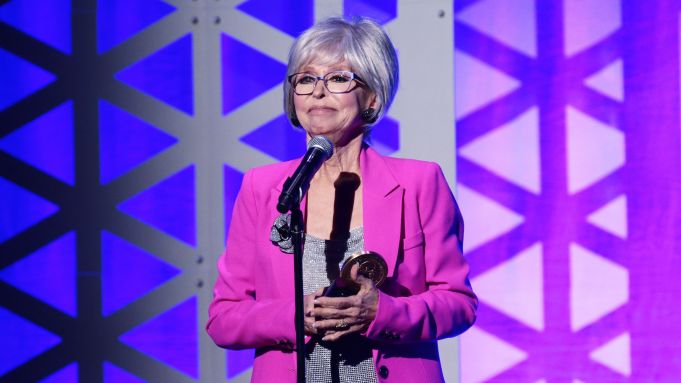 “Rita Moreno has won every major award – the Peabody, Emmy, Grammy, Oscar, Tony – for good reason,” said Michael Kantor, AMERICAN MASTERS series executive producer. “She is not just an American Master, she is an American treasure.”

“How I wish my Puerto Rican mother were alive to see this: her child’s story being celebrated by the likes of AMERICAN MASTERS,” said Rita Moreno. “It is not something she or I could ever have imagined. I’m astonished. I’m humbled.”

“When I learned from my producing partner, Brent Miller, that a film had not yet been made on Rita Moreno, I couldn’t believe it and suggested we make it together,” said executive producer Norman Lear. “There’s no woman more deserving of the AMERICAN MASTERS stamp. Her talent, her activism, her life – all worthy of an audience. And her story, an inspiration to so many, is one that should live on forever.”

“Rita is La Reina. Punto. Full stop,” said executive producer Lin-Manuel Miranda. “Her life, talent and career is a masterclass in the American dream. It is about time that she takes her rightful place amongst her peers on AMERICAN MASTERS.”

“As a filmmaker, woman and Puerto Rican, I am proud to have the opportunity to tell Rita’s story,” said director Mariem Pérez Riera. “Her many victories in the face of prejudice are an inspiration to me. Hopefully, this film will give strength to the women all over the world, who today, face a similar fight towards equality.”

The Television Critics Association Summer Press Tour, PBS and THIRTEEN have announced a new documentary about the EGOT-winning entertainer Rita Moreno slated to premiere in 2020. AMERICAN MASTERS “Rita Moreno: The Girl Who Decided to Go For It” (w.t.) is a partnership between THIRTEEN’s AMERICAN MASTERS series and Norman Lear’s Act III Productions in association with Maramara and executive producer Lin-Manuel Miranda.

Over a career spanning more than 70 years, Rita Moreno defied both her humble upbringing and relentless racism to become a celebrated and award-winning actor. Born into poverty on a Puerto Rican farm, Moreno and her seamstress mother immigrated to New York City when Moreno was five years old. After studying dance and performing on Broadway, Moreno was cast as any ethnic minority the Hollywood studios needed filled: Polynesian, Native American, Egyptian and so on. Despite becoming the first Latina actress to win an Academy Award for her role as Anita in “West Side Story” (1961), the studios continued to offer Moreno lesser roles as stereotypical ethnic minorities, ignoring her proven talent.

Beyond the racism she experienced as a Latina actor, AMERICAN MASTERS “Rita Moreno: The Girl Who Decided to Go For It” (w.t.) will explore the lesser-known struggles Moreno faced on her path to stardom, including pernicious Hollywood sexism and sexual abuse, a toxic relationship with Marlon Brando, and an attempted suicide a year before she won her Oscar. The documentary will demonstrate Moreno’s talent and resilience as she broke barriers and paved the way for new generations of artists by refusing to be pigeonholed and fighting for Latinx representation in a variety of genres.

AMERICAN MASTERS “Rita Moreno: The Girl Who Decided to Go For It” (w.t.) is a production of American Masters Pictures and Act III in association with Maramara. Michael Kantor, Norman Lear, and Lin-Manuel Miranda are executive producers. Brent Miller is producer. Mariem Perez is producer and director. Ilia Velez is co-producer. Michael Kantor is executive producer of AMERICAN MASTERS.