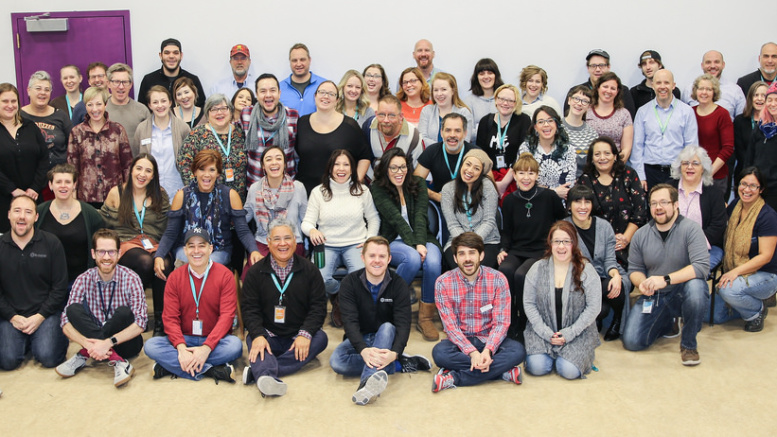 Photos from the opening week of rehearsals for ‘American Mariachi.’ The world-premiere play with music performs in the Stage Theatre from Jan. 26 (opening Feb. 2) through Feb 25.  Photo above by Bobby Plasencia. Other photos by John Moore for the DCPA NewsCenter.

The new play with live music will open at the Stage Theatre in Denver on Feb. 2 and run through Feb. 25 as a featured attraction of the 2018 Colorado New Play Summit. And once it closes here, the entire production will be transported intact to San Diego for a second run opening March 29 – sets, actors and all.

American Mariachi is set in the 1970s American southwest. It follows the journey of a young woman named Lucha, who has become the caretaker for a mother with dementia. When Lucha finds a mariachi record that briefly brings her mother back to life, she becomes determined to learn how to play this magical song for her before it is too late. But at a time when being a female mariachi player was unheard of in the U.S., Lucha’s hopes for performing seem like a fantasy until she assembles a spunky group of female mariachi musicians who are ready to make her dream come true.

“This is an opportunity to tell a really important story about women, about the Latinx culture and about music,” DCPA President and CEO Janice Sinden said at a gathering to greet the cast and creative team as they began rehearsals.

Director James Vásquez agreed that now is a “wildly, wildly” important time to be telling stories about women in the American theatre. “I grew up surrounded and influenced by strong women all my life,” he said, “so to be able to help tell these stories is an honor — and, I think, a duty.”

Here are five things we learned at first rehearsal:

The DCPA will host its second community conversation introducing American Mariachi and its importance from 6-8 p.m. Thursday, Jan. 11, at the Newman Building for Theatre Education, located at 13th and Arapahoe streets. DCPA Director of Strategic Projects FloraJane DiRienzo said the gathering is an opportunity for all interested parties to join Vásquez,, learn more about the play and discuss with DCPA staff how to deepen engagement with the Hispanic and Latinx communities around this high-profile staging. “We are truly thrilled to have you here,” said Dr. Patricia Baca (pictured above and right), longtime DCPA board member and former Denver Public Schools deputy superintendent, in welcoming the American Mariachi cast and creative team to Denver. “To me, this play is extremely important, certainly for the Latinx community, but really for all communities. We’re going to get a lot of people here to see the talent that you bring, and the potential that you represent to young people in our community. You are the reality of what our kids dream of.” Anyone wanting to attend the free conversation is asked to RSVP by email to Jennifer Kemps at JKemps@dcpa.org.

Our report from the first Mariachi community conversation

Conversations around American Mariachi reflect a rise in the term “Latinx” (pronounced “Latin X”), which is being more widely embraced among scholars, community leaders and journalists as a gender-neutral alternative to Latino or Latina.  According to The Huffigton Post, Latinx is part of a “linguistic revolution” that aims to move beyond gender binaries and is inclusive of the intersecting identities of Latin American descendants. In addition to men and women from all racial backgrounds, Latinx also makes room for people who are trans, queer, agender, non-binary, gender non-conforming or gender fluid.

The mural that made the director and playwright cry is shown in progress. It is the vision of Scenic Designer Regina Garcia. Photo by John Moore for the DCPA NewsCenter.

González returns to Denver with his third world-premiere play for the DCPA Theatre Company, following the lyrical magical realism piece September Shoes in 2005 and the outright comedy Sunsets and Margaritas in 2008. Last week, he and Vásquez got an early peek at a massive mural that will serve as the foundation of Regina Garcia’s scenic design in the DCPA’s scenic shop. “Both of us just started crying,” Vásquez said. Addressing all of the artists who are working in any capacity toward the creation of this show, González said: “To me, you are all magical unicorns, because you make magic. You are the heart and soul of the DCPA, and I am humbled by that. Thank you for your talent, for your professionalism, and for your desire to make the impossible happen.”

Vásquez described American Mariachi as the story of underdogs, “and right now, there is no better play to celebrate the underdog stepping into their voice than this one,” he said. “We get to tell the story of five underdogs who have been pushed down, and they step out into the world and make a change. I think that’s really exciting, and I think the world is ready for that. So that’s what we are going to do.”

For more than a decade, the DCPA Theatre Company has typically introduced developing new works at its annual Colorado New Play Summitand then scheduled two or three titles to be fully staged on the next mainstage season. American Mariachi was given an unprecedented two-year gestation period, and for that, González is grateful. “It’s really great to have been given the extra time to continue to develop the play with continuing workshops here and in Los Angeles, González said. “What was so wonderful about showing early versions of our story was seeing young women in particular come and see their lives being played out up there on the stage. That is a rare and important thing for them.” 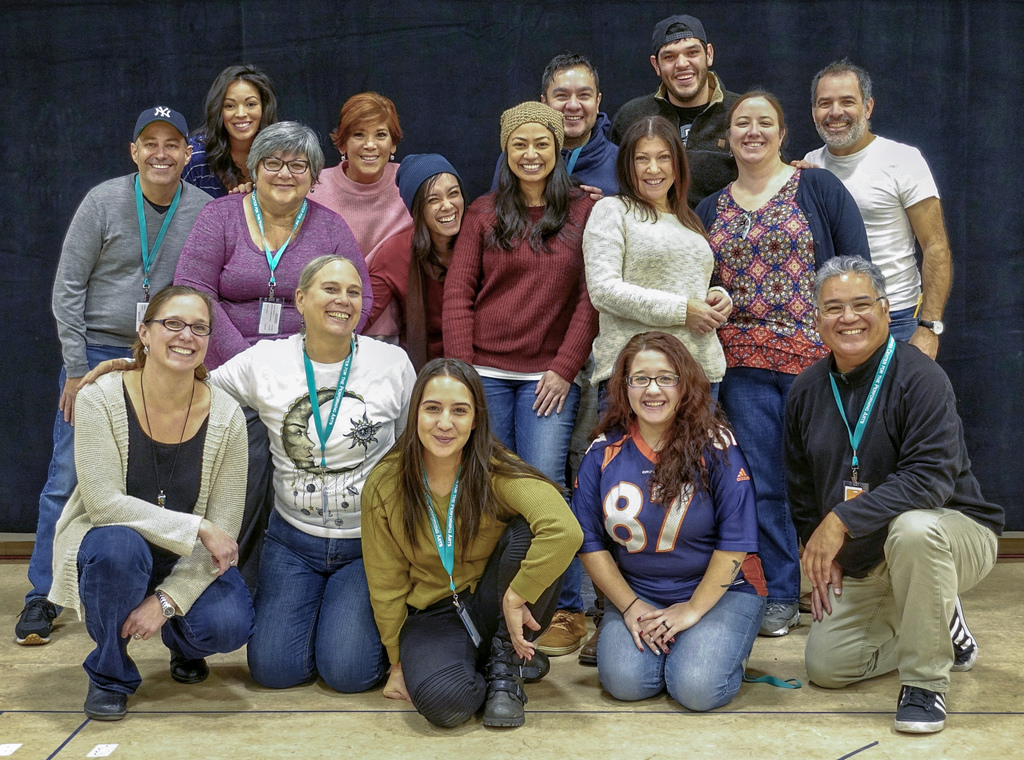 John Moore was named one of the 12 most influential theater critics in the U.S. by American Theatre Magazine in 2011. He has since taken a groundbreaking position as the Denver Center’s Senior Arts Journalist.American Mariachi: Ticket information

At a glance: Lucha and Boli are ready to start their own all-female mariachi band in 1970s’ Denver, but they’ll have to fight a male-dominated music genre and pressure from their families to get it done. This humorous, heartwarming story about music’s power to heal and connect includes gorgeous live mariachi music..

When the realities of her world weigh her down, Lucha uses music to add magic into the lives of her family and friends. Her hopes of performing seem like a fantasy until she assembles a spunky group of female mariachi musicians who are ready to make her dreams come true. As they practice, perform and break with tradition, their music sparks a transformation in the lives of those around them – especially Lucha’s parents. This humorous, heartwarming story about music’s power to heal and connect includes gorgeous live mariachi music played on stage. Share this show with the ones you love and let its vibrant music transform your lives, too.

Denver favorite Playwright José Cruz González returns to the DCPA with another heartwarming story, following his lyrical magical realism piece September Shoes in 2005 and the laugh-out-loud comedy Sunsets and Margaritas in 2008.

Buy more and save up to 20% with the promo code FAMILY when you purchase four or more tickets for your group.*

*Good for any performance and across multiple price levels based on availability. All sales are final, no refunds or exchanges. Discounted service fee of 10% applied to each ticket. Not valid on a prior purchase. For purchases over 20 tickets please call the Box Office (303.893.4100).

Denver Treated to A Contrast in Puerto Rican Musical Styles

For the Love of Tupperware: Dixie’s Tupperware Party Naughty, Raunchy &….?